Cambridge Startup Aims to Revolutionize the Bike with Copenhagen Wheel 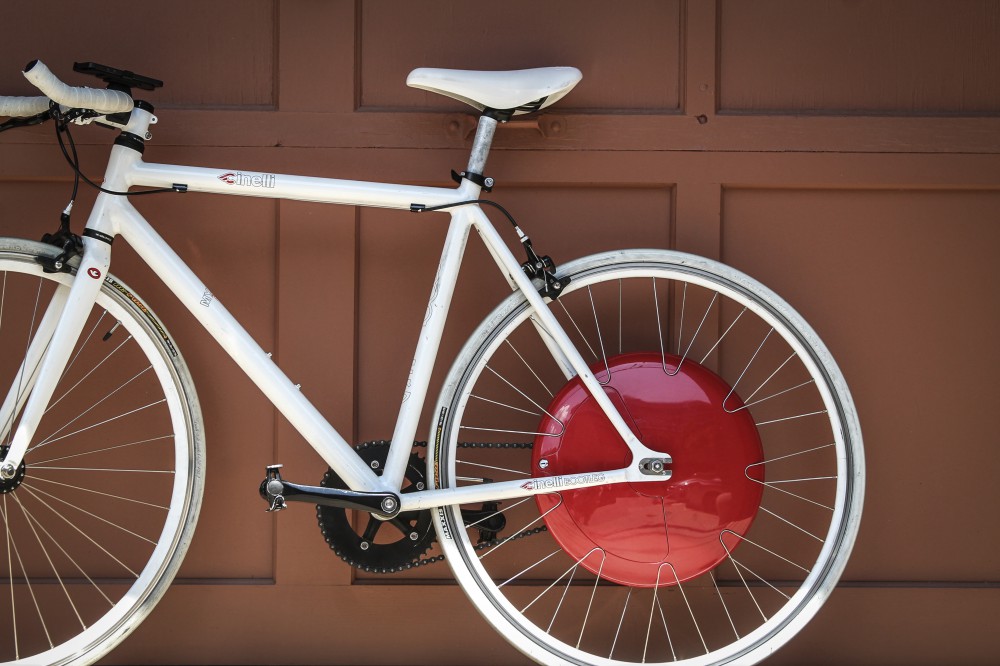 Within the first twenty feet, Andrew Schmidt was sold on it. Prior to his first visit to Superpedestrian’s office in Cambridge, Schmidt knew enough about the Copenhagen Wheel to see the potential. He had been introduced to the electric bike startup by a friend. The Superpedestrian team was looking for someone to do the sort of marketing work Schmidt was currently doing for Puma. But up until that ride, there understandably was some uncertainty.

“You can hear about it, read about it, but until you actually experience it yourself, you do not fully understand the possibilities,” said Schmidt.

Soon after that initial ride, Schmidt joined the team. He was one of several new hires to the Cambridge firm, which has nearly doubled its size these past three months. The company is expected to double again in size by quarter one of next year, with the first consumer models of the Copenhagen Wheel shipping out before the end of 2014. But as of now, its office on Hamilton Street is still a relatively quiet place. 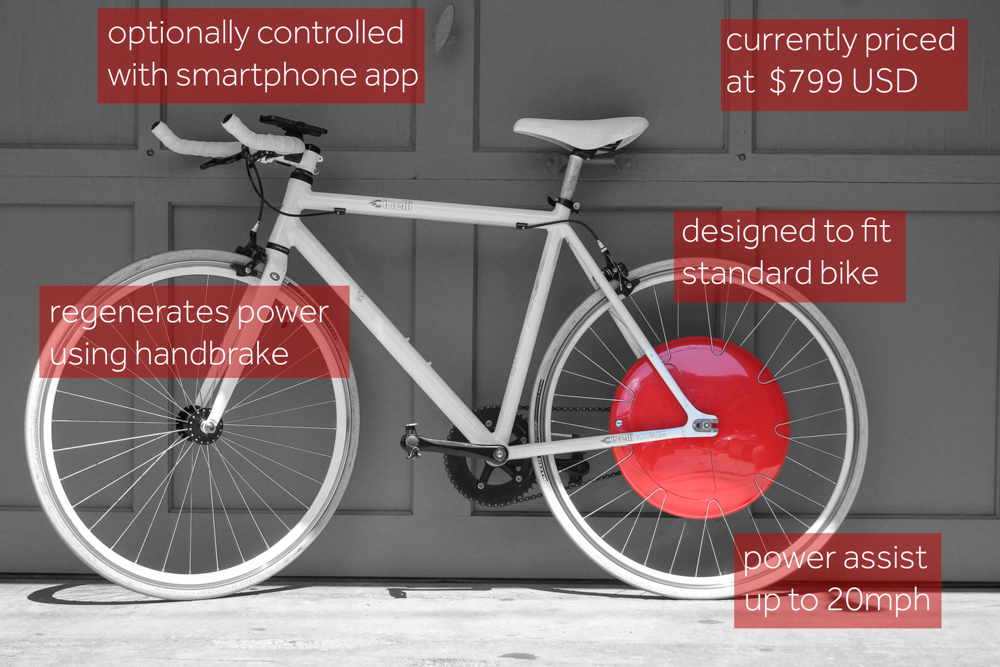 As the name suggests, the Copenhagen Wheel takes a new approach to the electric bike—there’s no necessary hardware to install other than the wheel itself, and it fits on most standard bikes. The device was developed by MIT’s SENSable City Lab in collaboration with the city of Copenhagen, and was first unveiled in 2009 at the COP15 United Nations Climate Conference. In late 2012, Assaf Biderman—a designer of the prototype and Associate Director of the Sensible City Lab—licensed that technology from MIT for commercial use, and thus Superpedestrian was born.

Operated by a lithium battery packed in a metal disk, the wheel’s motor is self-contained. It manipulates the torque on the bike’s back wheel, giving riders a push as they peddle, propelling the bike up to speeds of 20 mph via power assist. The speed settings for the Copenhagen Wheel can be controlled with a smartphone app.

The Copenhagen Wheel was originally developed with urban transport in mind, but after its premier in 2009, dozens of unique use cases have cropped up. As expected, commuters and recreational bicyclists have expressed particular interest in the e-bike concept, but it also has gotten some attention from unexpected sources: recovering patients of knee replacements, the elderly, people with limited mobility. “We have received a lot of interest from the wheelchair industry,” said Schmidt. “We are interested in exploring opportunities in that space and have filed patents for number of wheelchair applications, but for the time being we are focused on bicycles.”

On Friday afternoons, Superpedestrian offers test rides to the public. During my visit to Cambridge, I waited behind a 40-something-year-old bicyclist, dressed in compression shorts and a performance top. He returned at first quite happy about the wheel, but then went on to question the wisdom of Superpedestrian offering the product exclusively in red. The employee he was speaking to smiled, pointing out the red wheel actually matched the red shade of his bike. The man nodded, and decided to commit.

Who exactly the riders of the next generation of e-bikes will be remains to be seen. Boston’s growing bike culture presents a sizable market for the Copenhagen Wheel, especially considering one of its key benefits of the device is its ability to scale hills. Bike ridership in Boston has more than doubled in Boston since 2007, when then-Mayor Menino launched an initiative to study bike traffic in the city and grow infrastructure for it. Superpedestrian expects the Copenhagen Wheel to make strong headway in this growing urban market for bicycles. “If it’s a young professional trying to get to work, great,” said Schmidt. “If it’s someone older that trying to go to the grocery store and pick up groceries, also great. If it’s someone who lives outside of the city that wants to commute to work or want to get more active, but might have some limitations, I think that there’s a market for all those people.”

Click here to see where we’ll be the rest of the season! END_OF_DOCUMENT_TOKEN_TO_BE_REPLACED

We kicked off our 2018 season on the coldest day EVER. END_OF_DOCUMENT_TOKEN_TO_BE_REPLACED

HUBweek came to Boston, and we were there to take it all in. END_OF_DOCUMENT_TOKEN_TO_BE_REPLACED

Our annual sushi celebration is fast becoming the social event of the season. END_OF_DOCUMENT_TOKEN_TO_BE_REPLACED

Bringing it all home. END_OF_DOCUMENT_TOKEN_TO_BE_REPLACED

END_OF_DOCUMENT_TOKEN_TO_BE_REPLACED

The sun came out, and so did we. END_OF_DOCUMENT_TOKEN_TO_BE_REPLACED

Picture this: you’re hungover. Or just getting over the flu. Or jet-lagged. Or just plain run down and exhausted. Now, picture this: a certified nurse comes to your home and helps you through it. That’s the concept behind The I.V. Doc–now available in Boston. Dr. Joseph A. Russo and his team joined me in studio with all the details. END_OF_DOCUMENT_TOKEN_TO_BE_REPLACED