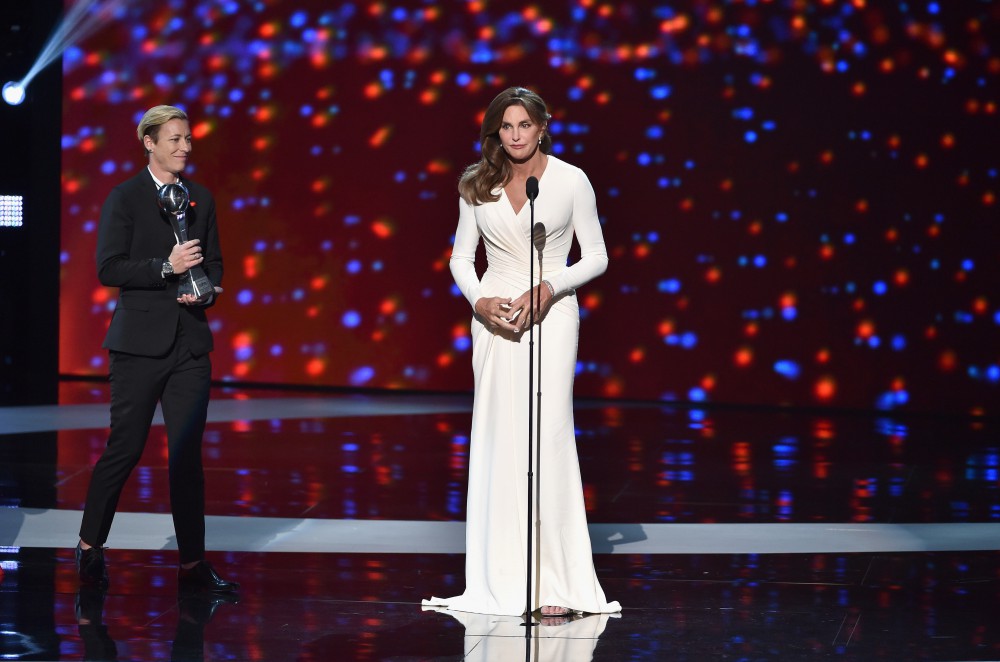 Decades ago, Caitlyn Jenner trained and competed to become the best athlete in the world. But it was the courage to be herself that won Jenner her newest award. 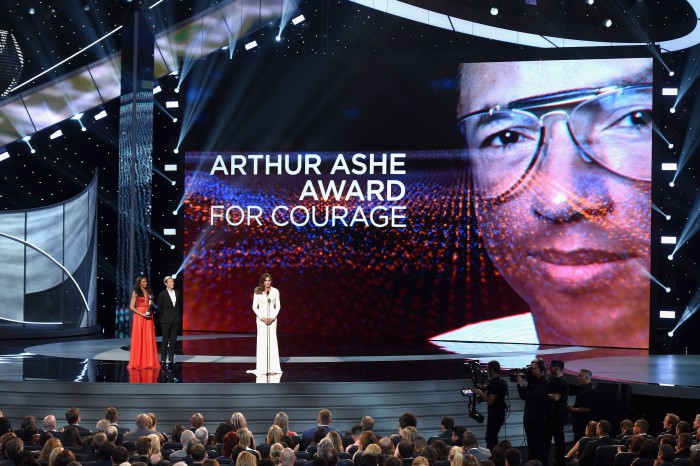 Jenner was the recipient of the Arthur Ashe Courage Award at Sunday’s ESPYs and courage has never looked so good. Introduced by Abby Wambach, of the U.S. women’s national soccer team, Jenner appeared onstage after a heartfelt video detailed the Olympian’s journey from being the epitome of American masculinity to becoming a pioneer of the transgender rights movement.

“The last few months have been a whirlwind of so many different experiences and emotions,” Jenner told the crowd. “It seems every time I turn around in life, I’m putting myself in these high-pressured situations. Competing in the Games, raising a family. But I’ve never felt more pressured than during the last couple of months. Picking out this outfit—okay girls, I get it!”

But the message Jenner had to share was a lot deeper than her appearance.

Growing up in the suburbs of New York, Jenner said she was lucky enough to fall back on sports when dealing with bullies. But she realizes that many of the thousands currently transitioning may not have that same outlet. Naming transgender teens who either committed suicide or were murdered, Jenner reflected her own spotlight on those who needed the attention most.

“As a group, as athletes, how you conduct your lives, what you say, what you do, is absorbed and observed by millions of people, especially young people. I know I’m clear with my responsibility going forward, to tell my story the right way—for me, to keep learning, to reshape the landscape of how trans issues are viewed, how trans people are treated.”

Accepting this award, Jenner explained, isn’t about publicity or controversy or even courage. As she said, it’s about what happens from here: reminding the world that this isn’t just about her but about thousands of people who deserve to be understood.