Bruins: no such thing as ‘peaking too soon,’ so stop complaining about it 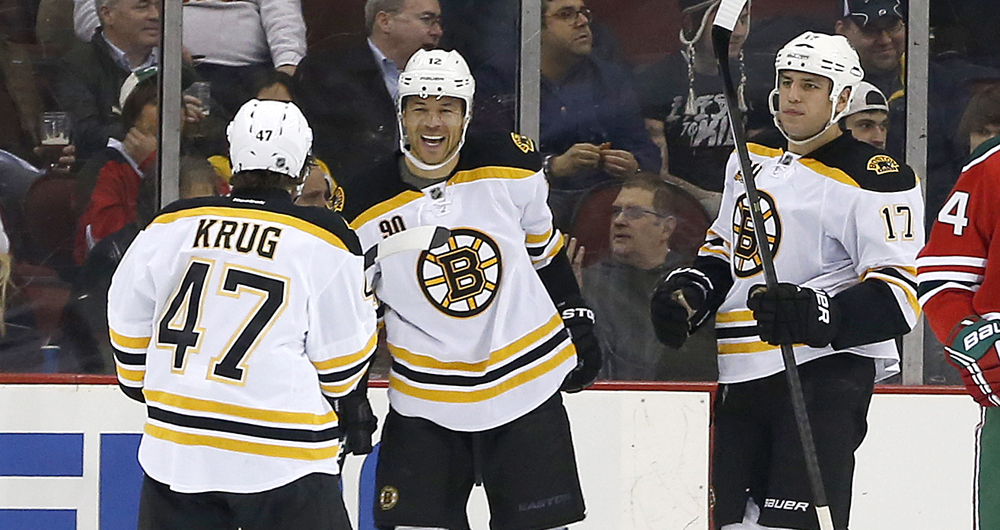 Don’t feel bad if you’ve lost track of the Bruins somewhat over the past couple of weeks. With NFL free agency and all the Pats information to digest, along with the NCAA tournament and the looming Red Sox championship defense, falling a bit behind on hockey, now well into its sixth month but still weeks away from the playoffs, is completely excusable.

Allow me to give you a brief update. The Bruins have won 12 games in a row, the latest being a gutty, come-from-behind, 4-2 decision over Phoenix on Saturday night. They are doing it with superior toughness, great coaching and leadership, and undeniable chemistry. Now with 103 points, they are tied with the St. Louis Blues for the most in the NHL. They are an absolute wagon.

Yet, since there are an abundance of Loud Voices around these parts that are either a) only happy or satisfied when miserable, or b) need something about which to be concerned/worried/fretful in order to feel relevant, whether real or manufactured, there has been a particularly absurd narrative making its way across the airwaves and the interwebs of late which supposes that with the postseason still three weeks away, the Bs are “peaking too soon.”

Since perspective, nuance and context are all of little concern to these Loud Voices, we’ll ignore for the moment the fact that last year’s Bruins lost six of their last eight and eight of their last 12 games in the regular season before getting all the way to the doorstep of a Stanley Cup Finals Game 7. Or that 10 of their 12 consecutive wins have come since they supposedly botched the trade deadline by “not doing enough.”

Instead, let’s focus on what an amazing achievement this winning streak, now just one shy of a franchise record, really is. Even though you may have also heard that the streak isn’t really that impressive because most of the teams they’ve beaten since last losing on the first of the month “aren’t that good,” or “suck,”– that’s complete bullshit. Winning 12 games in a row in any professional sports league is a tremendous accomplishment.

It starts up front, where veteran Jarome Iginla, who spurned the Bruins at last year’s trade deadline to join the Pittsburgh Penguins only to be swept in the Eastern Conference Finals by the very team he rebuffed, has caught fire and carried the Bs to this point. Iginla scored two more goals in the win over the Coyotes, giving him 28 on the season and a whopping 11 during the winning streak, passing Bruins legend Johnny Bucyk for 25th all-time with 558 in the process.

Iginla’s exploits in the desert pushed him that much closer to wrapping up Player of the Month honors with over a week to go. He’s lent an air of gravity to the proceedings with his demeanor, professionalism and work ethic, qualities that are rubbing off on everyone, his linemates David Krejci and Milan Lucic in particular. Whether his terrific regular season translates to the playoffs, where he was fine but not great for Pittsburgh last season, remains to be seen. But as both a leader and a replacement for the mercurial Nathan Horton, he’s more than lived up to his billing.

The defense, responsible for most of the consternation surrounding the team since Dennis Seidenberg went down in late December, has barely missed a beat. The Bs did not acquire any big-name defensemen at the trade deadline earlier in the month, choosing to simply add depth to what they already had (much to the chagrin of the Loud Voices) by bringing in Andrej Meszaros from Philadelphia and Corey Potter from Edmonton. Although some would have had Bruins fans believe that only making these minor moves would soon lead to the complete demise of not only the franchise but the world as we know it, the team has allowed more than two goals just twice during the streak, once since the deadline. In fact, the number of goals allowed game by game since the Tampa Bay Lightning netted three on March 8, have been as follows: two, one, one, one, one, two, zero, two. This is as much a testament to the blue line corps as to the goaltending of the masterful Tuukka Rask and his more than capable backup Chad “Don’t Call Me Ochocinco” Johnson.

Look, the point is, the Bruins are a great team currently playing great hockey. They could have packed it in down 2-1 heading into the third period in Phoenix. They were far from home on the second night of a back-to-back and playing their fifth game in eight days. Instead, they ramped up the intensity and smoked the Coyotes, a team desperately chasing a playoff spot in the Western Conference, with three unanswered goals in the period, including both of Iginla’s. No screwing around. Oh, and by the way, with those three tallies, they’ve now outscored opponents an otherworldly 92-48 in the third period this season.

This is a big week for the Bs. They host the hated Canadiens tonight then play a Finals rematch against the Chicago Blackhawks at the Garden on Thursday before embarking on a back-to-back at Eastern Conference rivals Washington and Philly (which sports the league’s next longest winning streak at five) next weekend. There are 11 games left until the postseason and this winning streak has given the Bs enough room to have the luxury of managing minutes and strategically resting guys if they so choose. Any such decisions could come as soon as later in the week or following the gauntlet that is these four upcoming games.

Or not at all. If the Bruins have proven anything over the balance of this month, it’s that they are going to continue do things their way and whatever way that is, it will probably work. They’re not peaking too soon. They didn’t blow the trade deadline. They’re just playing the schedule, sticking to their style and winning, which is exactly what they’re supposed to do.