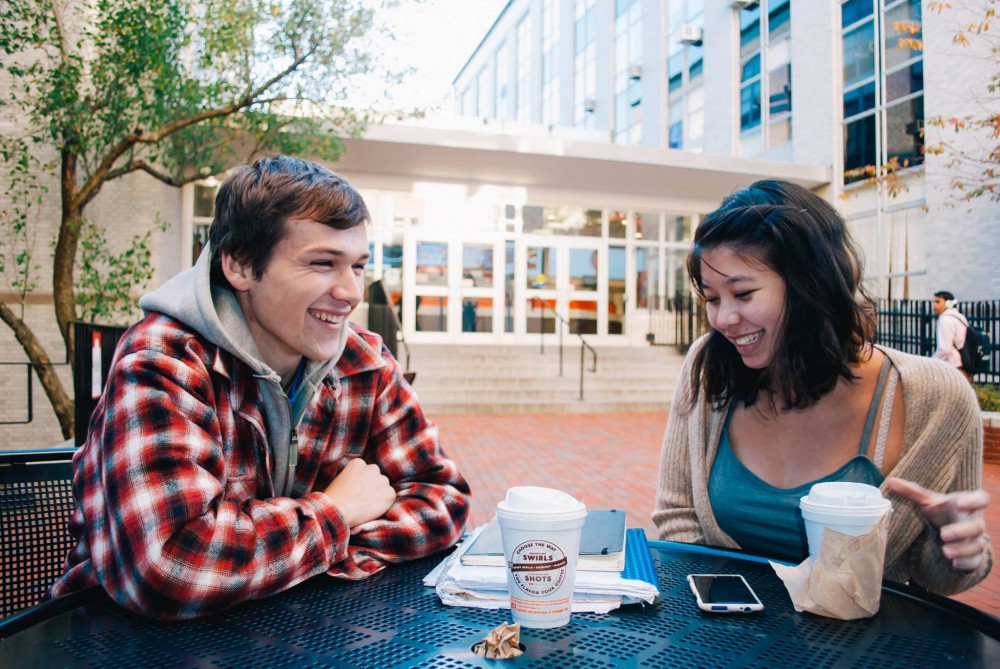 There are certain accents that just make you swoon. But according to a new study, there’s one accent that reigns supreme in its ability to make people weak in the knees.

A poll of 11,000 people conducted by The Time Out Global Dating Survey found that the British accent was chosen ahead of an American accent with Irish and Australian behind.

However, there was no distinction between regional accents, so the sexiness of a mild Southern drawl was mixed right in with the sultriness of a Long Island construction worker.

While French may no longer be the language of love, Paris is still regarded as the most romantic city where as London placed sixth. And while the French may not woo the world with their words, the study reported Paris has the world’s best dating scene, followed by Melbourne, Kuala Lumpur, Beijing and Chicago.

So if you’re a Brit looking for love, head to Paris and you should be golden.

It was great having Meredith Goldstein back in studio this morning to talk about the latest edition of Love Letters. Listen to our chat and you’ll figure out why I chose the song I chose to go along with today’s letter. END_OF_DOCUMENT_TOKEN_TO_BE_REPLACED

SXSW is underway in Austin, showcasing the best and newest elements of the music, film, and interactive marketing worlds. In between attending tech seminars and film screenings, festival-goers are spending time on Tinder. But their swipe-rights aren’t ending in hook ups.
END_OF_DOCUMENT_TOKEN_TO_BE_REPLACED

Today marks the sort of anticipated launch of Tinder Plus in the United States following a four-month trial run with European and South American users. The paid version of the dating app boasts two “premium” features, the ability to swipe in other cities without leaving your couch and the option to “undo,” should you accidentally impulsively swipe left on your soulmate. END_OF_DOCUMENT_TOKEN_TO_BE_REPLACED

You know the regular grind: You spend eight hours of day, staring at a screen, doing whatever task-based job you’re being paid on a weekly basis to do… but sometimes, you just want to see who else is single and ready to mingle at 2 on a Tuesday afternoon. END_OF_DOCUMENT_TOKEN_TO_BE_REPLACED

Anyone who has spent a fair amount of time online dating knows your greatest ally in the field is your bartender. They can provide a pep talk if you arrive early. And another if the night ends up a bust. Also, they control the flow of liquor. END_OF_DOCUMENT_TOKEN_TO_BE_REPLACED

Tinder, a dating app that fine-tunes millennials’ facial recognition skills,  had its busiest day ever on Valentine’s Day. END_OF_DOCUMENT_TOKEN_TO_BE_REPLACED

This year, Valentine’s Day isn’t just a day to send each other horrible greeting cards and eat candy that tastes like pulverized chalk. It’s also the tenth anniversary of the founding of YouTube. END_OF_DOCUMENT_TOKEN_TO_BE_REPLACED

END_OF_DOCUMENT_TOKEN_TO_BE_REPLACED

I have an awesome friend who just started dating an awful girl. Before they got together she befriended mutual friends solely to get him to start dating her, then ditched them as soon as she had him. Now she acts sulky at group events if he isn’t always paying her attention, and is rude to anyone who can’t directly benefit her, especially girls. She’s not someone I want to be around if I can help it.  END_OF_DOCUMENT_TOKEN_TO_BE_REPLACED