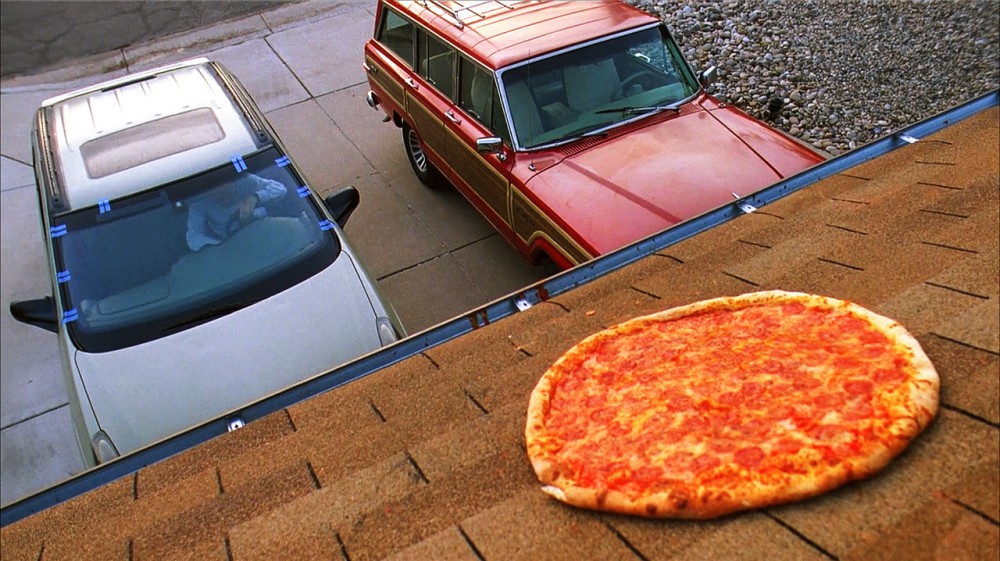 With AMC’s Breaking Bad spinoff Better Call Saul thriving, and hardcore fans spending time finding all the easter eggs and callbacks to the Emmy-winning show, it’s clear Walter White still has a ton of die-hard followers. But show creator Vince Gilligan is calling out some of those die-hards for throwing pizzas on the roof of the Albuquerque house where Breaking Bad was shot, and upsetting the nice lady who lives there.

On the Better Call Saul Insider Podcast, Gilligan and actor Jonathan Banks (who plays the same character, former Philly cop Mike Ehrmantraut, on Saul as he did on Bad) rip into the pizza pranksters, saying they aren’t real fans, and deserve to have some sense whipped into them.

“There is nothing original or funny or cool about throwing a pizza on this lady’s roof,” Gilligan said. “I don’t even consider them fans, I consider them jagoffs.”

“And if I catch you doing it, I will hunt you down,” Banks added.”If you’re a kid and you’re doing that, straighten your ass out.”

“At the very least, you’re a really spoiled kid, because what are you doing wasting pizza like that?”

Gilligan said that the lady is fine with tourists taking photos of the house off her property, and encouraged visitors to take down license numbers of anyone “acting like an asshole.”

There you have it, you stupid teens. The show’s creator and one of its stars think your pizza-throwing antics are terrible, and you’ve been disbarred as real fans. You would think Walter White’s demise would be reason enough to not do as he did, but apparently you needed a reminder.

Enter to win a pair of tickets to attend The Hess Collection Seminar and Dinner as part of Boston Wine Festival 2018 at the Boston Harbor Hotel on Wednesday, March 14th. END_OF_DOCUMENT_TOKEN_TO_BE_REPLACED

A decade of Wreck The Halls. END_OF_DOCUMENT_TOKEN_TO_BE_REPLACED

Leah Wellbaum from Slothrust brought her trusty six-string to Studio B and turned in the first RadioBDC Session of 2017. Check out her three songs and her chat with Julie Kramer, recorded live on February 28, 2017. END_OF_DOCUMENT_TOKEN_TO_BE_REPLACED

Mike McColgan and Lenny Lashley of Street Dogs were in session on November 30, 2016 to play three songs and chat about their annual Wreck The Halls shows at Brighton Music Hall December 15-18. END_OF_DOCUMENT_TOKEN_TO_BE_REPLACED

Tegan and Sara stopped by for a chat before their House of Blues show on Halloween night. END_OF_DOCUMENT_TOKEN_TO_BE_REPLACED

The sultry boom of Ruby Rose Fox rounded out a summer of sessions in Studio B presented by FindMassMoney.com. Enjoy the videos and Ruby’s chat with Julie Kramer. END_OF_DOCUMENT_TOKEN_TO_BE_REPLACED