For these two brothers, Tom Brady’s birthday is something truly worth celebrating 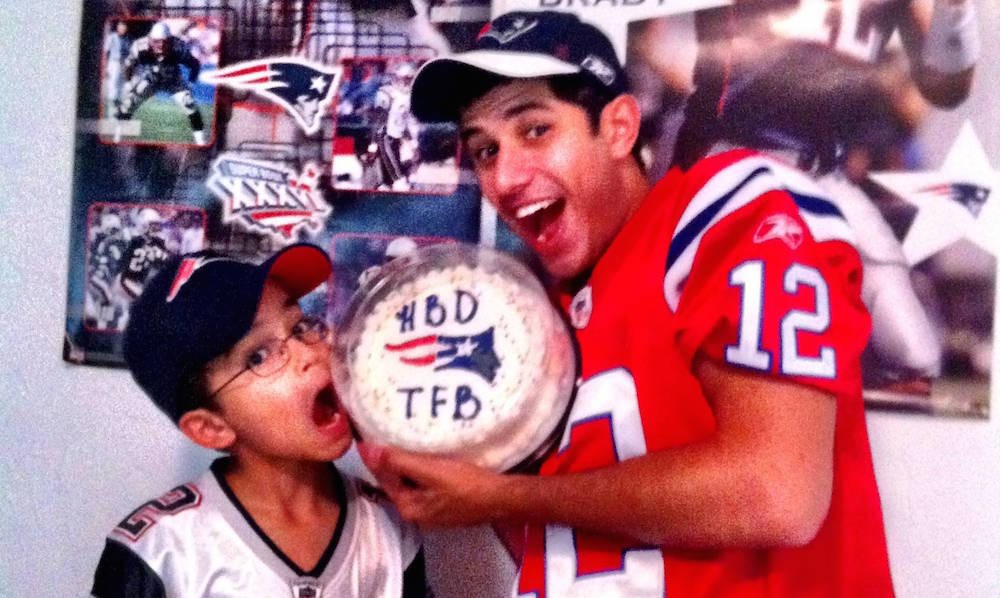 But two brothers take Tom Brady Day to the next level, celebrating with a cake every year. 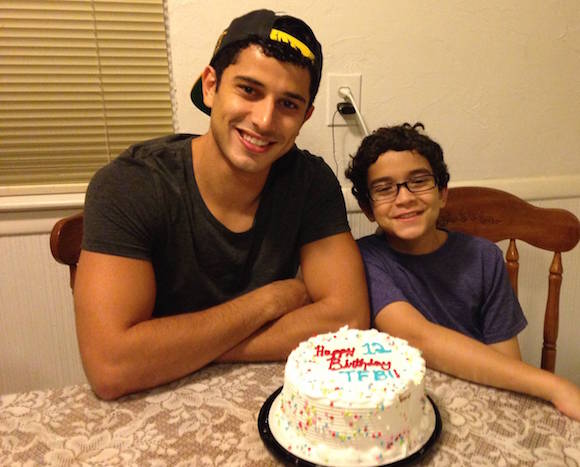 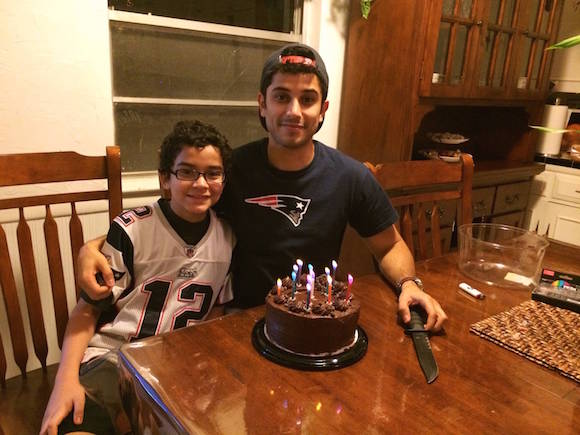 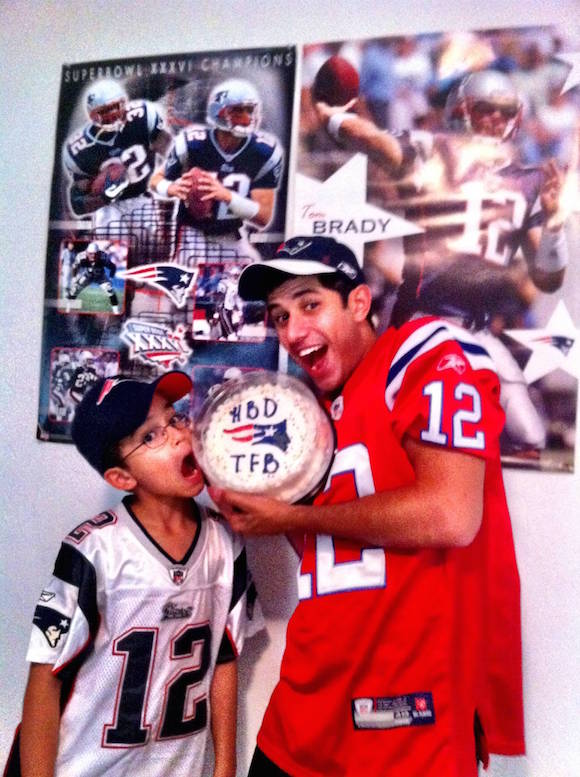 “It was pretty much just an excuse to have a little party and eat some cake in August when nothing was really going on,” Abdul Dremali, 25, tells BDCwire.com.

Abdul is a student studying physical therapy and living in the Dallas-Fort Worth area. For the last five years, he and his little brother, Omar Dremali, 13, have been celebrating Brady’s birthday.

“My little brother was born in 2001, and I always joked that he was the Patriots good luck charm, leading us to win our first Super Bowl,” Abdul says.

Despite never living in Boston, Abdul and Omar are Patriots fans thanks to their father, who became a Boston sports fan after moving to America from Egypt.

Unfortunately, Abdul and Omar’s father is struggling with liver failure.

So Abdul has been a father figure to Omar, using football as a way to connect.

“I kind of do everything for my brother—he’s my best friend,” Abdul says. “I take him to and from school, the doctor, out for fun, or just to eat. I try to motivate him to do better in school and keep that competitive nature in him. We play football together almost every single day, as it’s really our main bonding element.”

Abdul posted photos of himself and Omar posing with their Brady cake on Reddit this morning, earning the admiration of Patriots fans nationwide.

Abdul has publicly proved his fandom before, posting photos to his Twitter and Instagram of himself and his brother in Patriots gear. Abdul even recorded the brothers’ reactions at the end of Super Bowl 49.

[Warning: This video contains foul language and some serious Seahawk-hating.]

The only Patriots game Abdul and Omar have ever attended was when Brady and co. traveled to Houston to play the Texans in 2013. According to Abdul, after snapping a photo of the quarterback, Brady waved at them during pregame warmups because they were the only fans wearing Patriots gear.

“I’ve been a Pats fan my entire life, but NFL tickets are just absurdly priced,” Abdul says. “We really want to go to the Cowboys game since it’s literally less than four miles from our house, but tickets are pretty exorbitant. They play the Texans again this year so maybe I’ll skip out on textbooks and get us tickets again.”

As for his opinion on Deflategate, Abdul stands by his man.

“Every shred of actual fact fully exonerates Brady,” he says. “I’m tired of all of the mouth-breathing ESPN watchers acting like they know exactly what happened while citing unsubstantiated rumor.”

Even more than 1,700 miles from Gillette Stadium, the power of Brady—and his birthday—lives on. 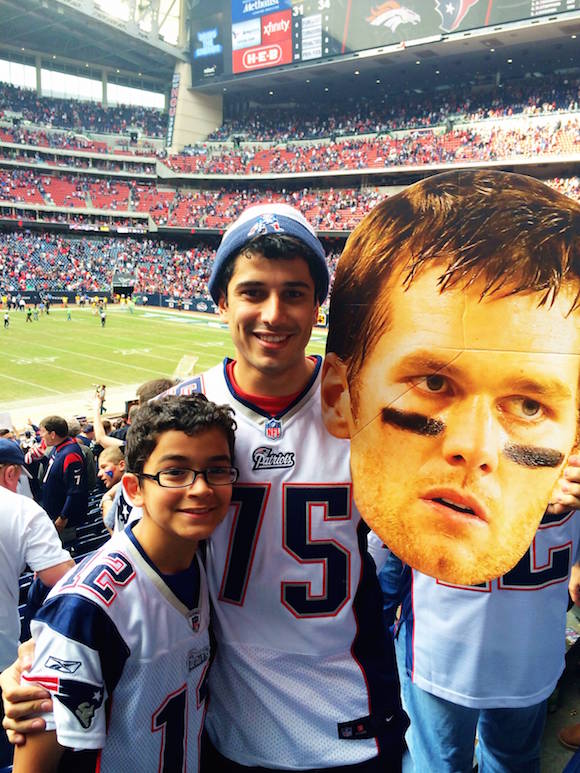