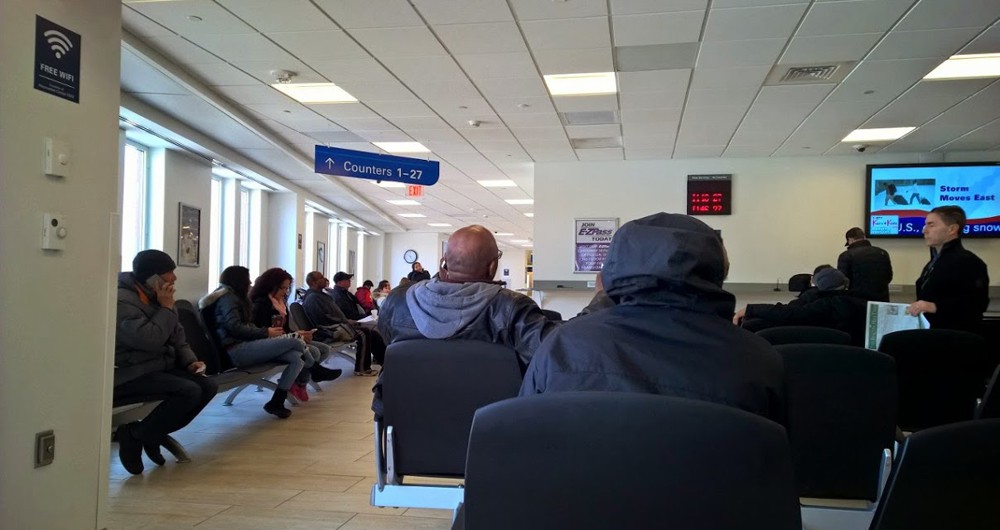 Like a kid enduring his bar mitzvah, Bostonians ritually subject themselves to judgment at one of a number of MassDOT Registry of Motor Vehicles branches. This is especially true of the old flagship location atop the Chinatown Orange line station. However, with the new Haymarket RMV branch’s opening last September, things are looking up.

At least that’s what I think after having visited earlier this month. I’d just turned 30, and my expired, out-of-state driver’s license was burning a Texas-shaped hole in my back pocket. Stories of Chinatown’s horrors had previously deterred me from transferring my license to Massachusetts, but now I had no choice. (That is, if I ever legally wanted to buy alcohol again.)

What follows is the record of my visit.

6:00 a.m. You know that feeling of remorse when your alarm goes off, and you think, “Didn’t I just lay down?” Yeah, that’s how I’m feeling right now.

6:30 a.m. My roommates take issue with my penchant for snoozing, so I finally stop.

9:00 a.m. At the bus stop. Since I’m practically in Newton, my route into downtown requires at least one bus and one train.

10:01 a.m. Arrive at Haymarket Station. I have an address for the RMV, so GPS it is. Too bad the signal’s weak underground… 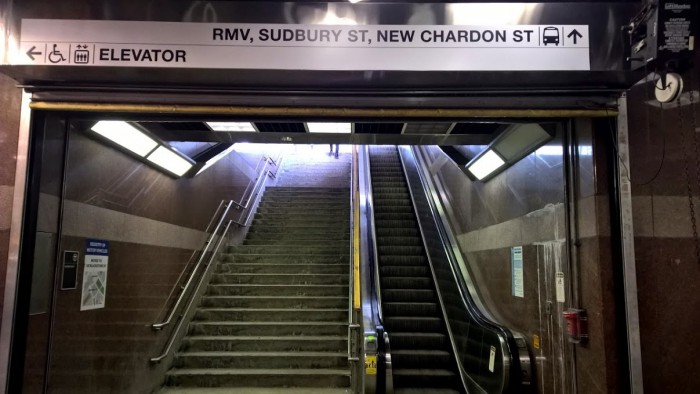 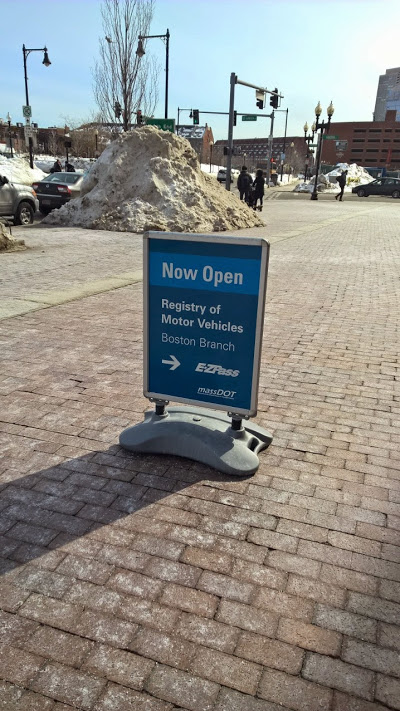 10:19 a.m. I circle the block following such indicators until I arrive at the RMV. I can see Haymarket Station from here. There were signs where I exited, but I was too busy playing with my phone. Idiot.

10:20 a.m. Required paperwork is already prepared. I don’t feel like wasting away for a few hours, so I grab a ticket and wait. 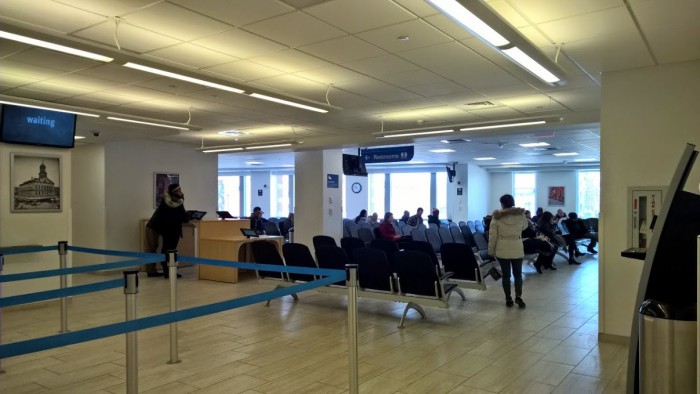 10:21 a.m. Ticket gives me an alphanumeric ID and an estimated wait time of 20 minutes. Marquees and a MBTA-like disembodied voice announce customers being served and the station serving them. 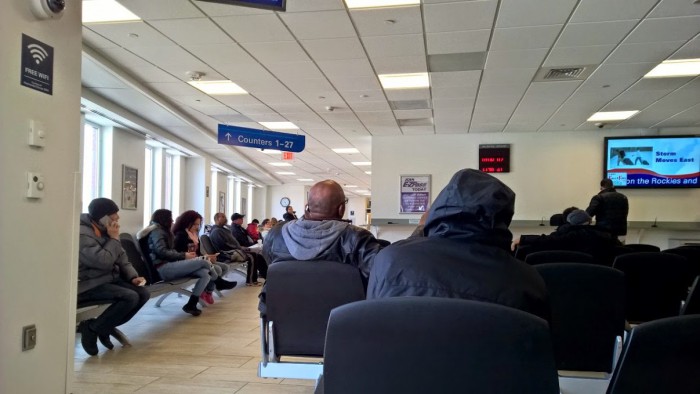 This doesn’t make any sense. Ever since moving to Boston, I was told I’d hate my life (and then some) during my required visit to the Chinatown RMV. Maybe if the old flagship location weren’t soon to be closed, I would’ve experienced the various levels of hell not even Dante was willing to write about. But I didn’t.

The new location at Haymarket is huge, well-lit, and designed for a user-friendly experience. There were plenty of signs telling me where to go, plenty of personnel willing to help me, and a friendly robot voice letting me know it was my turn to become a Masshole.

Enter to win a pair of tickets to attend The Hess Collection Seminar and Dinner as part of Boston Wine Festival 2018 at the Boston Harbor Hotel on Wednesday, March 14th. END_OF_DOCUMENT_TOKEN_TO_BE_REPLACED

Boston band Funeral Advantage is Tyler Kershaw. And Tyler Kershaw had a fun childhood, so it seems. END_OF_DOCUMENT_TOKEN_TO_BE_REPLACED

Perry put me on to daephne and the album blew my mind. END_OF_DOCUMENT_TOKEN_TO_BE_REPLACED

END_OF_DOCUMENT_TOKEN_TO_BE_REPLACED

I’m in my mid-twenties, and I’ve been working as a substitute teacher for the last couple years (I joined Teach for America right out of college). I know some of the girls in classes I teach have crushes on me — high schoolers aren’t very subtle — but I brush it off, because I’m not an idiot. Last week, however, I got a disturbing email from a girl in the English class I subbed for. Pictures were attached. You get the gist. What do I do about this situation? I obviously haven’t responded, but I’m afraid she might go Lifetime-movie on me. END_OF_DOCUMENT_TOKEN_TO_BE_REPLACED