It’s National Dessert Day, which means it’s time to treat yourself to the most Boston dessert out there 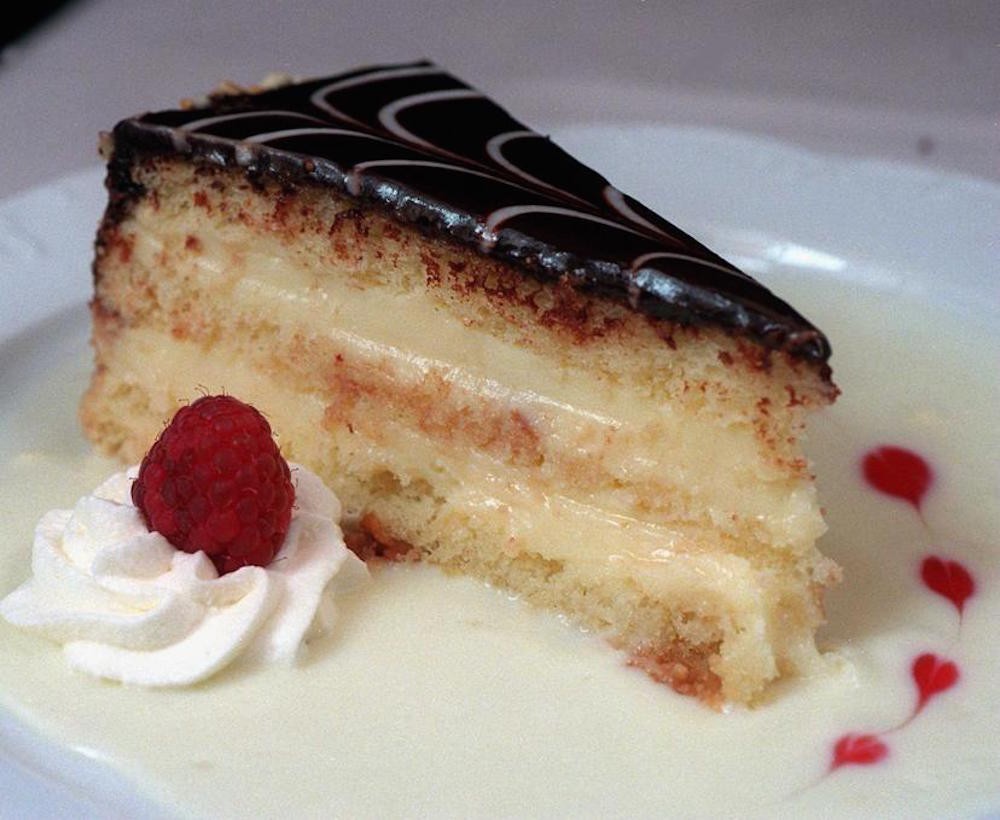 First baked over 150 years ago at the Omni Parker House, the Boston cream pie has become a ubiquitous city staple. It even became the official dessert of the state of Massachusetts in 1996. And since today is National Dessert Day, it’s as good a time as any to run out and get yourself a slice.

Locals and tourists alike agreed that these bakeries make some of the best Boston cream pie in the city.

According to user comments on food review apps Yelp! and Foursquare, there are four places in town where you can get a killer cream pie.

Food trucks are great, but food trikes are greater. The Boston Cream Pie trike parks on the Rose Kennedy Greenway most days of the week, offering delicious lunch dessert options to the masses. This mini, mobile bakery offers a modest variety of the pies, including the Peanut Butter Cup, a traditional pie with a Heath bar topping that Yelpers go gaga over. Folks also said that the pies are reasonably price and generously sized, and that the most important part of the pie–the cream!–is perfect.

The Boston Cream Pie Company is located at the corner of Milk and Surface between the Financial district and the Waterfront.

Joanne Chang’s small chain of bakeries is notorious for its delectable baked goods and its take on the Boston cream pie is a standout. One user went so far as to say that “words cannot describe the Boston Cream Pie. Just consume it and discover the true meaning of happiness.” Don’t just take his word for it–head to one of the bakery’s four locations to try it for yourself.

Flour can be found in Kendall/MIT in Cambridge, Fort Point, the South End, and the Back Bay.

A North End (and, more recently, Harvard Square) staple, Mike’s is notorious for its cannoli. But it doesn’t slack on its Boston cream pie recipe, either. One out-of-towner called Mike’s rendition of the classic the “best Boston Cream Pie ever!!!” It’s easy on your wallet, at that–according to Foursquare reviews, Mike’s cream pie slices are “a steal at 3.00$ even.” And if pie isn’t for you, Mike’s is your place. They have a cannoli version of the dessert, which is arguably just as delicious as the original. Just to be sure, though, you should order both while you’re there.

Mike’s pastry is located on Hanover Street in the North End and Dunster Street in Harvard Square, Cambridge.

Of course this list would be incomplete without Parker’s. If you’re a proponent of the dessert, you have to sample it at the place where it was born. According to those who have given the original recipe a shot, it makes sense that the pie has become so famous. One person put it simply: “OK, I had to try the Boston Creme Pie. It was worth the calories.” Even the Food Network weighed in on Foursquare, noting that “nothing beats a slice of Boston Cream Pie at Omni Parker House.”

Parker’s Restaurant is located in the Omni Parker House downtown.