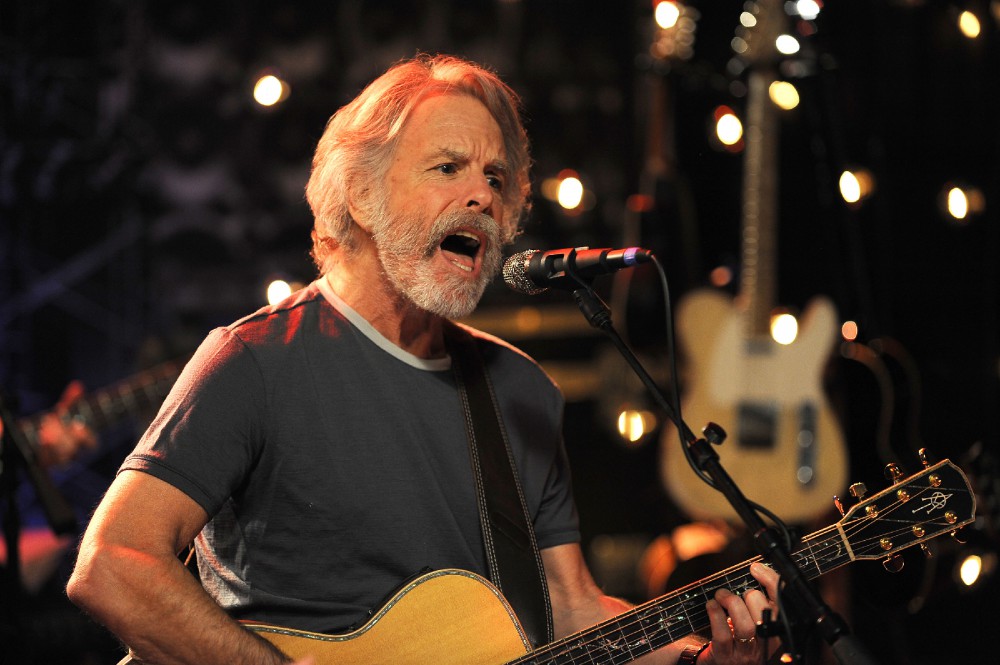 There are plenty of treats to look forward to this week from nationally touring bands. A Grateful Dead vet plays two nights, a modern psych-rock stud plays two nights, and the genius at the helm of Pavement will hit The Paradise with his solo band.

Start with week off with a little Dead for your head. Grateful Dead guitarist Bob Weir pays a visit to House of Blues with his band RatDog for a little mix of GD tunes, various covers, and Bobby originals. Jerry may have died but the spirit lives on (7:30 p.m., $39.50, all ages). Local riff-gods Rozamov take to Charlie’s Kitchen to cap off an east coast tour along with New Hampshire’s Black Norse and I Am Become Death (9 p.m., $5, 21+).

Last week, we talked about Stephen Malkmus’ immense impact on songwriters and music fans of our generation, and how he continues to be relevant 20 years after his best moments with Pavement. Tonight, coming off the release of his latest album “Wig Out At Jagbags,” Stephen Malkmus and the Jicks play The Paradise (with Disappears; 7 p.m., $20, 18+). At The Sinclair, Austin psych-rockers White Denim kicks off two nights in town playing with The Districts, who we will see later this Spring at Boston Calling (9 p.m., $15, 18+). LA soul man Nick Waterhouse gets funky at Brighton Music Hall with the help of Las Rosas (7 p.m., $15, 18+). Brooklyn indie pop quartet Milagres pays a trip to Great Scott with local electro-pop outfit YDIMITU, who was featured on our latest mixtape (with Eksi Ekso; 9 p.m., $10, 18+). If all else fails, or if you’re an extreme Deadhead, Bob Weir & RatDog return for a second night at House of Blues (7:30 p.m., $39.50, all ages).

Wednesdays are perfect days to get your dance on. Why not do so with Austrian production duo Camo & Krooked at the Middle East? Dig the light show while you’re at it, as well as sets from Lenore, Negative Force, and Colin Domigan (8 p.m., $20, 18+). For a more garage-y sound, head to Tasty Burger in Harvard Square to catch Philly rockers Bleeding Rainbow, Brooklyn punks Hunters, and local trio Fat Creeps (8 p.m., $5-10, all ages). If those don’t float your boat, White Denim is back at Sinclair for night two with The Districts (9 p.m., $15, 18+).

Enter to win tickets to see Trio Da Kali at The Villa Victoria Center of the Arts (Newton, MA) on April 10th. END_OF_DOCUMENT_TOKEN_TO_BE_REPLACED

END_OF_DOCUMENT_TOKEN_TO_BE_REPLACED

Enter to win tickets to Rhye at The Paradise on February 28th. END_OF_DOCUMENT_TOKEN_TO_BE_REPLACED

END_OF_DOCUMENT_TOKEN_TO_BE_REPLACED

Enter to win a pair of tickets to attend The Hess Collection Seminar and Dinner as part of Boston Wine Festival 2018 at the Boston Harbor Hotel on Wednesday, March 14th. END_OF_DOCUMENT_TOKEN_TO_BE_REPLACED

Her new album has been pushed back, but we have Kimbra’s new single for you. END_OF_DOCUMENT_TOKEN_TO_BE_REPLACED

The folk duo returns with a new record this week. END_OF_DOCUMENT_TOKEN_TO_BE_REPLACED

Now that we’re done looking back at 2017, let’s look ahead at 2018. END_OF_DOCUMENT_TOKEN_TO_BE_REPLACED