Binge the Brits: 5 British Series to Check Out on Netflix 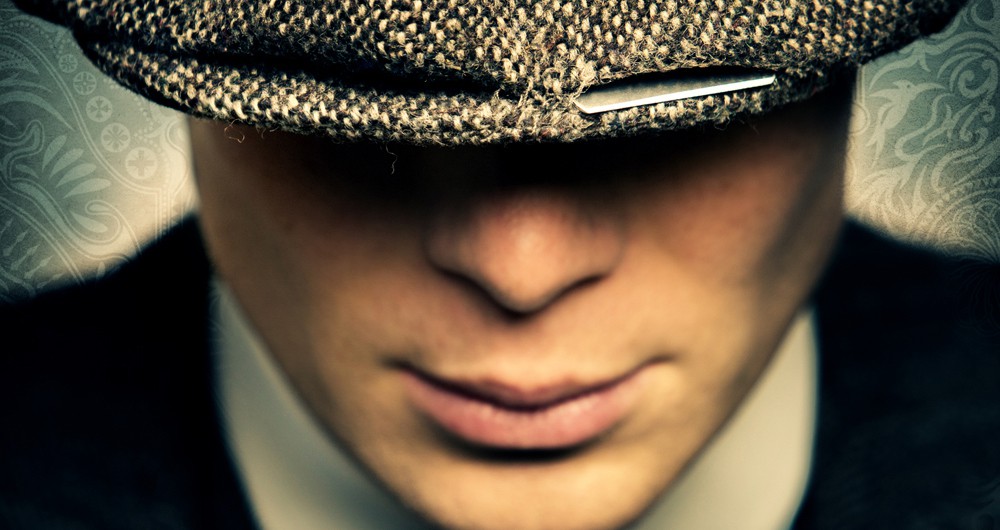 The Brits figured out what makes a great binge before binge-watching even existed. For decades they’ve been producing terrific shows with limited lifespans. Faulty Towers produced just 12 glorious half-hour episodes with a 6-year gap between its two seasons. Prime Suspect, the source of so many Hellen Mirren crushes, limited itself to about 3 hours of material every year or so.

The Brits know how to keep it relatively short, keep it interesting, and shut it down before it gets stale. That’s perfect for binging. One lazy Saturday, one nasty night of insomnia, and you can get through an entire series.

Right now Netflix has a number of short-form British series to choose from. But many BBC shows could be disappearing from Netflix at the end of the month, so it’s a good time to check out at least a few of the five series I’m recommending. You won’t be disappointed.

Pick up your phone. Turn off the screen. Now look into it. That’s the black mirror we’re talking about here.

There are currently two three-episode seasons of Black Mirror on Netflix. Each hour-long episode plays like a Twilight Zone-esque parable about the dehumanizing nature of modern technology. It’s entertaining stuff and very well made, if a little obvious at times. It’s not the best of what I’m recommending here, but it’s worth a watch.

You can almost taste the soot in the post-World War I depiction of England in Peaky Blinders. The Shelby brothers, many veterans of the French trenches, run an underground bookmaking operation in Birmingham. They battle other families for power, fall in love with duplicitous women, and contend with a ruthlessly violent police commander played by Sam Neill. It’s satisfying in the same way that The Sopranos was at its height.

The accents are thick, so turn on captions for this one.  And be prepared for a sharp dip in quality from Season 1 to Season 2

This co-production between the BBC and the Sundance Channel is thoroughly gripping. If you enjoy international intrigue, you’re not going to find anything better. It’s set in modern day Israel and does for the region what John LeCarre’s The Spy Who Came in from the Cold did for eastern Europe in the cold war:  It gives you a look at the well-meaning people who have managed to make a bad situation much, much worse.

Maggie Gyllenhaal is the lead and she carries the show nicely.

Last year, Fox adapted Broadchurch for American audiences, renaming it Gracepoint. By all accounts it was a disaster. I didn’t care to watch it; I was way too fond of the original, a brooding procedural set in a remote costal town. Broadchurch didn’t cover any new ground. There’s a death of an innocent, and cop with a checkered past comes to lead the investigation.  We’ve seen this setup before. But what makes Broadchurch worthwhile is the care and patience taken in developing the characters. It never panders, and the performances, led by David Tennant, are excellent.

The plot of Happy Valley, another police procedural, would sound convoluted and cheesy if I attempted to describe it. But the show never feels trite. Sarah Lancashire plays the lead, a police sergeant with a difficult home life, who investigates a kidnapping. There’s graphic, intimate violence in Happy Valley and it’s sometimes hard to watch. But there’s a reason for it. The show gets into some meaty themes and delivers an emotional wallopup.

If you’re going to binge only one show from across the pond, make it Happy Valley. You won’t feel happy after watching it, but it’s a hell of a show.

Always a pleasure to have Boston.com’s Perry Eaton in studio for a chat. After we talked a bit about Pearl Jam at Fenway and Perry’s new podcast, he filled us in on Game of Thrones live and Narragansett’s new Bananagrams-themed brew. END_OF_DOCUMENT_TOKEN_TO_BE_REPLACED

No, not from afar, from the comfort of her couch. From the actual awards themselves. That’s where Meredith Goldstein was for the Oscars. She shared all the juicy, first-hand details with me. END_OF_DOCUMENT_TOKEN_TO_BE_REPLACED

It was wonderful having our good friend Meredith Goldstein back in studio this morning. She dug into the latest edition of Love Letters, which prompted us to play this song. And of course we had to discuss the Oscars. Make sure you’re following Meredith on Twitter, as she’ll be live-tweeting the awards this Sunday night. END_OF_DOCUMENT_TOKEN_TO_BE_REPLACED

Our first edition of TV Sets for 2016 might be better than every edition from 2015. END_OF_DOCUMENT_TOKEN_TO_BE_REPLACED