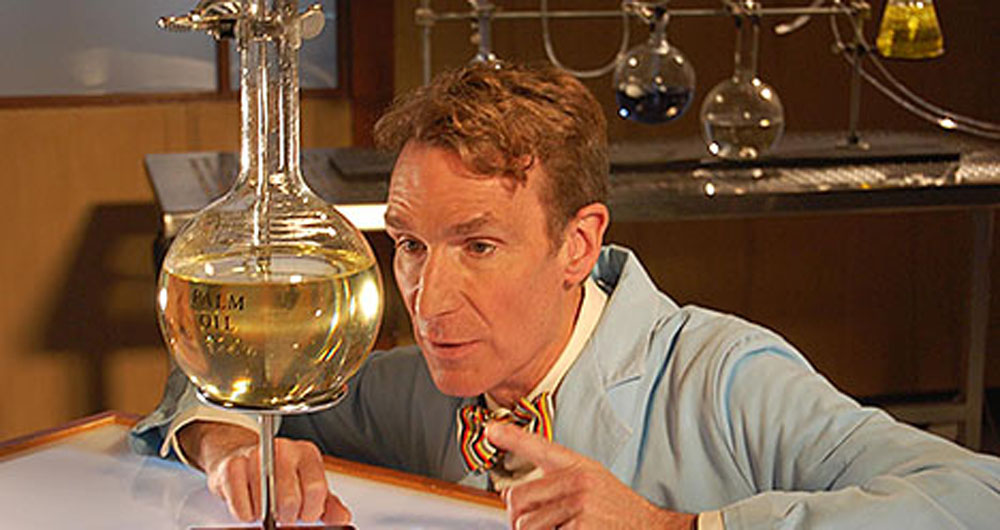 “The very best [college] stories I can’t share with you,” says Bill Nye – a sentiment that I’m sure most of us can share.

Now, if you’re wondering why Bill Nye was talking to me about college, it has something to do with his upcoming Boston visit. Yes, you read that right, Bill Nye the Science Guy is coming to the Hub.

Titled “An Evening with Bill Nye,” and taking place on Dec. 18 at The Wilbur, Nye’s appearance comes just as Boston college students round out their semesters and finish finals.

So I talk to Nye about his event, book, thoughts and, of course, college.

“I’m going to do a lecture about how the audience is going to have the opportunity to change the world and then, as soon as they leave, they can go out and change the world,” said Nye about the Wilbur event. “How hard could it be?”

Nye will talk to the audience about himself (“how Uncle Bill came to be), about the world and, of course, about science.

And the Wilbur Theatre appearance isn’t the only time that Bill Nye’s come forth to give you fresh knowledge and inspiration (I mean, who didn’t like science with this guy!), Nye’s new book, “Undeniable: Evolution and the Science of Creation” was released on Nov. 4.

Calling it a “primer” on evolution, Nye said that his book is meant to help his fellow “earthlings” that reject the notion.

“It started with the debate in Kentucky where the guy seems to believe, as far as I can tell, that the Earth is 6,000 years old,” said Nye. “Which it’s not.”

Nye is referring to the Feb. 4, 2014 debate he had with Ken Ham at the Creation Museum in Petersburg, KY.

“I got myself in the right state of mind. The key to this thing was the performance,” said Nye of the debate. “My audience was not in that theatre there, my audience was online.”

Nye was on-point about that. In the 10 months since the debate, the YouTube video of the debate has been viewed over three million times.

“People use the expression, ‘evolution is just a theory,’ in science, there’s nothing more wonderful than a theory,” said Nye. “A scientific theory enables you to make predictions about the future and that’s what you want. So the Theory of Evolution makes predictions about how a species came to be, what you’ll find in the fossil record and so on – it’s a wonderful this. People confuse the idea of a hypothesis with something that has been proven to make successful predictions.”

Evolution, however, isn’t the only thing that Nye is passionate about. Nye is very vocal about climate change and its effect on the planet. In fact, on Dec. 5, when the Center for Skeptical Inquiry released a letter asking journalists stop referring to climate deniers as “skeptics,” Nye’s named was near the top of the list.

“It’s a real thing. This idea of trading and keeping track has proven completely ineffective. Instead, let’s have every country institute a fee and dividend system and when you produce carbon, you have to pay for it, whether you’re the oil company or the consumer buying gasoline.” said Nye. “Each country should have her own fee and dividends system so it’s top-down within each country, but each country competes head-to-head to reduce carbon dioxide output. My plan is, if the United States were out in front, actually working on this problem, the whole world would follow. It would just get done in a heartbeat. If the United States were a leader, instead of a whiner, in this regard.”

As for what can be done now?

So it appears that Nye continues to inspire us, even after we’ve grown into adulthood (and the new generation that comes next), but who inspired Bill?

Nye says that he doesn’t remember what inspired him to work in science, but he has two distinct memories of his introduction to the field. One, when he was given his grandfather’s organic glassware (Nye’s grandfather was an organic chemist) and the second, was bumblebees.

“They fascinate me,” said Nye. “A bumblebee is a small thing, compared to a human, but it’s a big thing compared to the size of its wings. It always just fascinated me that these tiny wings can fly this thing around,”

And as for the good stuff? It’s true, Bill didn’t tell me the best college stories, but he did reveal that, just like the rest of us, he had made the mistake of pulling all-nighters and trying to cut corners.

“I took a chance on a final. There were five questions and I thought I’d only study four of them, figuring I’d have enough to get through. But I didn’t, it was a huge mistake.” said Nye. “Don’t do an all-nighter, it’s ineffective, it’s not worth it. I’ve made that mistake also – just don’t do it. You can stay up late, but don’t stay up all night.”

So there you have it, folks, life advice right from the guy that taught you that everything is matter (except energy) and the different stages of the water cycle – all-nighters don’t work, make sure you prepare properly, and don’t stop talking about climate change. 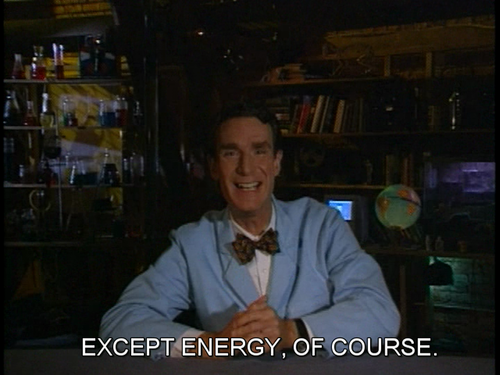 Thanks Bill, you keep doing you.

END_OF_DOCUMENT_TOKEN_TO_BE_REPLACED

Enter to win a pair of tickets to attend The Hess Collection Seminar and Dinner as part of Boston Wine Festival 2018 at the Boston Harbor Hotel on Wednesday, March 14th. END_OF_DOCUMENT_TOKEN_TO_BE_REPLACED

I referred to it as the “best kept secret” in Boston arts for the holidays. END_OF_DOCUMENT_TOKEN_TO_BE_REPLACED

Boston’s arts scene shines at this time of year. END_OF_DOCUMENT_TOKEN_TO_BE_REPLACED

It’s so much more than a holiday show. END_OF_DOCUMENT_TOKEN_TO_BE_REPLACED

Rock for a cause this holiday season. END_OF_DOCUMENT_TOKEN_TO_BE_REPLACED

Get out and see a show this holiday season, and save some money when you do. END_OF_DOCUMENT_TOKEN_TO_BE_REPLACED

You can help give the gift of music to kids in need this holiday season. END_OF_DOCUMENT_TOKEN_TO_BE_REPLACED

Be honest: when’s the last time you attended a Gala? END_OF_DOCUMENT_TOKEN_TO_BE_REPLACED

The October staple returns on the 21st. END_OF_DOCUMENT_TOKEN_TO_BE_REPLACED