Bill Belichick is a man of many talents. He’s a brilliant football coach, a masterful coacher of football, and… actually, there’s not much else. But there is one secret talent Belichick has that very few people know about. In the offseason, Coach Bill transforms from a molder of athletes on the gridiron to a molder of fashion trends on catwalks from Paris to Milan.

Though unknown to many statesiders who can’t be bothered to follow the ups and downs of London Fashion Week, Bill Belichick’s fashion line, Belichic, has been the talk of catwalk connoisseurs for years now. Here’s a look at five of the designs that wowed runway watchers over the years. 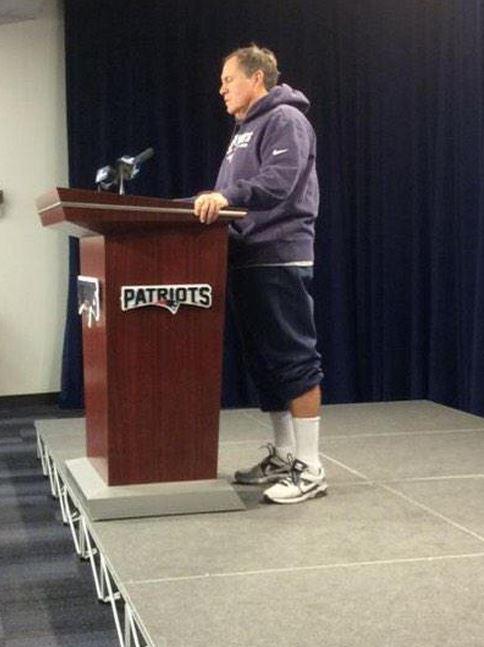 Smooth. Luxurious. Sensual. The Half-Calf Performance Sweat Pant was a hit when Belichick debuted the look at the Roberto Kraft fall show this year. While the Half-Calf can be combined with any number of sock pairs, the look is best completed with a shin-high white cotton athletic sock to accentuate the erogenous area just below the knee. Available in blue and slightly darker blue, the Half-Calf Sweat Pant retails for $1900 at Belichic’s pop-up shop on Newbury Street. 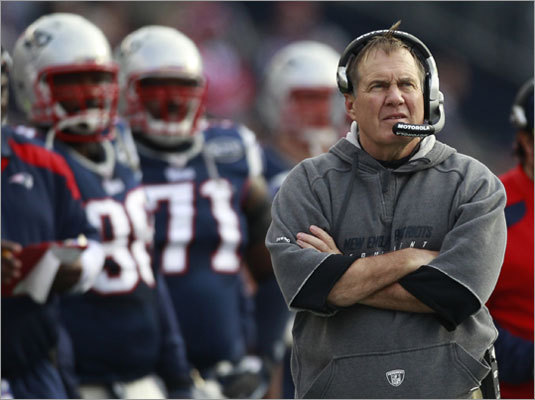 Though few know of Belichic’s standing in the fashion community, nearly everyone took note when Belichick debuted this look during a Patriots game in the late aughts. For the on-the-go coach that needs a full range of motion in their arms unimpeded by the cumbersome bunching of the traditional hoodie sleeves, the Sheer Cut is a must-have. Available in gray or grey, the Sheer Cut retails for $2740 at the secret Belichic boutique on the 38th floor of the Prudential Center. 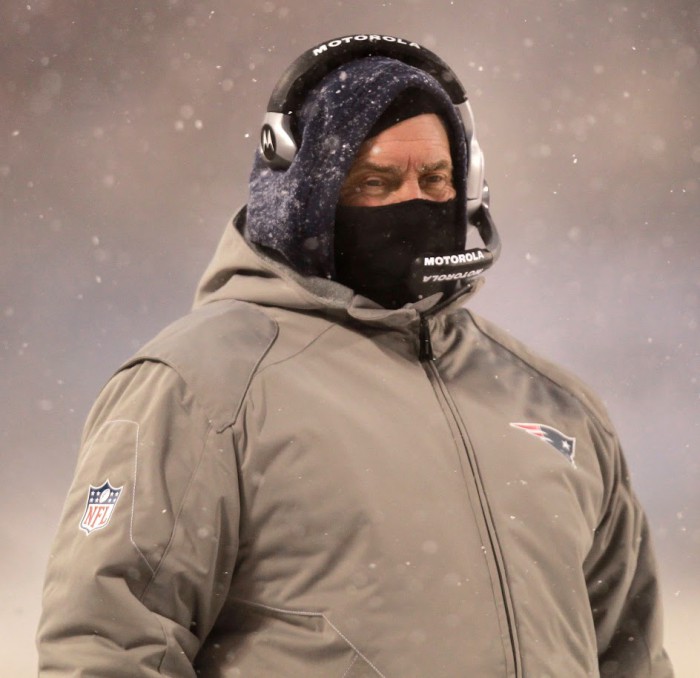 With gameday temperatures for Saturday’s divisional playoff matchup between the Patriots and Baltimore Ravens expected to dip into the teens, the Belichic Winter Warmer is a must-have look for the hearty Patriots fan hoping to endure the chilly confines of Gillette Stadium. Belichick stunned runway watchers by deviating from his traditional palette of gray and blue with this vibrant tan number in 2010. Pairing the Winter Warmer with the Play-Disguising Muffler, Classic Blue Hood, and Metallic Silver Headset from Motorola ensures that the wearer will be warmer, while also bringing out their twinkling blue eyes. The $12,349 price tag may seem exorbitant, but each Winter Warmer is custom-tailored by Coach Bill during the offseason. With only 12 available per year, demand is high, and for good reason. 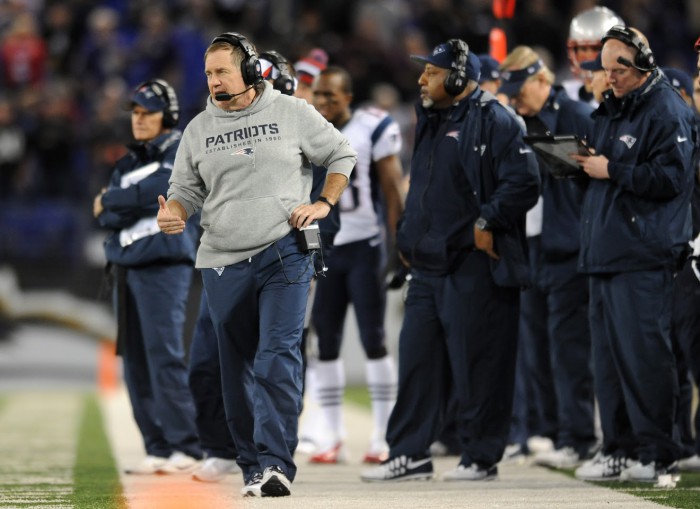 The Classic Wind Wear is Belichic refined. What initially appears to be a simple pair of wind pants transforms when in motion, giving the wearer an elegant, flowing look when walking the runway or pacing the sideline. Tragically, the Wind Wear is not for sale. Belichick famously disowned the design after Wind Wear’s co-designer, Belichic protege Enrico Mangino, left Belichic to start his own fashion line in New York. The move was a savvy one by Belichick, however, as the Enrico Mangino fashion line failed spectacularly, and is now only available at Kmart. 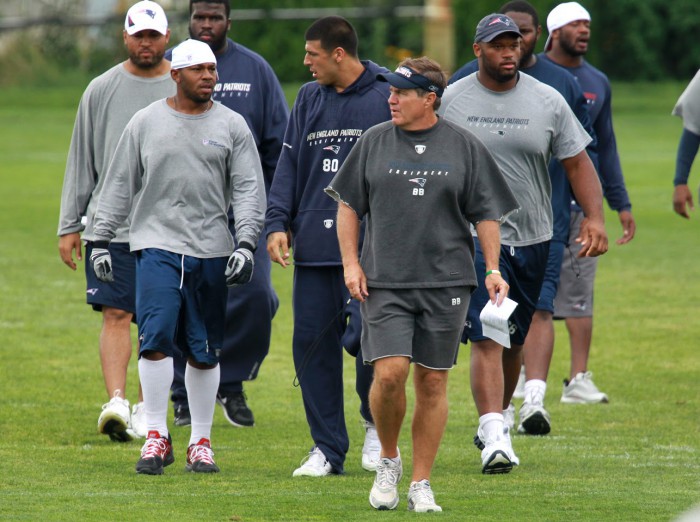 Yowza! The Belichic Thigh-High Daisy Duke Short Sweat is not for the faint of heart, nor the weak of thigh. Skippers of leg day will want to avoid this bold bare-all look, but Gods of fitness like Coach Bill should pair this hot little number with the Come Hither Cutoff Hood and the Pure Sex Visor. Available in slate or gunmetal gray, the Thigh-High can be had for the low low price of $728 in the Belichic outlet store located twenty feet below Gillette Stadium.

Enter to win a pair of tickets to attend The Hess Collection Seminar and Dinner as part of Boston Wine Festival 2018 at the Boston Harbor Hotel on Wednesday, March 14th. END_OF_DOCUMENT_TOKEN_TO_BE_REPLACED

The Black and Gold continue their run tonight at TD Garden. END_OF_DOCUMENT_TOKEN_TO_BE_REPLACED

Who will make the Class of 2018? END_OF_DOCUMENT_TOKEN_TO_BE_REPLACED

It’s been awhile since we talked Black and Gold. END_OF_DOCUMENT_TOKEN_TO_BE_REPLACED

You’re going to wish you were in the Northern Alps. END_OF_DOCUMENT_TOKEN_TO_BE_REPLACED