20 Years Later, A Ranking of the 20 Best Shows in CW History 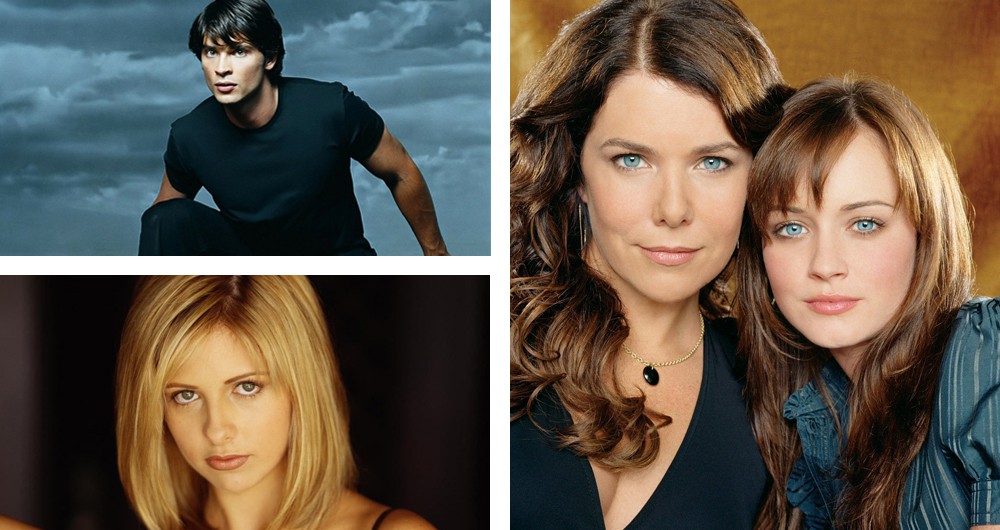 20 years ago this month, networks UPN and The WB were launched, later banding together to create The CW. An angsty generation of teens would never be the same.

With the anniversary upon us, we compiled a list to commemorate some of the best CW shows of all time.

So much drama in that Camden household.

One of the network’s more recent successes. After a nuclear war that almost caused human extinction, the only survivors are residents of 12 space stations in Earth’s orbits. Naturally, they band together, but resources are scarce. They send 100 juvenile prisoners to explore Earth’s remain and determine if it is habitable. Think the CW’s version of “Lost” meets “The Walking Dead.”

There’s room for bad jokes about the Virgin Mother here, but instead we’ll simply remind you that this intelligent dramedy just took home a Golden Globe.

It would’ve been insulting to Trekkies everywhere if we didn’t include either “Voyager” or “Enterprise.” “Voyager” took the cake here.

Fashion designer Ava Gregory is living the dream life until her sister and brother-in-law die in a car accident and she takes in their three children. The series ran for two seasons, but helped launch Jesse McCartney’s career.

In case you missed it, “Popular” could be interpreted as a late ’90s TV version of “Mean Girls”. It’s your typical clash of the popular versus the no-ones, the Plastics versus the non-Plastics.

Out of all the superheroes, Superman might have been one of the more boring ones. Yeah, he was noble and all that fun stuff, but he was no Batman or Wolverine. “Smallville” was able to conceptualize this rather uninteresting hero, and turn it into something that both teen girls and comic book junkies could support.

A long-standing hit, “Supernatural” continues to captivate faithful fans with demons 10 years after its launch. Each episode reminds us why we should all be afraid of the dark, regardless of our age.

This “Buffy” spinoff really just gave the people what they wanted…more David Boreanaz.

Whether it was because the sisters used their sorcery for good or that everyone had witchin’ outfits, audiences loved “Charmed.” The show was powerful enough so that for 8 years we all (not so) secretly wished that we possessed magical powers, too.

From a 10-book series to a TV favorite, “Roswell” is one of the most underrated sci-fi dramas ever. But as much as we loved our alien and human friends, we’re still holding our breath for a “Roswell” movie, 13 years after the show’s cancellation.

Brain surgeon Dr. Andrew Brown moves from Manhattan to the small town of Everwood after the death of his wife. Taking his two kids with him, the show centers on the family adjusting to their new lifestyle. Pretty unexciting on paper, but a terrific series in practice.

Sure, Keri Russell’s title character makes more than a couple naïve life choices, but who hasn’t? The show that epitomized personal growth as a 1-2 punch with “Dawson’s Creek,” “Felicity” tells the story of a young woman “finding herself” in the Big Apple.

We all say that we don’t want drama in our lives, which is probably true. However, there is nothing more riveting than watching the drama that surrounds the elite individuals of the Upper East Side.

Yes, vampires in pop culture have had the blood sucked out of them at this point (pun intended), but “The Vampire Diaries” is admittedly addicting. We’re just thankful there are no shimmering vampires.

Between Lorelai’s wit and Rory’s loveable personality, we witness one of the most beloved mother-daughter relationships in TV history. We also learned that Melissa McCarthy, who plays Sookie St. James, would be eternally brilliant. In between all of that rapid dialogue were a whole lot of memories that will live on for years.

The world got a little darker on May 20, 2003 — the day that marks the final airing of a new episode of “Buffy the Vampire Slayer.” A spinoff of a 1992 film, we all experienced a supernatural adventure with an ass-kicking Sarah Michelle Gellar. To call “Buffy” a cult-favorite would be an understatement to the point of insult.

Ten years ago, the world fell in love with the one and only Veronica Mars, when “Frozen” star Kristen Bell made her TV debut. Mars may not have been as strong as the Hulk or as speedy as The Flash, but she was the ultimate badass/heroine that everyone wished they could be.

The series may not have had the notoriety of some of its contemporaries, and only lasted a few seasons, but it was enough for the show to get a movie remake in 2014 and live on as one of the most beloved shows of its time.

Always a pleasure to have Boston.com’s Perry Eaton in studio for a chat. After we talked a bit about Pearl Jam at Fenway and Perry’s new podcast, he filled us in on Game of Thrones live and Narragansett’s new Bananagrams-themed brew. END_OF_DOCUMENT_TOKEN_TO_BE_REPLACED

No, not from afar, from the comfort of her couch. From the actual awards themselves. That’s where Meredith Goldstein was for the Oscars. She shared all the juicy, first-hand details with me. END_OF_DOCUMENT_TOKEN_TO_BE_REPLACED

It was wonderful having our good friend Meredith Goldstein back in studio this morning. She dug into the latest edition of Love Letters, which prompted us to play this song. And of course we had to discuss the Oscars. Make sure you’re following Meredith on Twitter, as she’ll be live-tweeting the awards this Sunday night. END_OF_DOCUMENT_TOKEN_TO_BE_REPLACED

Our first edition of TV Sets for 2016 might be better than every edition from 2015. END_OF_DOCUMENT_TOKEN_TO_BE_REPLACED