Titled “The Beth Project,” it shows before-and-after portraits from a considerable weight loss.

Beth approached Morrow prior to a gastric bypass operation.

“I immediately jumped on board, as I am obsessed with before and after imagery,” Morrow told BDCwire. “Within no time, I had blown it up to a series of portraits that would be different than the usual fare of before and after weight-loss photos out there.” 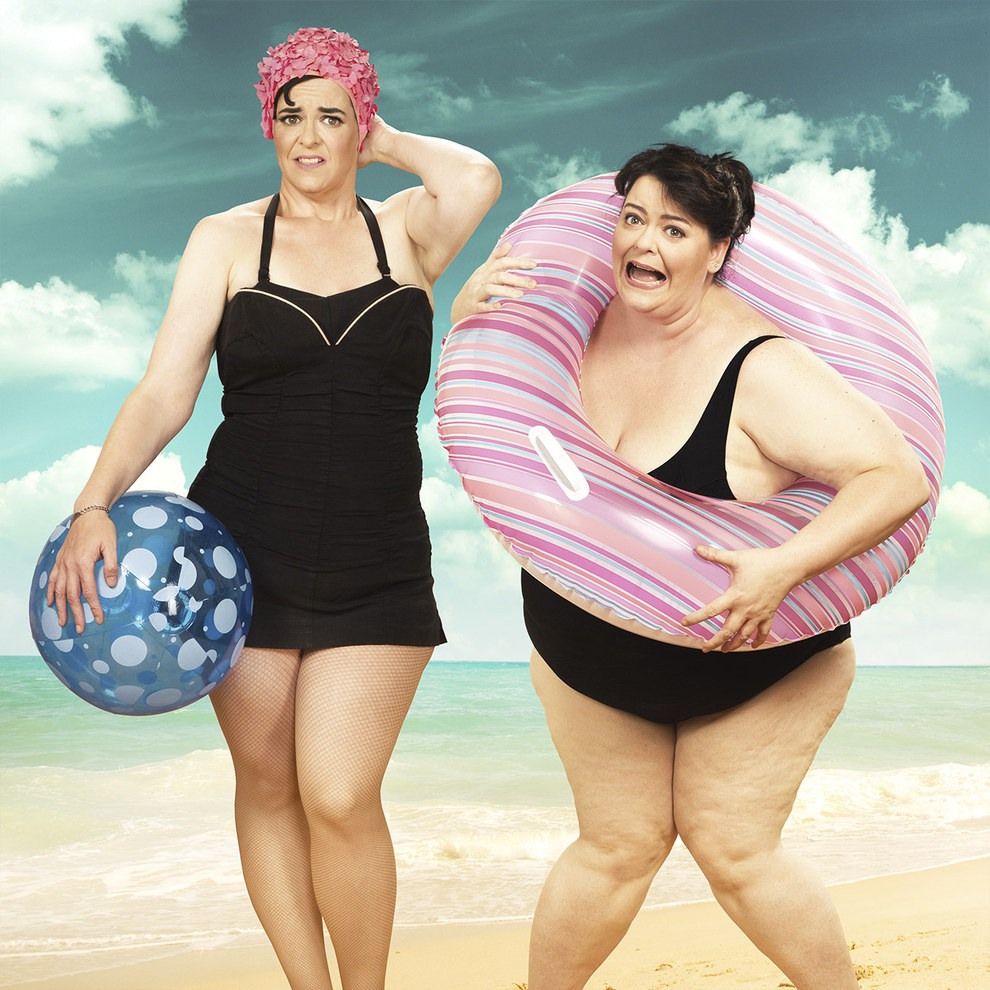 Morrow — a Toronto-based photographer, digital artist and art director — met Beth almost 10 years ago through a mutual friend. He says the two of them share an interest in “sci-fi, geeky, things,” which led to them doing pop culture references and scenes. 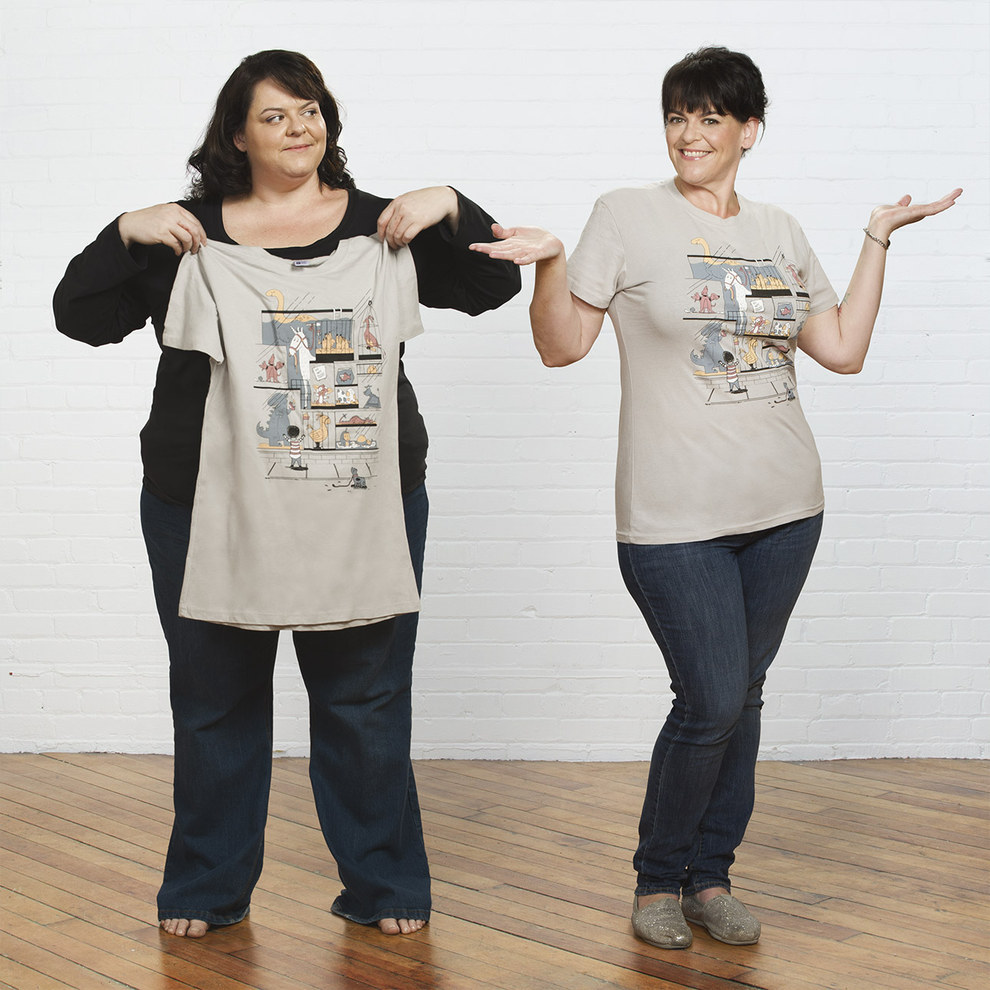 He adds that their friendship, “helped so much in establishing trust for these portraits.” 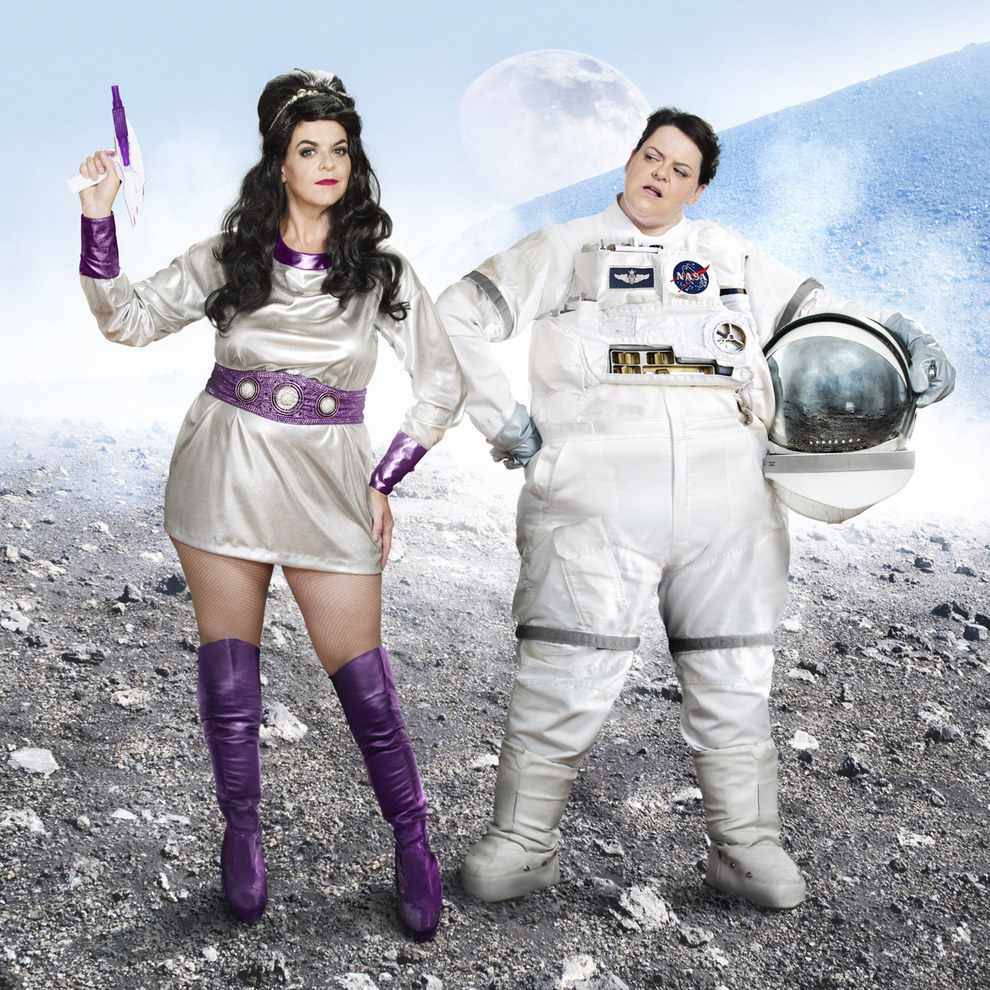 “I really wanted to make sure the best possible combination of ‘before’ and ‘after’ took place for each scene, not to mention the digital compositing of the environments I placed her in,” Morrow said. 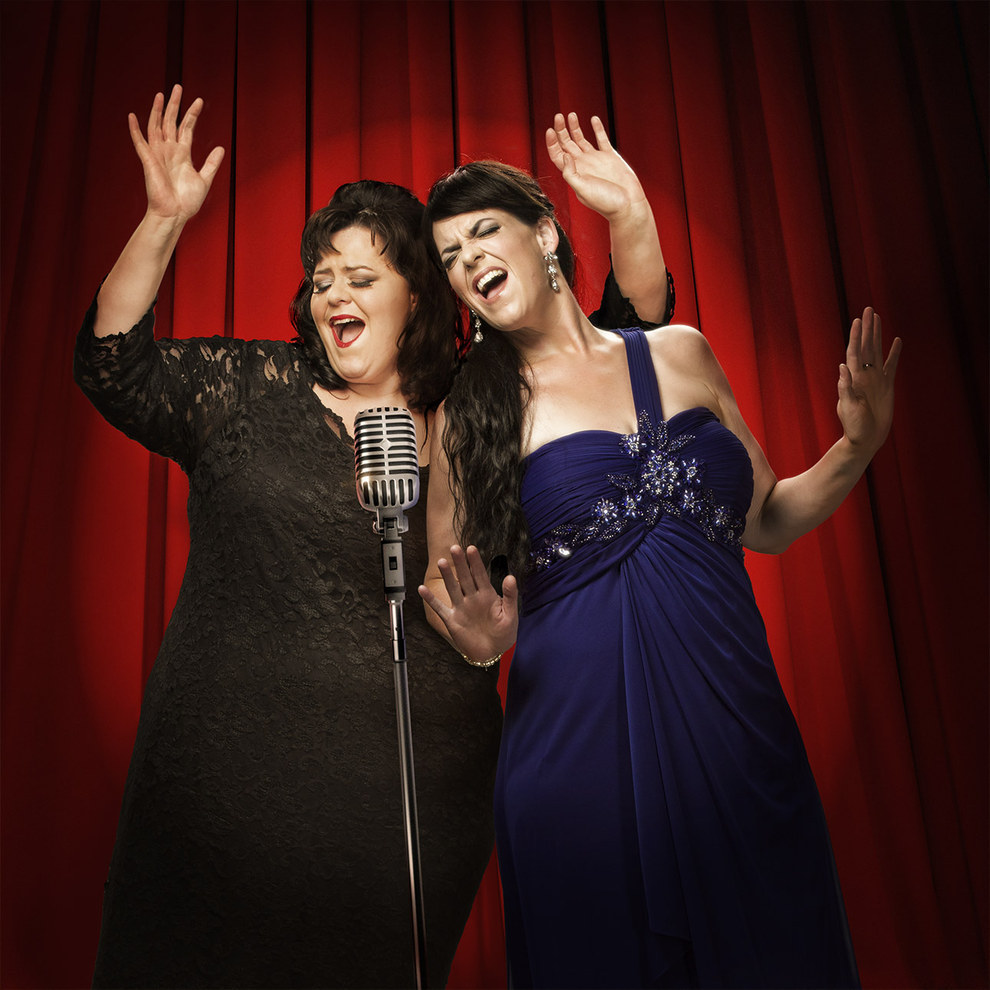 His favorite portrait was this one. Why? Confidence. 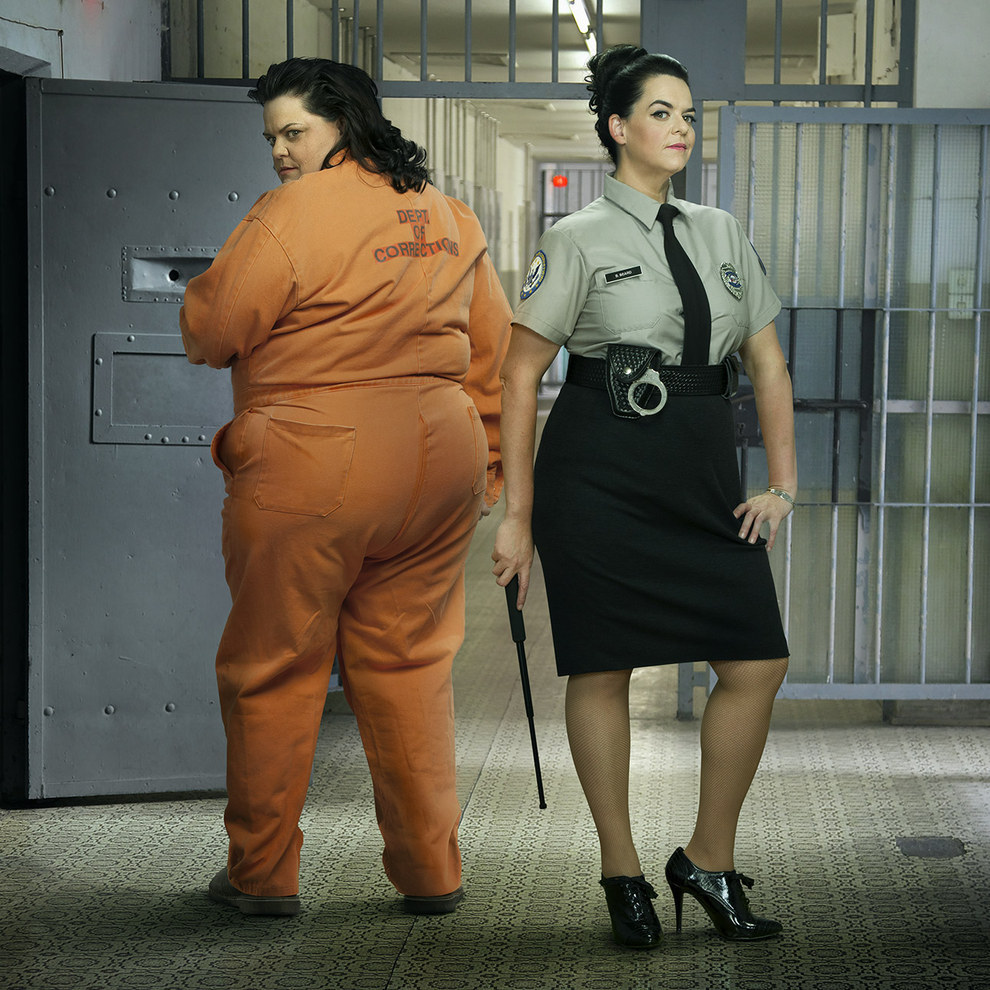 Morrow felt that Beth’s experience in theater, “brought a depth to all her photos, conveying some pretty fun and vulnerable emotions.”

“I’m really proud of her committing to the imagery, and allowing herself to be seen in both flattering and not-so-flattering angles,” he adds. “It’s very human, and we can all relate. None of us are perfect, after all.” 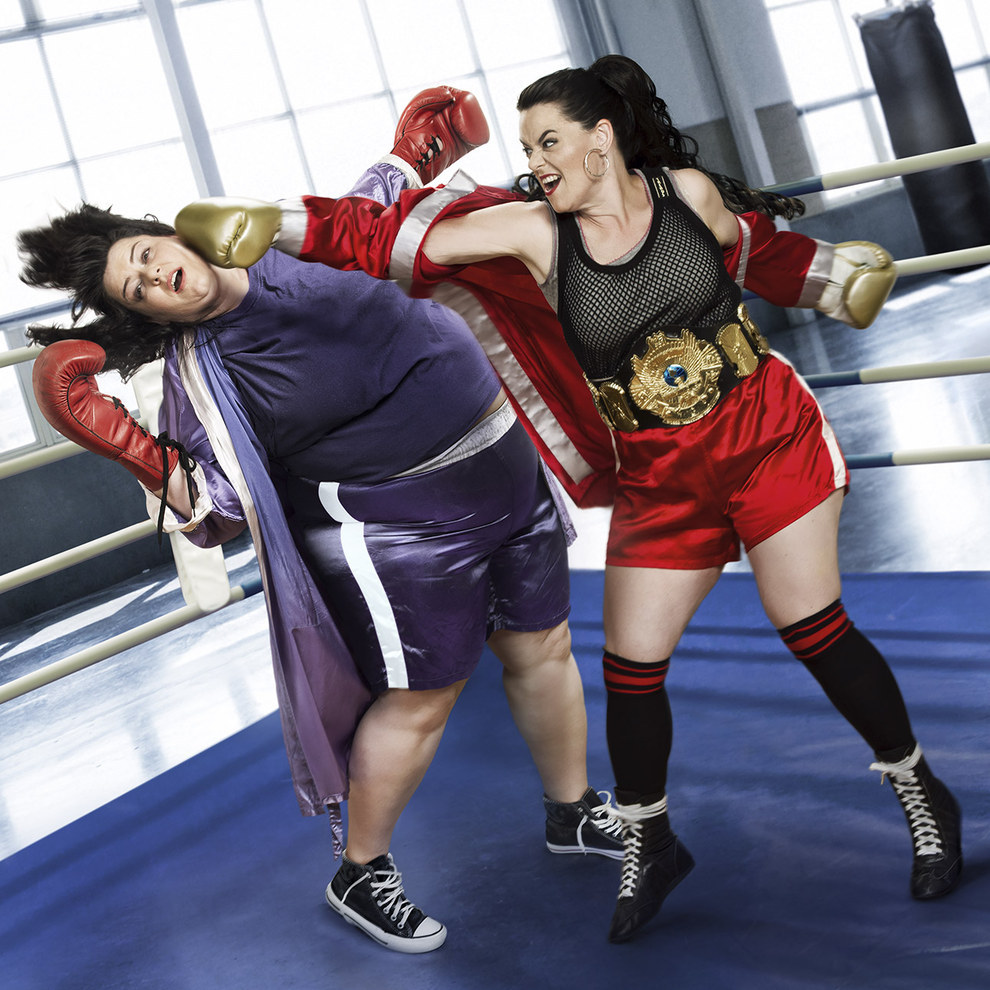 Morrow told Buzzfeed that Photoshop was used, but Beth’s body shape was not changed at all.

The photographer said he would love to do a similar project, but starring a man. 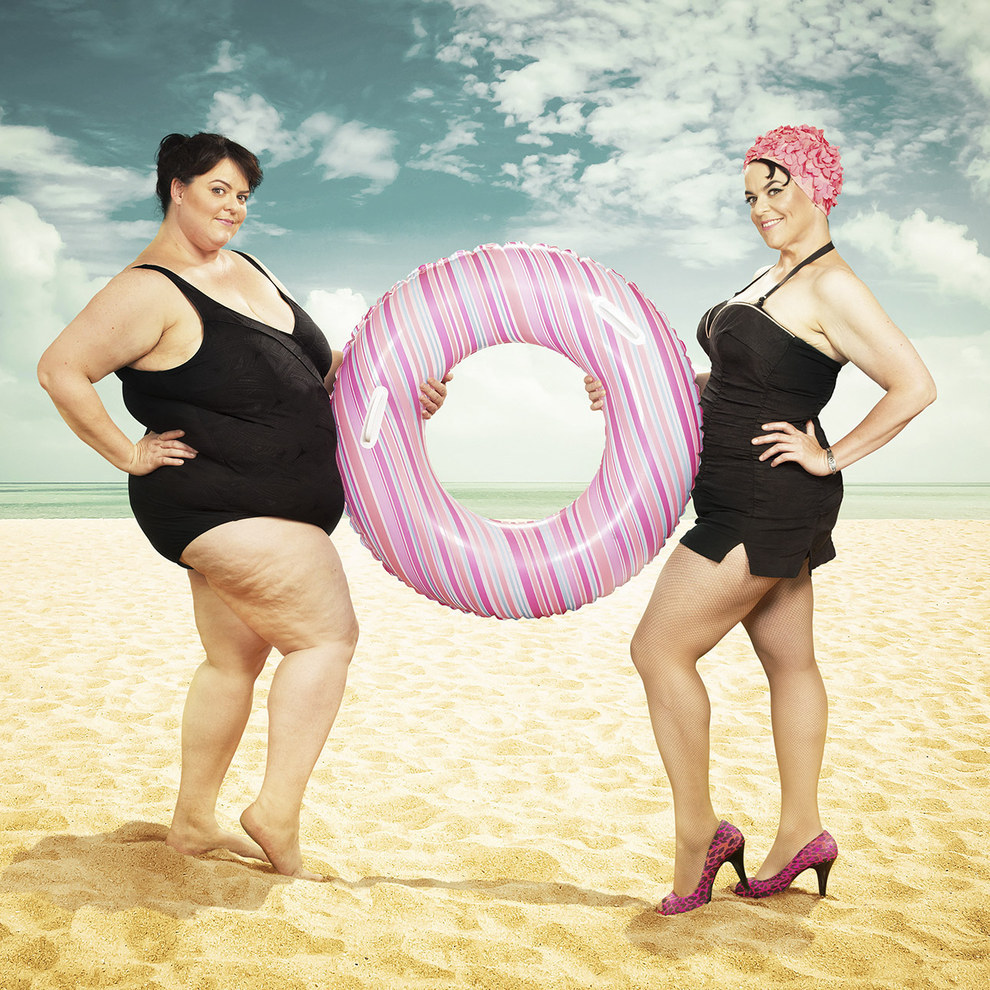 “Beth’s favorite image is the “Friday and Diego” Beth image, based on a painting she suggested by Frida Kahlo of her and her husband Diego,” he said. “When she finally saw the finished portrait, she was in tears. It was a very sweet moment, and it meant a lot to me to be able to give her this very unique way of seeing her incredible change and progress.”

Artists for Humanity Co-founder Jason Talbot and Major Gifts Director Emily Smaldon were in studio this morning with Mallory Bazinet, Event Manager for GrandTen Distilling. Jason and Mallory talked about The Contemporaries, their upcoming event to launch a new patron group for young professionals. Click here to join them on Thursday, August 17! END_OF_DOCUMENT_TOKEN_TO_BE_REPLACED

END_OF_DOCUMENT_TOKEN_TO_BE_REPLACED

Picture this: you’re hungover. Or just getting over the flu. Or jet-lagged. Or just plain run down and exhausted. Now, picture this: a certified nurse comes to your home and helps you through it. That’s the concept behind The I.V. Doc–now available in Boston. Dr. Joseph A. Russo and his team joined me in studio with all the details. END_OF_DOCUMENT_TOKEN_TO_BE_REPLACED

Aida Villarreal-Licona is the Events Coordinator for SoWa Boston’s Art & Design District. She was in today to talk about their holiday shopping event this Thursday December 15 from 4-8 p.m. at 450 Harrison Avenue. A great opportunity to help local artists and get some holiday shopping done! END_OF_DOCUMENT_TOKEN_TO_BE_REPLACED

Ryan Brister, area director of Life Time Fitness was in studio with me this morning to talk about what Life Time is all about and to preview their new Chestnut Hill location, coming in Spring 2017. END_OF_DOCUMENT_TOKEN_TO_BE_REPLACED

Natalie Lemle was in to talk about ArtLifting, a program that aids homeless and disabled artists. Currently, 72 artists in 11 states are receiving 55% of all profits from your purchase of their artwork and photography. Click “more” to hear my chat with Natalie and to see work from one of the artists. END_OF_DOCUMENT_TOKEN_TO_BE_REPLACED

Oliver Taylor of Vitamin 1 Performance Drink joined me in studio to talk about how they’re filling the void of a healthy and nutritious sports drink, which tastes good. What a concept, right? Listen! END_OF_DOCUMENT_TOKEN_TO_BE_REPLACED

It’s no secret that Bostonians like to show their Patriot pride with tattoos. Who can forget the awesome guy who got that sweet Bill Belichick arm tattoo? Or the less-awesome guy who showed off his full-head Tom Brady helmet tattoo in his mugshot? END_OF_DOCUMENT_TOKEN_TO_BE_REPLACED