Ben Carson doesn’t think a Muslim should be president 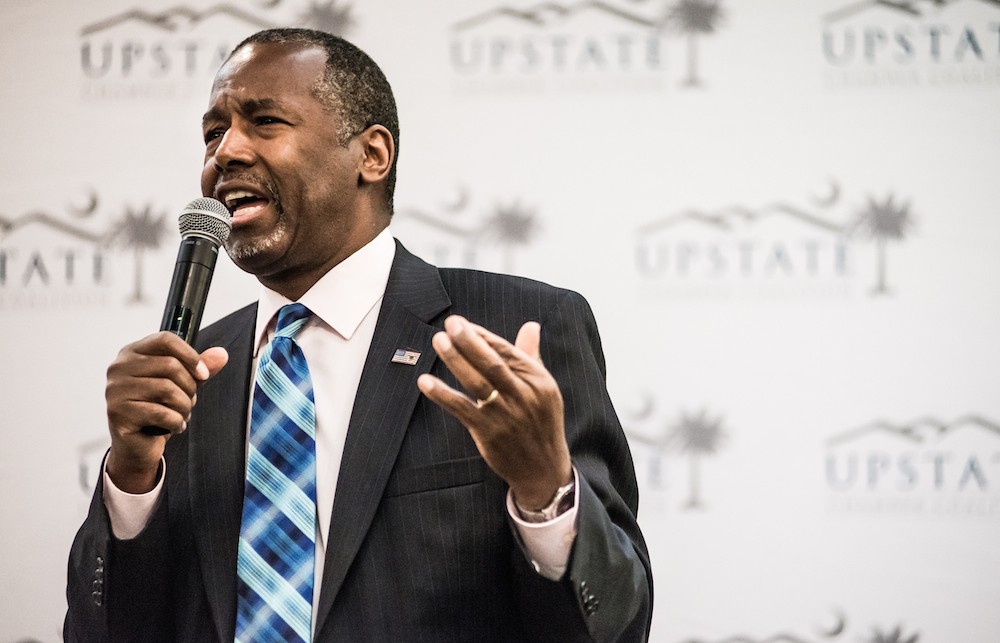 A Republican presidential candidate is once again under fire for his comments about a minority group. But this time it isn’t Donald Trump.

In an appearance on NBC’s Meet the Press Sunday morning, retired neurosurgeon and current Republican presidential candidate Dr. Ben Carson said it would not be suitable for a Muslim to serve as President of the United States.

“I would not advocate that we put a Muslim in charge of this nation,” Carson told host Chuck Todd. “I absolutely would not agree with that.”

When asked if he felt the same way about a Muslim in Congress, Carson said it would depend.

“Congress is a different story,” Carson said. “But it depends on who that Muslim is and what their policies are.”

Todd’s line of questioning for Carson began with another recent Trump-related controversy. At a campaign stop in New Hampshire, Trump fielded a question from a supporter concerned with the Muslim presence in America.

Supporter: We have a problem in this country. It’s called Muslims. We know our current president is one. You know he’s not even an American.

Trump: We need this question.

Supporter: Birth certificate, man! But anyway, we have training camps growing where they want to kill us. That’s my question: When can we get rid of ’em?

On Friday, Carson defended Trump’s decision to not correct the audience member for saying the president was a Muslim and for answering the question, according to NBC News. Carson suggested that Trump may have misheard the audience member.

Then, on Sunday, when Todd asked Carson on Meet the Press whether a presidential candidate’s faith should matter, Carson said, “I guess it depends on what that faith is. If it’s inconsistent with the values and principles of America, then of course it should matter.”

When Todd asked if Carson believed Islam was consistent with the Constitution, Caron said “No, I don’t — I do not.”

The Council on American-Islamic Relations called Sunday for Carson to withdraw from the race, saying in a statement that Carson “clearly does not understand or care about the Constitution, which states that ‘no religious test shall ever be required as a qualification to any office.'”

“You know, the Constitution specifies there shall be no religious test for public office, and I am a Constitutionalist,” Cruz said during an Iowa public television appearance, according to the Des Moines Register.

Sanders released a statement on Twitter criticizing Carson’s statements and likening them to people who didn’t believe John F. Kennedy was fit to be president over 50 years ago because he was Catholic.

I am very disappointed that Dr. Carson would suggest that a Muslim should not become president of the United States.

People should be elected to office based on their ideas, not their religion or the color of their skin.

Carson campaign spokesman Doug Watts told NBC News that Carson would be reaching out to members of the Muslim community but also encouraged the public to go back and watch Carson’s Meet the Press appearance carefully.

“Dr. Carson is a strict adherent to the First Amendment — freedom of religion. That includes people of all faith,” Watts said. “He has great respect for the Muslim community, but there is a huge gulf between the faith and practice of the Muslim faith, and our Constitution and American values.

“That can be disputed,” Watts continued. “That can be debated. But there’s pretty strong evidence to that effect.” 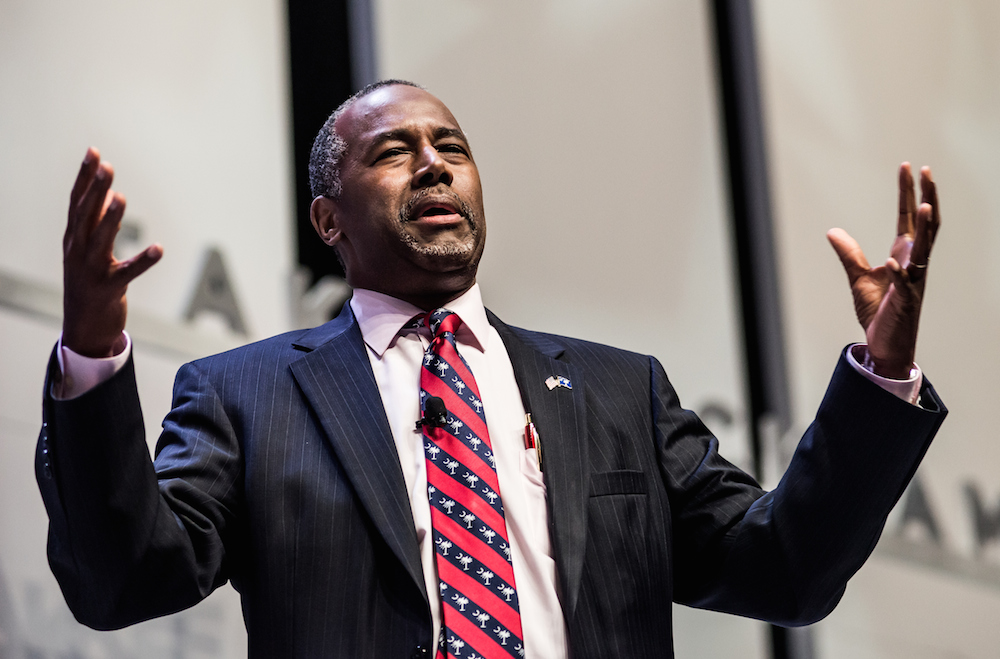