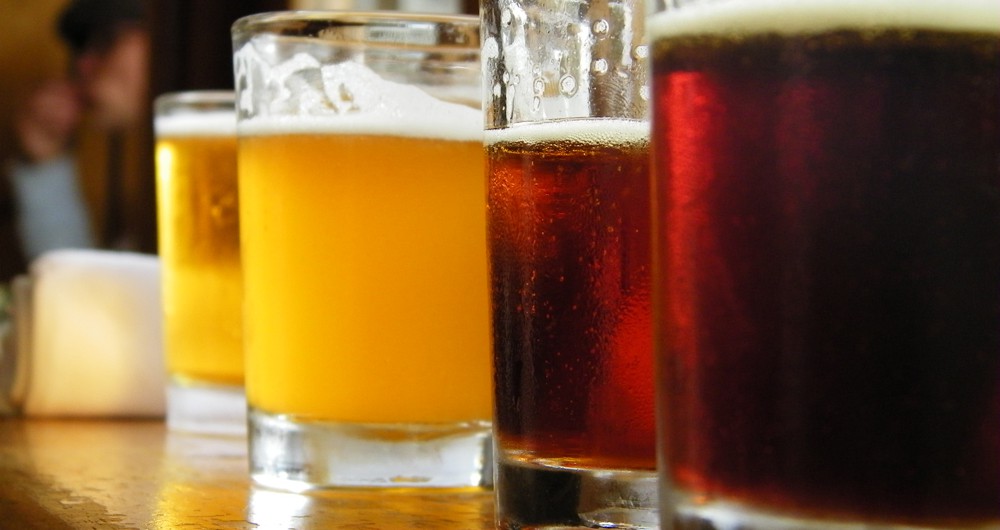 Get ready for another week of fun beer tastings, cocktail workshops, theater and music events around Boston. Except on Wednesday, April 1, when there aren’t any good events. APRIL FOOLS! There totally are some good events that day. Man, we got you good. You should have seen your face just then.

Everybody appreciates a timely Anchorman reference (even Ben & Jerry’s) but do you really love scotch, scotchy scotch scotch, here it goes down, down into my belly? Maybe you wonder if it’s supposed to taste kind of like dirt. Or if it’s from Scotland, why isn’t it called Scottish? Find out the answers to these questions and more at tonight’s Boston Center for the Arts workshop Art of the Cocktail: Demystifying Scotch. Dr. Markeya Williams (Traveling Foodie in 4” Stilettos) and Eastern Standard beverage manager Naomi Levy explain the difference between single malt and blended and help you learn which style to order in the interactive lecture and tasting session. (6 p.m., $35, 21+)

You know The Mikado. It’s the play your junior high put on that wasn’t Pirates of Penzance or H.M.S. Pinafore. The Chicago-based company The Hypocrites reimagines Gilbert and Sullivan’s 1885 operetta at American Repertory Theater second stage Club Oberon, infusing the musical comedy with Monty Python clownishness and a folk-pop sensibility. The general admission show has no fixed seats and audience members can move around the space with the actors, so it’s almost like you’re in the show again, back in the choir where your eighth grade chorus teacher told you to just mouth the words because your voice was still a little squeaky and hadn’t yet transformed into the booming basso profundo it is today. (7:30 p.m., $30, 21+)

You know when you buy a mix pack of Sam Adams beers and they always throw in a couple Boston Lagers that end up in the back of your fridge? Nothing against the flagship brew — it’s the recipe that started an empire — but you’ve had it before and you’re more interested in Sam’s seasonal and limited-edition beers. Well you’re in luck, because every Wednesday in the spring and summer, the JP brewery’s Free Flight Nights let you create your own tasting flight from beers on tap and in growlers. Also on Wednesday night, Sam Adams celebrates the debut of its annual 26.2 Brew with a launch party at Dillon’s on Boylston Street. (5 p.m., FREE, 21+)

Curated by Luke O’Neil, Tejas Mike, and Jeremy Karelis, Emo Night at the Sinclair Restaurant in Harvard Square is going down the same night as the Tigers Jaw show in the same venue. The show’s sold out, though, so you can go cry about that if you’re so emo. Because emo is short for emotions, which men aren’t supposed to have, unless we’re crying because our favorite sports team won or lost a big game, or we just watched the Wonder Years season finale on Netflix, or maybe because a Zillow.com commercial happened to hit us especially hard when we were just in a really vulnerable place. (9:30 p.m., FREE, 21+)

It seems like the weirdest dreams always happen after you wake up, check the clock and see that it’s still too early to get up. Like somehow in just a few minutes your brain conjures up a whole crazy scenario where you’re at a rave party with a DJ and people are doing yoga and there’s coffee and snacks and wait this isn’t a dream it’s another Awake Boston morning dance party at Central Square’s Naga nightclub. That means you can stop worrying about the AP Calculus test you didn’t study for! But you really did forget to put on pants and your tooth really did fall out, it’s not just a symbolic manifestation of your anxiety about financial difficulties and you should see a dentist immediately. (6 a.m., $16-21, all ages)