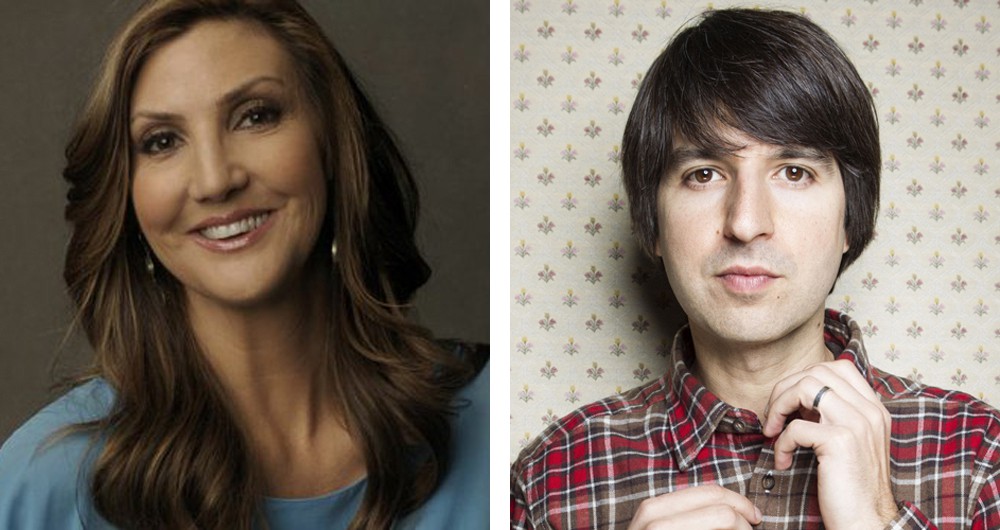 The weather in Boston this winter has been absolutely miserable. With even more snow in the forecast, it’s very easy to feel sad and down as summer seems so far away. Rather than sulking while walking between massive mounds of snow, there are several comedy shows around Boston this month that will hopefully cheer you up. Here are the ones I’m excited for.

Hey, BOSTON. Much like snow, I will be returning to your area on MARCH 3. I'll be at Wilbur Theater. Tickets here: http://t.co/r8Tg0bR0nC

Whether you’re a fan of Demetri Martin from his days on The Daily Show or his own Comedy Central show Important Things with Demetri Martin (which definitely deserved more than 2 seasons), you should be excited to see him perform at The Wilbur.

Scroll through Tumblr for about two minutes, and you’re bound to run past a gif of Bob’s Burgers. The cast of the FOX animated show, which truly understands awkward humor, is ending their live tour here in Boston at the Orpheum Theater. You’ll want to catch them live because most of the show’s females characters are actually voiced by men. It’s sure to be a weird, uncomfortable, and hilarious night.

If you’ve seen an episode of Chelsea Handler’s Chelsea Lately, you’ve probably seen Heather MacDonald get made fun of in some capacity. You won’t want to miss her hilarious stand-up and impressive Drew Barrymore impersonation during her 4-day run at Laugh Boston.

If you’re a big Chelsea Lately fan, you’re in luck because Josh Wolf, another regular from the show, is also performing at Laugh Boston in March. Whether you love him from witty commentary on pop culture or from his time on NBC’s Last Comic Standing, you’ll love him during one of his three days of stand-up.

If you “accidentally” turn on RuPaul’s Drag Race for even just a few minutes, you’ll instantly be hooked. Almost everything about the show is ridiculous, including the competitions, the judges, and the contestants. But somehow, it’s impossible to look away. If the weather has gotten you down, there couldn’t be a better way to cheer you up than watching a live performance by 15 drag queens at Royale.

END_OF_DOCUMENT_TOKEN_TO_BE_REPLACED

Enter to win a pair of tickets to attend The Hess Collection Seminar and Dinner as part of Boston Wine Festival 2018 at the Boston Harbor Hotel on Wednesday, March 14th. END_OF_DOCUMENT_TOKEN_TO_BE_REPLACED

I referred to it as the “best kept secret” in Boston arts for the holidays. END_OF_DOCUMENT_TOKEN_TO_BE_REPLACED

Boston’s arts scene shines at this time of year. END_OF_DOCUMENT_TOKEN_TO_BE_REPLACED

It’s so much more than a holiday show. END_OF_DOCUMENT_TOKEN_TO_BE_REPLACED

Rock for a cause this holiday season. END_OF_DOCUMENT_TOKEN_TO_BE_REPLACED

Get out and see a show this holiday season, and save some money when you do. END_OF_DOCUMENT_TOKEN_TO_BE_REPLACED

You can help give the gift of music to kids in need this holiday season. END_OF_DOCUMENT_TOKEN_TO_BE_REPLACED

Be honest: when’s the last time you attended a Gala? END_OF_DOCUMENT_TOKEN_TO_BE_REPLACED