“Do you feel like a hero mom this morning?” Gayle King asked on CBS “This Morning” today.

“I don’t,” answered Toya Graham, the single mother of six who went viral yesterday for dragging her son away from rioting in Baltimore. Graham could be seen hitting her son multiple times in the head.

The video’s been seen by a lot of people: CBS noted that the YouTube video of Graham and her son had been viewed “more than two million” times (as of now, the original YouTube upload of Graham and her son has over 3.7 million views). The initial media narrative around it was one of appreciation, and the term “Mom of the Year” was thrown around quite a bit. 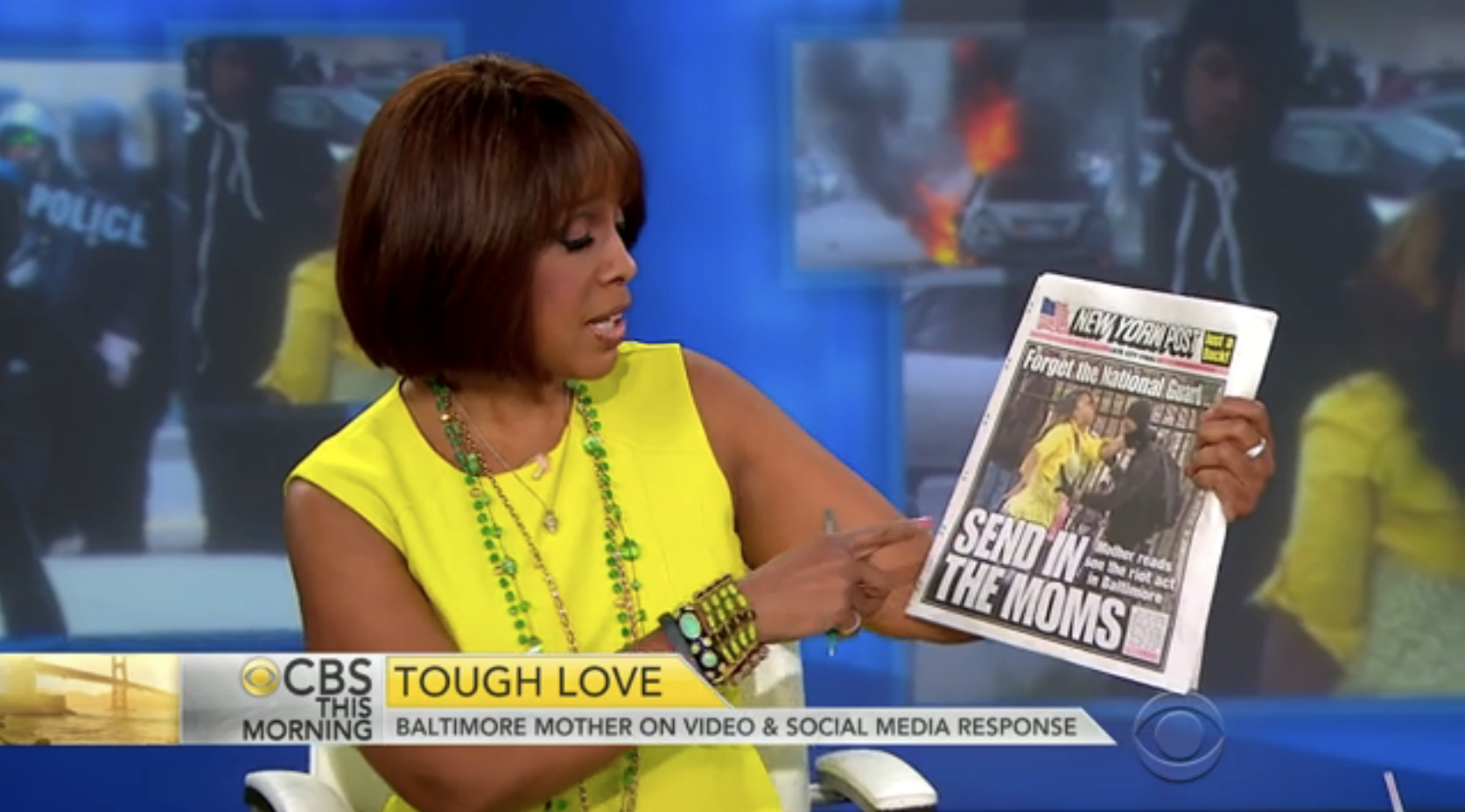 But that initial reaction has since provoked cries of white hypocrisy. From Salon:

The debate over the moment Graham says she “lost it” is complex. There’s a parallel black debate going on that, as always when it comes to racial issues, is richer and more nuanced. But anyone white who’s applauding Graham’s moment of desperation, along with the white media figures who are hyping her “heroism,” is essentially justifying police brutality, and saying the only way to control black kids is to beat the shit out of them.

For her part, Graham was only worried about keeping her son away from conflict, and did not expect the incident to receive the mass attention it did.

“That whole thing was not safe, it wasn’t safe at all,” Graham said, explaining that she and her daughter had gone to the protest to find her son Michael with a rock in his hand.

While the newscasters stood by the “hero mom” ribbon many have affixed to Graham, she appears content with no ribbon at all. Her family is safe.