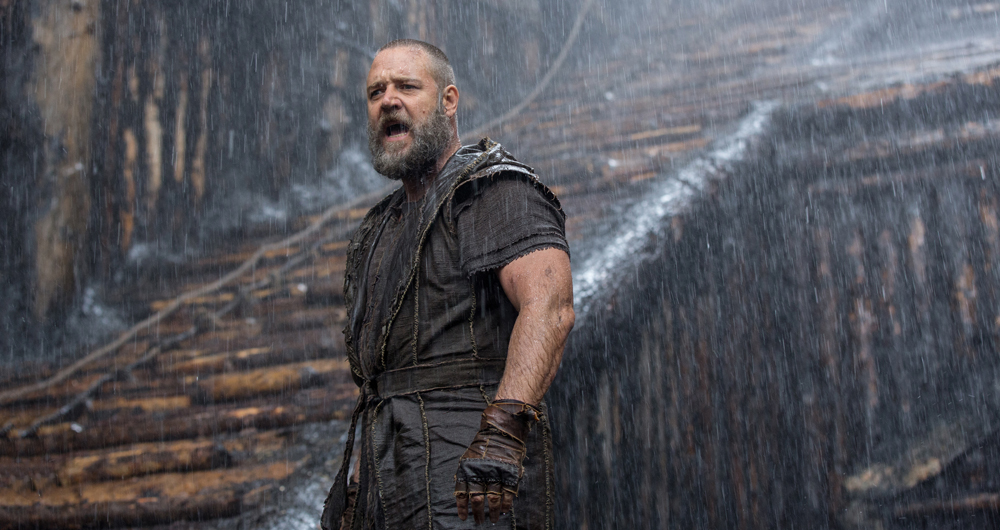 This Friday, Darren Aronofsky’s Biblical epic, “Noah” faces off with Arnold Schwarzenegger’s latest action flick, “Sabotage,” but if neither film is right for your palate, then there are still more options on the menu. Check out the films opening in Boston this week:

Director: Jason Bateman
Starring: Jason Bateman, Kathryn Hahn, Rohan Chand
Plot: Guy Trilby is a 40-year-old loser turned spelling bee champ. Say what? After he finds a loophole in rules of The Golden Quill national spelling bee, he slugs it out as an adult taking on the kids. His heartwarming motives for hijacking the competition are unknown until the end of the film in this over-the-top raunchy comedy.
Buzz/ Tomatometer: Jason Bateman does double duty starring in “Bad Words” as well as making it his feature directorial debut. Cue the cursing. Word on the street is that the critics love this film.

Breathe In
Director: Drake Doremus
Starring: Guy Pearce, Felicity Jones, Amy Ryan
Plot: Felicity Jones is a British exchange student who comes to New York in search of inspiration, but she runs into challenging and romantic circumstances with her host family.
Buzz/ Tomatometer: “Breathe In” was a part of the official selection at 2013’s AFI Fest as well as at the Sundance Film Festival. The film earned a 6.5 out of 10 with over 3,500 IMDB users.

Director: Diego Luna
Starring: Michael Peña, John Malkovich, America Ferrera
Plot: The film tells the true story of the famed civil rights leader as he fought for social justice and change.
Buzz/ Tomatometer: The film has a 7.5 out of 10 score for just about 80 IMDB users.

Plot: In this documentary about Brooklyn rock band The National, the lead singer, Matt Berninger, invites his budding filmmaker brother Tom to join the tour as a part of the crew. Tom ends up bringing his own camera and something different to the entire behind-the-scenes experience.

Buzz/ Tomatometer: Critics chose this one to open the 2013 Tribeca Film Festival.

Plot: Russell Crowe steps into the soggy shoes of the Noah (you know, the one from the Bible with that really big boat). Chosen by God, Noah and his family (and, well, a lot of animals) will be the only survivors of an apocalyptic flood. The exterior of the real life replica of the ark was built to the exact specifications listed in the good book, but for other parts of the film, Aronofsky chose his own interpretation.

Buzz/ Tomatometer: Hearing this was Aronofsky’s own take on the Bible story, the Pope passed on seeing and commenting on the film, no matter how much Russell or Darren tweeted him directly. The film earned an 8.7 out of 10 score for just about 500 IMDB users.

Plot: Arnold Schwarzengger plays the leader of a DEA task force who robbed a drug cartel’s safe house and are now being eliminated one-by-one by the world’s deadliest drug thugs.

Buzz/ Tomatometer: Ok, Schwarzengger, so need we say more? You know what you get with his films– great one liners!

Plot: This fictional film examines the human connection between soldier and prisoner as well as the use of cruel and unusual punishment. As the title suggests, the film’s setting is Iraq’s most infamous prison, Abu Ghraib, where one soldier chooses to disobey orders follow his own beliefs.

Buzz/ Tomatometer: “The Boys of Abu Ghraib” comes from the producers of “Blood Diamond” and “The Last Samurai.”

Golden Globe and Emmy nominee Benjamin Wallfisch is the composer responsible for the score of the hit movie IT. I talked to Ben about his approach to scoring the new version of this iconic story and his thoughts on film and music overall. Some very insightful commentary; listen in. END_OF_DOCUMENT_TOKEN_TO_BE_REPLACED

Rupert Gregson-Williams is an award-winning film composer. He just so happened to compose the score for this summer’s big blockbuster Wonder Woman. We talked about his beginnings in film scoring, film scores that move and inspire him and, of course, Wonder Woman. END_OF_DOCUMENT_TOKEN_TO_BE_REPLACED

Jeff Rapsis is a New England-based composer and performer. Lately, he’s been creating live musical scores for silent film screenings. I talked to him about his process and a few of his upcoming performances at The Capitol Theatre in Arlington and the Somerville Theatre. You can keep track of where else Jeff is scoring silent films here. END_OF_DOCUMENT_TOKEN_TO_BE_REPLACED

Planning on seeing Rogue One: A Star Wars Story when it opens this weekend? I joined Adam 12 to give you an idea of what to expect. But don’t worry, I didn’t give anything away. END_OF_DOCUMENT_TOKEN_TO_BE_REPLACED

No, not from afar, from the comfort of her couch. From the actual awards themselves. That’s where Meredith Goldstein was for the Oscars. She shared all the juicy, first-hand details with me. END_OF_DOCUMENT_TOKEN_TO_BE_REPLACED

To celebrate the opening of ‘The Force Awakens,’ I had some very special guests in studio to start the Thursday, December 17 edition of The Brink. Listen. END_OF_DOCUMENT_TOKEN_TO_BE_REPLACED

Watching the new Star Wars trailer a million times gave us all sorts of feels. And one of those feels was nostalgia. END_OF_DOCUMENT_TOKEN_TO_BE_REPLACED

END_OF_DOCUMENT_TOKEN_TO_BE_REPLACED

If you’ve finally finished crying over Inside Out — or Lava, the short that ran before it — Pixar is readying another assault on your tear ducts with The Good Dinosaur, if its newly released trailer is any indication. END_OF_DOCUMENT_TOKEN_TO_BE_REPLACED