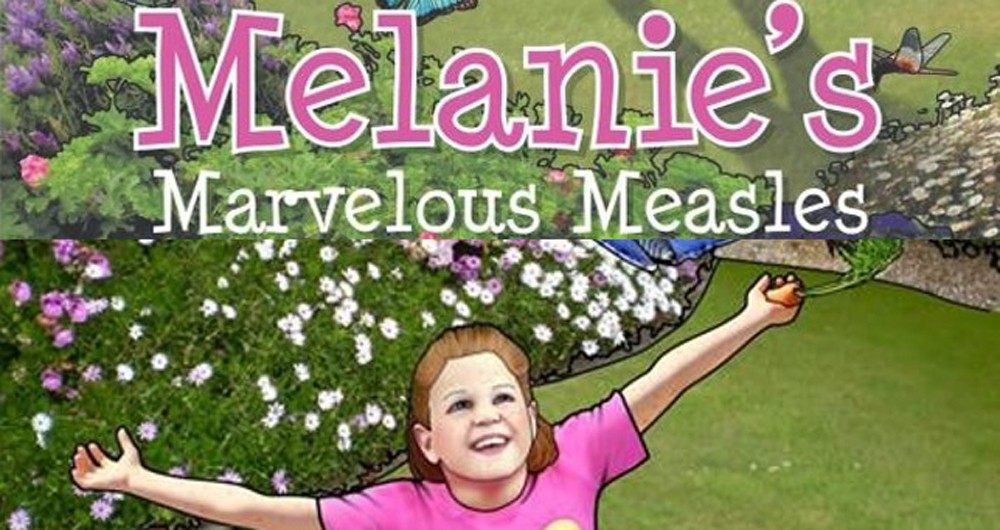 The anti-vaccination movement has been highly controversial topic in recent years, and not without cause – parents refusing to vaccinate their children have led to several measles scares and even the death of young people. Enter Melanie’s Marvellous Measles, a children’s book by Stephanie Messenger that was released in 2012 that details the positive side of naturally recovering from measles. 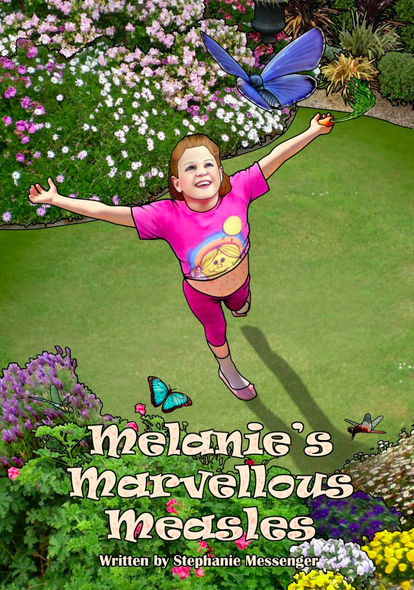 Not surprisingly, the rediscovery of the book in light of recent events has sparked public anger and a fair amount of snark in Amazon reviews. With Messenger’s ill-advised parenting tactics out in the open, we decided to dream up some of our own titles. 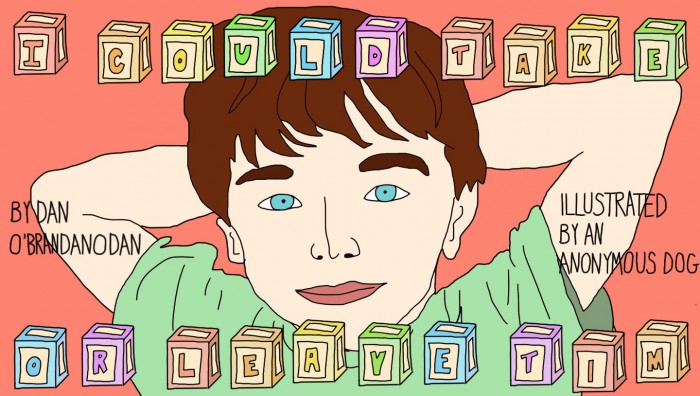 I Could Take or Leave Tim

Author: Dan O’Brandanodan
Illustrator: An anonymous dog
Summary: When his eight-year-old son Tim contracts the chicken pox, his father Thomas bravely decides that he could take or leave him, and will take his chances. Thomas firmly believes that receiving the chicken pox vaccination as a child was the reason he never made it on Broadway, and would hate that to be the reality for his son. Actually, he doesn’t care too much.
Excerpt: “Thomas thought and he thought, as Tim’s red bumps were spreading
‘Dad, I don’t like where these strange itches are heading!’
Thomas looked at his son and couldn’t help but say,
‘You know, Tim, I don’t really care either way.'” 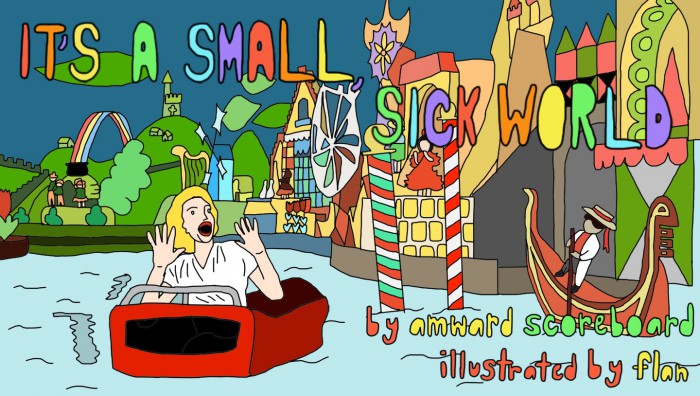 Author: Amward Scoreboard
Illustrator: Flan
Summary: A family trip to Disney World goes wrong when a single measles-ridden kid’s cough on the It’s a Small World ride causes the whole ride to be quarantined for ten days.
Excerpt: “On the seventh day, Mrs. Walsh felt her ears ringing
From all the small puppets who hadn’t stopped singing
‘It’s a very small world!’ one sick captive cried,
‘When every person in here is destined to die!'” 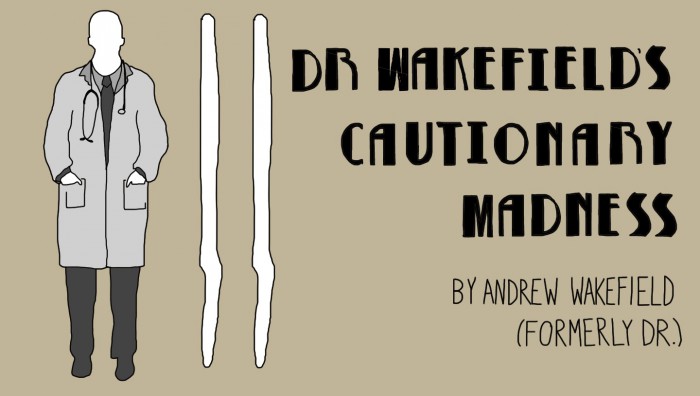 Author: Andrew Wakefield (Formerly Doctor)
Summary: A young adult novel that chronicles the tale of Dr. Andrew Wakefield, who mistakes a line of cocaine for vitamins. He proceeds to get extremely high before writing a new report that falsely claims that the measles and mumps shot can cause autism in children. His doctor’s license is removed.
Excerpt: “Dr. Andrew looked at his still-shaking hands and thought of his teenage daughter Jodie. What would she think of him in years to come? Would she even graduate from high school when simultaneously afflicted with the measles, mumps and chicken pox? He had failed his profession, his family, and worst of all…himself. He snorted another line of cocaine to clear his sinuses, and…” 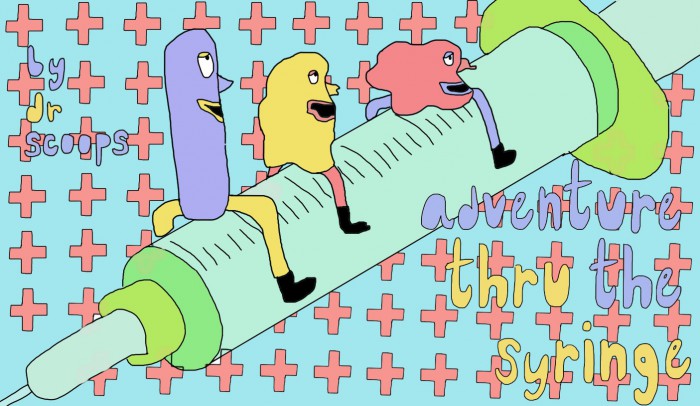 Adventure thru the Syringe

Author: Dr. Scoops
Illustrator: A sneeze
Summary: A fun romp through the contents of a  vaccination needle, full of personified villainous contents like “Evil!” and “Bad Boy Juice!”
Excerpt: “…and it is this angry virus that stands to infect your child with the Black Plague. Look at his mean, frowny face! That’s the face of a virus who wants to infect your kid, making him weak and unpopular and completely unable to attract a mate! Do you want your kid to be a LOSER???? Of course not…” 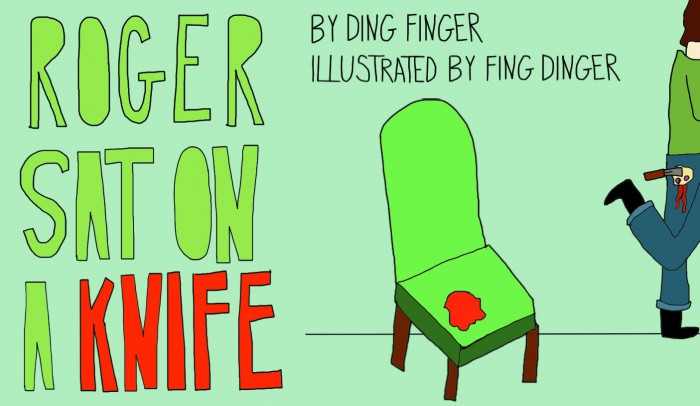 Roger Sat on a Knife

Author: Ding Finger
Illustrator: Fing Dinger
Summary: A children’s poem about young Roger, who sits on a knife and learns from it.
Excerpt: “Mommy saw the knife on her sweet boy Roger’s seat
And knew that she could stop him, but instead she could keep
A secret from her Roger, and instead let him learn
The buttpain of a knife and the character that’s earned.”

Click here to see where we’ll be the rest of the season! END_OF_DOCUMENT_TOKEN_TO_BE_REPLACED

We kicked off our 2018 season on the coldest day EVER. END_OF_DOCUMENT_TOKEN_TO_BE_REPLACED

Our annual sushi celebration is fast becoming the social event of the season. END_OF_DOCUMENT_TOKEN_TO_BE_REPLACED

Bringing it all home. END_OF_DOCUMENT_TOKEN_TO_BE_REPLACED

The sun came out, and so did we. END_OF_DOCUMENT_TOKEN_TO_BE_REPLACED