The father of reporter Alison Parker, who was killed Wednesday morning along with cameraman Adam Ward during a live broadcast on channel WDBJ7 in Virginia, appeared on Fox News’sThe Kelly File Wednesday night.

Standing beside Alison’s boyfriend, WDBJ anchor Chris Hurst, her father Andy Parker told host Megyn Kelly that he is going to dedicate himself to gun control.

“I’m not gonna let this issue drop,” he said. “We’ve got to do something about crazy people getting guns.”

“The problem that you guys have—and I know it’s the news business and this is a big story,” he continued, “but next week it isn’t going to be a story anymore and everybody’s going to forget about it. But you mark my words: My mission in life—I talked to the governor today. He called me, and I told him, ‘I’m going to do something, whatever it takes, to get gun legislation, to shame people, to shame legislators into doing something about closing loopholes in background checks and making sure crazy people don’t get guns.’”

“If I have to be the John Walsh of gun control—” he said. “Look, I’m for the Second Amendment. But there has to be a way to force politicians that are cowards and in the pockets of the NRA to come to grips and make sense—have sensible laws so that crazy people can’t get guns. It can’t be that hard.” 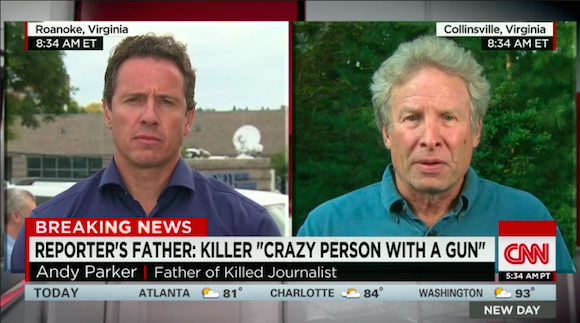