An international hacking collective has declared war on ISIS 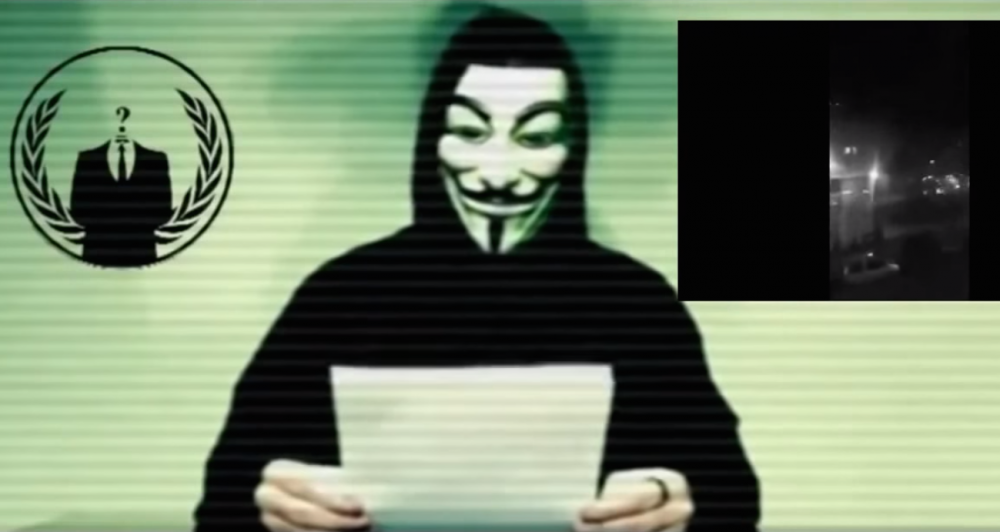 Anonymous, the international hacking collective whose attacks on companies and organizations like the Church of Scientology, the Westboro Baptist Church, Visa, and Sony have caused major disruptions, supposedly have their eyes on a new, deadlier target: ISIS.

A video posted by members of the group shortly after Friday’s Paris terror attacks called for the destruction of the radical Islamic terrorist group using all of Anonymous’s powers, including Distributed Denial of Service (DDoS) attacks, exploiting weaknesses in website security, and leaking personal information about its members, a practice known as doxing. The plan has been alternately dubbed Operation ISIS and Operation Paris.

“On Friday, November 13, our country was attacked in Paris for two hours, by multiple terrorist attacks claimed by you, Islamic State.” the video begins (in French). “These attacks cannot go unpunished.”

“We are going to launch the biggest operation ever against you,” the video adds. “Expect very many cyber attacks.”

At least one major Twitter account associated with the Anonymous has thrown its support behind the mission. They have begun Distributed Denial of Service (DDoS) attacks on a number of ISIS websites, and have targeted US company CloudFlare for indirectly assisting ISIS through the use of its products.

Once again, @CloudFlare have been found to be providing services to pro-#IslamicState websites. Shameful. #OpISIS #Daesh #Anonymous

The video should be taken with a grain of salt, however. Due to the fact that Anonymous is, well, anonymous, anyone can upload a video claiming to speak for the group, which has no public-facing hierarchy or leadership.

The largest Twitter account associated with Anonymous, YourAnonNews, has ignored the ISIS mission entirely, choosing instead to focus on recent cases of alleged police brutality and criticizing the US for refusing Syrian refugees.

This is exactly what the terrorists want. Shame on the USA. https://t.co/hqsQGN6Dqp

The only acknowledgement YourAnonNews has made of Operation Paris was a retweet of  Anonymous member AnonDiscordian, who claimed to have visited a chatroom where other members of Anonymous were strategizing their fight, only to find confusion and lack of direction.

“Every time I jump in the channel for #OpParis and ask what their motives are, I either get the answer  ‘I don’t know yet’ or ‘look at the topic,'” he wrote. “No one has thus far been able to personally explain the operation to me or what it is they want to achieve.”

Operation Paris will not be the first Anonymous action against radical Islamic terror groups. After two men associated with one such radical group shot and killed 12 people at the offices of French satirical publication Charlie Hebdo this January, Anonymous allegedly took down several ISIS websites and thousands of Twitter accounts associated with ISIS members.

Given the past success of Anonymous disrupting the status quo, their latest purported mission is something to keep an eye on in the coming weeks and months.