An Atheist’s Guide to the Holidays With Harvard’s Humanist Chaplain Greg M. Epstein 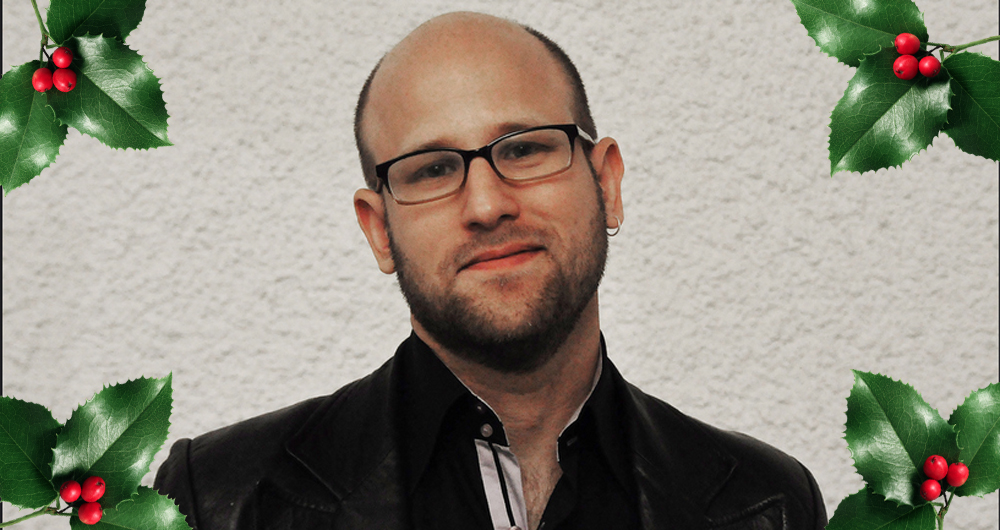 For the last ten years, Greg M. Epstein has been the Humanist Chaplain at Harvard University. The role started simply – he was to mentor and work with the school’s atheist, agnostic, and humanist population – but since 2013, when the group opened a meeting space called the Humanist Hub, he’s found himself working with a much larger community that includes frequent visitors from as far away as New Hampshire and Vermont.

On Sunday, December 7, Epstein’s “Godless Congregation” commemorated their first anniversary at the Hub with a holiday-themed get-together. We sat down with him before the festivities to find out what separates a secular holiday season from a religious one, and to learn just how the atheists and agnostics at the Humanist Hub will be celebrating this year.

“Although,” Epstein notes with a laugh, “I do have to say it would be pretty awesome if we could get Steven Pinker to put on a Santa suit and a beard.”

Don’t sweat the tree stuff
Since this is the first holiday season that the congregation of nonbelievers will celebrate in the Humanist Hub, the group hasn’t yet decided whether they’ll get a tree for the occasion. But should they opt to tinsel the hell out of an evergreen or set a yule log ablaze, Epstein won’t object, citing the fact that those traditions have “almost nothing to do with Christ.”

Besides, “At a time of year when everything in nature is dying around us, and when it’s getting so cold and so dark and we miss the sun and we miss the leaves and we miss the flowers, why wouldn’t we find it beautiful to reflect on this gorgeous, green tree?” Epstein asks. “Why wouldn’t people want to celebrate that as a symbol for our own hopes and our own strengths?”

On presents: Keep it simple
“Actually, my students did a secret Satan, I have to admit,” Epstein chuckles. But for the most part, he encourages his students and congregation to give small, thoughtful gifts that will be meaningful to the recipient without breaking the bank. “Nothing against the economy, but I don’t necessarily think that it’s in the spirit of our humanist holiday to put yourself in debt just to keep up with the Joneses.”

Whether that means doing a gift exchange (like the aforementioned secret Satan), making a charitable donation in your giftee’s name, or just getting together for a meal or offering to help someone out around the house, he encourages conscious gift-giving in the name of the holidays.

Sing loud! Just… not about Jesus
It’s actually not as hard as you’d think to find holiday-themed songs that don’t reference religion. “Deck the Halls” is a strictly secular tune. “Let it Snow” is another. “Winter Wonderland,” “Frosty the Snowman,” even the eternally creepy “Baby, It’s Cold Outside” – none mention Christmas, or any other religious holiday.

Epstein also tips his hat to the Austin-based Quiet Company, a Christian-turned-atheist indie rock band who have been picking up steam in the humanist community and beyond for making what he refers to as “sacred music for atheists.”

(Although, there are apparently more requirements for music at the Humanist Hub’s holiday celebration than just “not overtly Christian”; this reporter’s somewhat seasonal suggestion of “Hell’s Bells” was not taken seriously.)

Hoping to get down with your fellow heathens this holiday? The Humanist Hub is located at 30 JFK Street in Cambridge. They meet at 1:30 on Sundays.

Enter to win a pair of tickets to attend The Hess Collection Seminar and Dinner as part of Boston Wine Festival 2018 at the Boston Harbor Hotel on Wednesday, March 14th. END_OF_DOCUMENT_TOKEN_TO_BE_REPLACED

Boston band Funeral Advantage is Tyler Kershaw. And Tyler Kershaw had a fun childhood, so it seems. END_OF_DOCUMENT_TOKEN_TO_BE_REPLACED

Perry put me on to daephne and the album blew my mind. END_OF_DOCUMENT_TOKEN_TO_BE_REPLACED

END_OF_DOCUMENT_TOKEN_TO_BE_REPLACED

Today, that briefly changed, as the hashtag #TheWorstPartofDepressionIs trended worldwide on Twitter, sparking a conversation on an issue many find difficult to discuss. END_OF_DOCUMENT_TOKEN_TO_BE_REPLACED