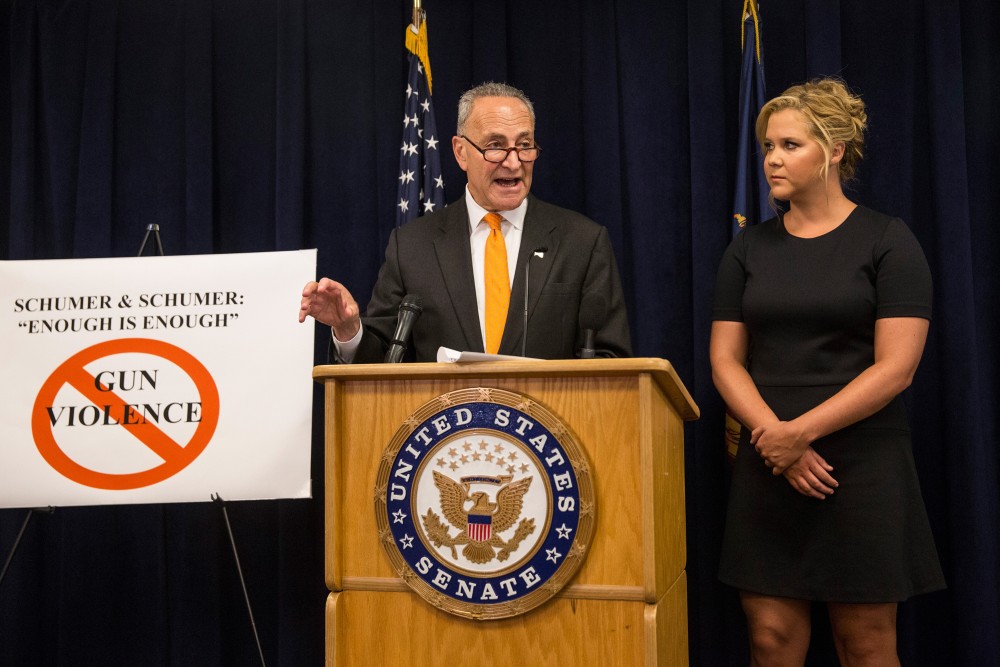 And she did it alongside the cousin we never knew she had. The comedian and film star accompanied New York Sen. Chuck Schumer at a press conference this morning to announce a new public initiative that tackles gun violence. The program will take a three-pronged approach to curbing mass shootings, with a focus on background checks and mental health funding, as outlined in a press release posted to Sen. Schumer’s website.

Grateful to @amyschumer for adding her talent & her voice to the nationwide call to put an end to #gunviolence. pic.twitter.com/tJyRdNyinw

On July 24, a gunman opened fire at a showing of Amy Schumer’s recently released movie, Trainwreck, at a theater in Lafayette, Louisiana. Two women were killed and nine people were injured by an individual to whom Amy Schumer refused to refer by name during Monday’s press conference.

“These are my first public comments on the issue of gun violence,” Amy Schumer said. “But I promise you, they will not be my last.”

.@amyschumer, voice shaky: "These shootings have got to stop. I don't know how else to say it." pic.twitter.com/seXhT4nkIo

Looking forward, Sen. Schumer and Amy Schumer want the Justice Department to determine which states have the best standards for involuntary commitment to mental health facilities, and they want Congress to fight against the proposed cuts to mental health programs. Sen. Schumer urged Americans to not sit idly by as mass shootings become commonplace in the United States.

“How many breaking news flashes will it take for Congress to act?” Sen. Schumer asked. “How many tears? How many lives lost?”

74% of Americans want stronger background checks. Joining @amyschumer to call on my colleagues in Congress to finally listen. More at 11.

Amy Schumer said she’s received death threats for her comedy and understands that taking such a strong gun control stance will likely result in more. 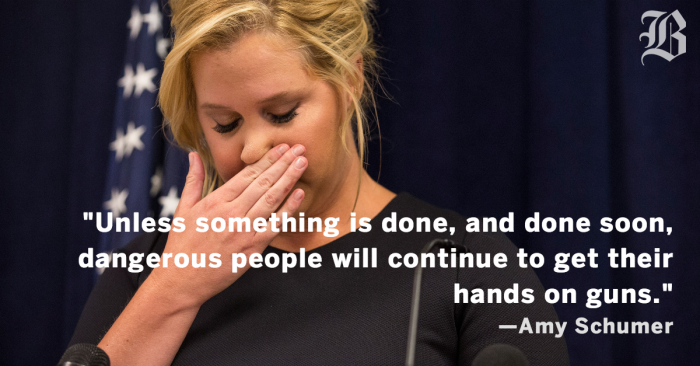