Though many viewers were likely unfamiliar with the 1957 film version of 12 Angry Men the episode is based on, they likely recognized a few of the famous actors starring as jurors, including Jeff Goldblum, Paul Giamatti, Dennis Quaid, and Vincent Kartheiser.

The question the jury is tasked with answering by jury foreman Goldblum: Is Amy Schumer hot enough to be on television?

For some of the jurors, the answer is simple. “Let’s be reasonable,” Giamatti says. “You sat in the courtroom and saw the same potato face we did for three months. Come on.”

The sketch lampoons the many comments other female television stars face as well through the dialogue of Nick DiPaolo.

“Now they all think they deserve TV shows,” he says. “They got Mindy Nightmare and the Lena girl Holocaust hour — lemme ask you a question, where’s Megan Fox’s talk show?” 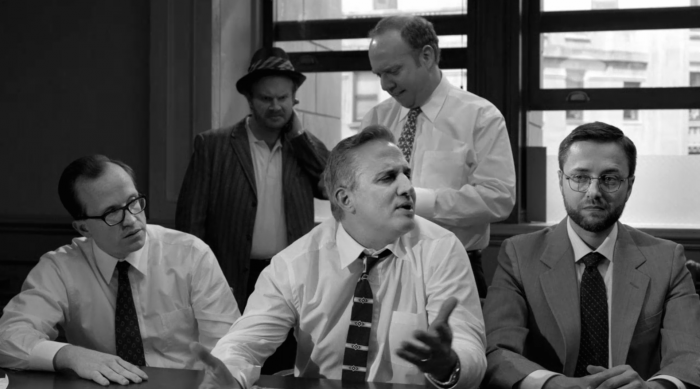 But just like Henry Fonda’s character from the original film, a lone juror (in this instance, John Hawkes) needs convincing that this jury should strip Schumer of her television show and livelihood — as Kartheiser notes, “It’s an undisputed fact that a woman’s value is mostly determined by her looks.” (“As it should be!” Giamatti chimes in.)

A few change their mind for un-PC reasons. One juror says girls of Schumer’s size “have to work for it,” which turns him on. Another is coerced to admit that, in bed with his glasses off, the indistinct blond visage of Schumer might compel him to take “a few exploratory tugs.” 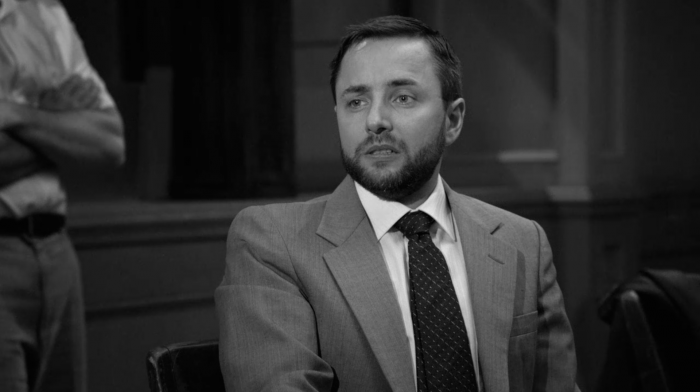 Eventually, the last juror caves, revealing his hostility toward confident women is rooted in being rejected for a date by his dream girl decades ago. The judge (Quaid) finds Schumer on the courtroom steps (after mistaking her for a garden gnome), and informs her that the jury has determined she is hot enough for basic cable. 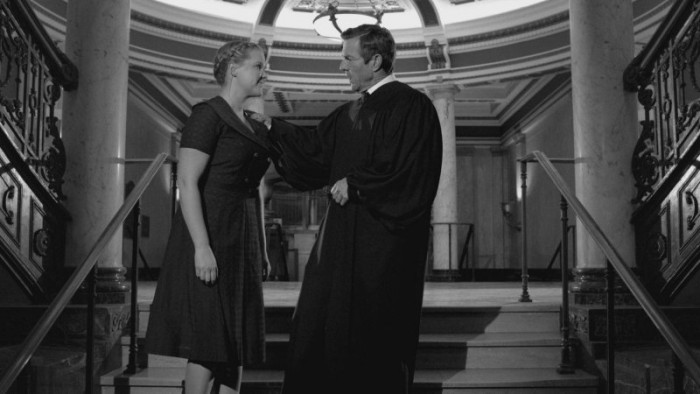 Schumer discussed the sketch with HitFix’s Alan Sepinwall, and boiled ’12 Angry Men Inside Amy Schumer’ down to its central thesis.

There is this strange anger towards women who are comfortable with themselves, who some people feel like they shouldn’t be. The message that’s sent to us through the media and Hollywood and magazines is, “If you’re not one of the most beautiful women in the world, you should hide yourself.” 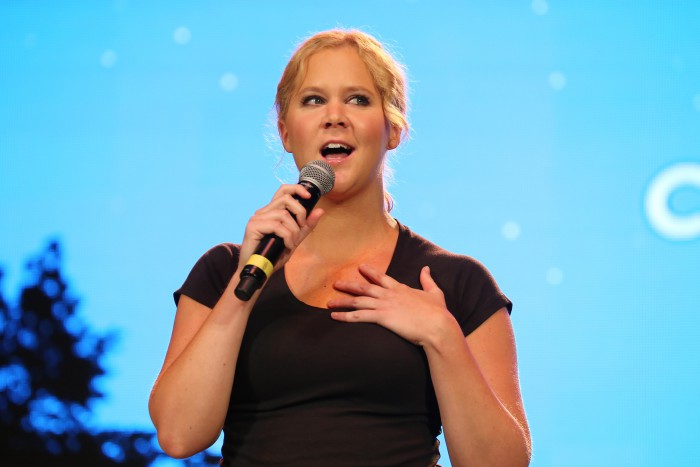 Schumer also touches on a specific insecurity among males, where a woman’s attractiveness can be determined by one’s friends (or a jury of their peers) instead of personal preference.

I have very different taste in men than my friends and my family. [But] they’ve never checked with me to see if he’s hot. But with men, there is this constant checking in. And you might not think a girl’s that pretty and if your friend thinks she’s hot, that might change how you see her. And I just found that kind of thinking very strange.

Schumer has lampooned this behavior before, notably in a focus group sketch from an earlier episode of her show. But the ability to effectively tackle such a complex issue while packing enough jokes in to keep the sketch funny for its entire 19-minute run proves that Schumer is at the top of her game.