Allston Pudding’s Boston Band of the Week: The Western Den 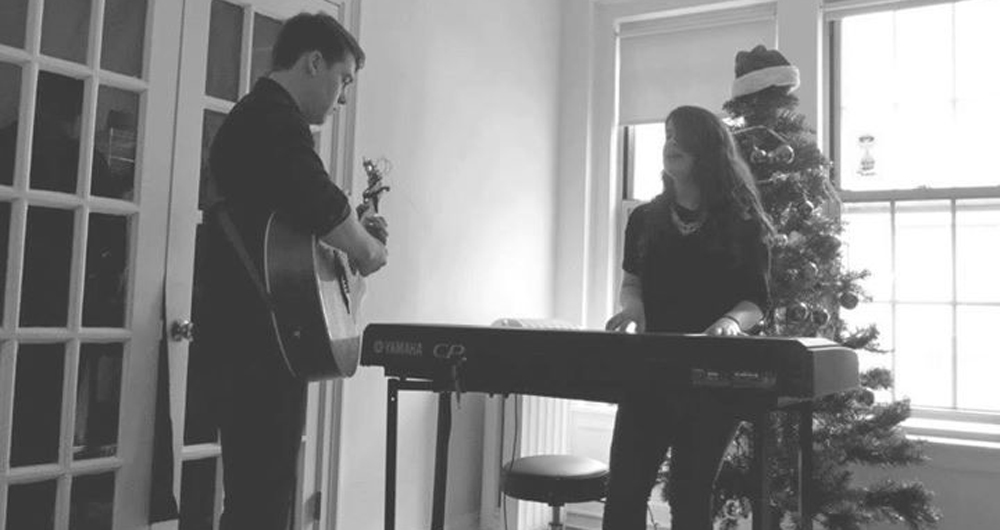 Who: The Western Den

The Western Den is Deni Hlavinka, Chris West, and friends. Hlavinka and West began first collaborating before they ever met in person. The summer before the two enrolled at Berklee they began a Postal Service-esque routine of collaborating via the Internet thanks to those handy accepted students groups. “Deni’s music was cinematic and lush, and I was very drawn to it. [She is] drawn to the organic purity of folk music,” West said. Together the duo, now turned couple, create a middle ground that incorporates both of their tastes. With West’s grounding in guitar based writing and Hlavinka’s delicate purity, a sound akin to The Civil Wars was born. “Neither of us had really collaborated or co-written with anyone before, so it was something strange, exciting, and new for us,” West said.

Nearly two years later, the pairing is as strong as ever. Frequenting the Boston scene under a moniker born out of a combination of West’s surname and Hlavinka’s given name: The Western Den. With just two EPs from 2013 to their name, this is an act to watch. The two record and write together but invite some of their fabulously talented friends to come play with them (and bring a violin or trumpet along, too). Their snakelike harmonies are signature, slithering, intertwining, and balancing off one another with grace. Somehow The Western Den manages to maintain a softness even when dropping to lower registers with fervor on the close of tracks like the unreleased “Eden” (listen below).

My adoration of The Western Den was sparked at a Sofar Boston show back at the beginning of this year. Meekly gathered on the side of the room I approached West to shyly ask for a brief interview. I was immediately welcomed with a warm smile and inviting handshake after handshake with the rest of the group playing with him that night. Beaming ear-to-ear, I walked away thinking they would play a shyly quaint set – boy, was I wrong. The duo’s harmonies were rich, the kind that make the hairs on the back of your neck tickle. The Western Den is delicate, yes, but never underestimate the power in the soft-hearted.

PS – Catch them while you can. According to West, “We definitely have fallen in love with Boston, although we will more than likely end up in a more rural area after we graduate.” The clock is ticking!

Fun fact: West grew up on the little island of Bermuda while Hlavinka grew up in rural Virginia “surrounded by cattle and apple orchards.”

Press play: Get a taste of that Sofar Boston show with “Eden”:

Like what you hear? Did you see a flurry of snow this morning? Stay warm with The Western Den this weekend at their alma mater:

Enter to win a pair of tickets to attend The Hess Collection Seminar and Dinner as part of Boston Wine Festival 2018 at the Boston Harbor Hotel on Wednesday, March 14th. END_OF_DOCUMENT_TOKEN_TO_BE_REPLACED

Perry Eaton writes for Boston.com. Perry Eaton talks on the radio with me from time to time. Today, he talked to me about what he’s been listening to and some upcoming shows and festivals worth checking out. Click here to read more. END_OF_DOCUMENT_TOKEN_TO_BE_REPLACED

Boston band Funeral Advantage is Tyler Kershaw. And Tyler Kershaw had a fun childhood, so it seems. END_OF_DOCUMENT_TOKEN_TO_BE_REPLACED

Perry put me on to daephne and the album blew my mind. END_OF_DOCUMENT_TOKEN_TO_BE_REPLACED