Allston Pudding’s Boston Band of the Week: The Shills 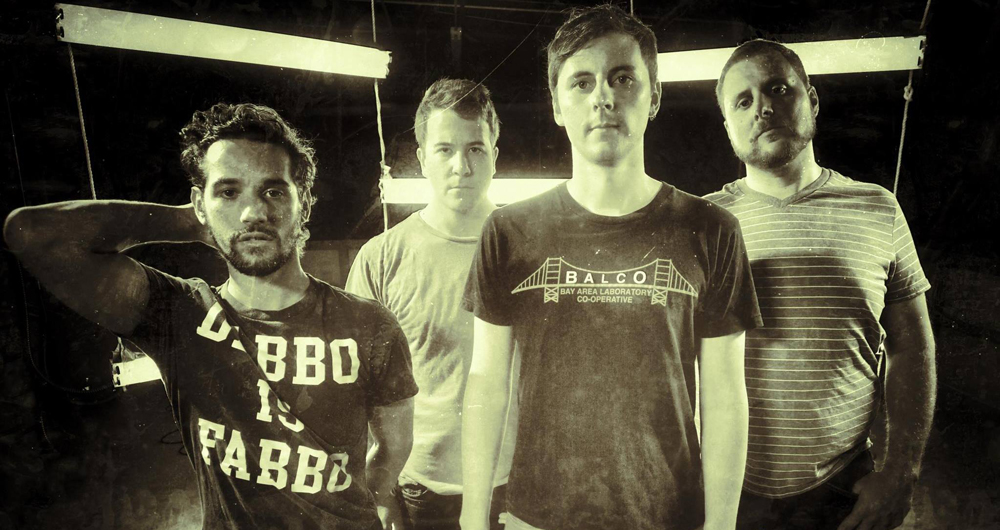 The Shills is Bryan Murphy (vox, guitar), Ryan Jackson (guitar), Dave Sicilian (bass), and James Zaner (drums). And get this…this band’s been around since 2004. Since The Shills put out their debut EP that year, they’ve swapped a guitarist and worked alongside producer Scott Riebling (Fall Out Boy, Cobra Starship) for 2012’s “Keep Your Hands Busy EP.” Not a bad card to have in your pocket as a rock band, don’t you think?

While Murphy takes the forefront with his unwaveringly charming falsetto, the band co-writes their music. The quartet meshes a vibrant palette of influences, dipping into jazz, classic rock, and prog rock. Often layered, The Shills buzz around your brain as you try to dissect it all. As you come down from the bouncing horns of “Janus” and into the crooning of “To Stay”, all you can wonder is what’s next.

I’ve heard nothing but rave reviews of The Shills live. Everyone says they are a striking powerhouse of energy, and a pure collective joy. Since these folks have a number of years to their name, I figured they’ve had some good times live, so I asked. Check out some highlights below:

“There was that time Bryan got jumped in a bathroom after some guy thought he threw one of our CDs at him.”

“The time in Portsmouth NH where this couple bought us some drinks after a show, proceeded to make physical advances toward us and then tried to lure us back to their hotel room; their card ended up getting rejected and while they talked to the manager we snuck out the back and hid behind a dumpster to get away from them.”

“That time Ryan’s girlfriend fainted in the front row during the very first song of Ryan’s very first show with us.”

“That time we got kicked off a ferris wheel after playing a festival in Connecticut because we started spitting on each other; that one was totally our fault.”

Press play: Check out the band’s EPK for some live footage and to get to know them a bit more, get a taste here:

Like what you hear? You could be a part of their next funny show anecdote if you go TONIGHT.

Enter to win a pair of tickets to attend The Hess Collection Seminar and Dinner as part of Boston Wine Festival 2018 at the Boston Harbor Hotel on Wednesday, March 14th. END_OF_DOCUMENT_TOKEN_TO_BE_REPLACED

Perry Eaton writes for Boston.com. Perry Eaton talks on the radio with me from time to time. Today, he talked to me about what he’s been listening to and some upcoming shows and festivals worth checking out. Click here to read more. END_OF_DOCUMENT_TOKEN_TO_BE_REPLACED

Boston band Funeral Advantage is Tyler Kershaw. And Tyler Kershaw had a fun childhood, so it seems. END_OF_DOCUMENT_TOKEN_TO_BE_REPLACED

Perry put me on to daephne and the album blew my mind. END_OF_DOCUMENT_TOKEN_TO_BE_REPLACED