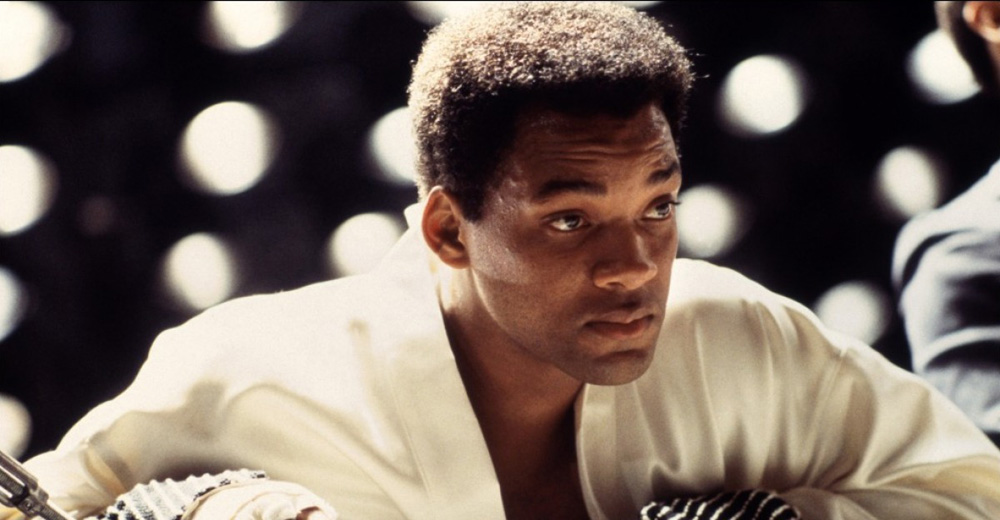 Not the best week in Netflix releases, unless you like corny Kevin Hart movies and cliche sports movies where the underdog makes a triumphant comeback, but in case you get desperate this weekend, here are some time-filler type flicks.

Trying to rightfully depict the fascinating and colorful life of Muhammad Ali is a seemingly impossible feat, but Michael Mann’s direction and Will Smith’s portrayal of the brash boxer got some weighty accolades for the almost three-hour long drama. This is probably your best bet for new releases this week.

“Let The Fire Burn” (2013)
In this appalling documentary, the longtime and often overlooked feud between the city of Philadelphia and the controversial radical urban group MOVE is retold through archival news coverage and interviews that took place after local authorities ordered police to drop military-grade explosives onto a MOVE-occupied rowhouse– a move that led to the death of eleven people (including five children) and the destruction of 61 homes.

“A Touch of Sin” (2013)”
Set in contemporary China, this raved-about indie flick follows the lives of four  lower class outcasts that go on murderous rampages after much disdain for the rapidly changing Chinese state.

“All Things to All Men” (2013)
Another shitty action movie where the long revered veteran detective on some crime case will do whatever it takes to take down a notorious crime lord. Detective enlists the help of known criminal, allegiances are blurred, and then things get a little dicey, blah blah blah.

It’s hard to imagine Cheech Marin in any other role besides the laid back stoner who smokes two-foot fatties in his car, but in this totally cliche sports movie about a team of oddball Little Leaguers from Mexico that make it all the way to the Little League World Series, the famed slacker plays Padre Esteban, the team’s religious beacon of support and guiding moral voice.

Golden Globe and Emmy nominee Benjamin Wallfisch is the composer responsible for the score of the hit movie IT. I talked to Ben about his approach to scoring the new version of this iconic story and his thoughts on film and music overall. Some very insightful commentary; listen in. END_OF_DOCUMENT_TOKEN_TO_BE_REPLACED

Rupert Gregson-Williams is an award-winning film composer. He just so happened to compose the score for this summer’s big blockbuster Wonder Woman. We talked about his beginnings in film scoring, film scores that move and inspire him and, of course, Wonder Woman. END_OF_DOCUMENT_TOKEN_TO_BE_REPLACED

Jeff Rapsis is a New England-based composer and performer. Lately, he’s been creating live musical scores for silent film screenings. I talked to him about his process and a few of his upcoming performances at The Capitol Theatre in Arlington and the Somerville Theatre. You can keep track of where else Jeff is scoring silent films here. END_OF_DOCUMENT_TOKEN_TO_BE_REPLACED

Planning on seeing Rogue One: A Star Wars Story when it opens this weekend? I joined Adam 12 to give you an idea of what to expect. But don’t worry, I didn’t give anything away. END_OF_DOCUMENT_TOKEN_TO_BE_REPLACED

No, not from afar, from the comfort of her couch. From the actual awards themselves. That’s where Meredith Goldstein was for the Oscars. She shared all the juicy, first-hand details with me. END_OF_DOCUMENT_TOKEN_TO_BE_REPLACED

To celebrate the opening of ‘The Force Awakens,’ I had some very special guests in studio to start the Thursday, December 17 edition of The Brink. Listen. END_OF_DOCUMENT_TOKEN_TO_BE_REPLACED

Watching the new Star Wars trailer a million times gave us all sorts of feels. And one of those feels was nostalgia. END_OF_DOCUMENT_TOKEN_TO_BE_REPLACED

END_OF_DOCUMENT_TOKEN_TO_BE_REPLACED

If you’ve finally finished crying over Inside Out — or Lava, the short that ran before it — Pixar is readying another assault on your tear ducts with The Good Dinosaur, if its newly released trailer is any indication. END_OF_DOCUMENT_TOKEN_TO_BE_REPLACED