After a Decade of Music, Pretty & Nice Will Resonate With Boston For Years to Come

Not too long ago I ran into Roger Lussier, Pretty & Nice’s bassist and keyboardist. He was telling me they would be coming out with a new EP soon and showed me some of the art he was making for it. I was excited, but soon after, I heard rumblings of a hiatus, which made me nervous. The band then announced that along with the release of their new EP “Infinity Forever,” Pretty & Nice would be going on indefinite hiatus. In boxing, it’s a move you might call a rope-a-dope. With one last chance to catch them on Saturday at the Great Scott – really it’s a no brainer, this will be an awesome show.

Pretty & Nice has been one of the most consistently interesting bands in Boston. Their music has heard a lot of monikers that try to pin its quirk. Yes, it’s pop, in a way, but it’s also rich with idiosyncratic time changes and layers.

“There was a thing they said when they were teaching me the parts: ‘ Pretty & Nice, don’t play the same part twice.’ Whenever a verse comes around, it’s not the same part and when a chorus comes back around it might not even be in the same key,” says Lussier, who joined the band in 2009.

The band was created by Holden Lewis in 2004, and then was joined by Jeremy Mendicino shortly afterwards. Both play keys, guitars and a variety of other instruments. 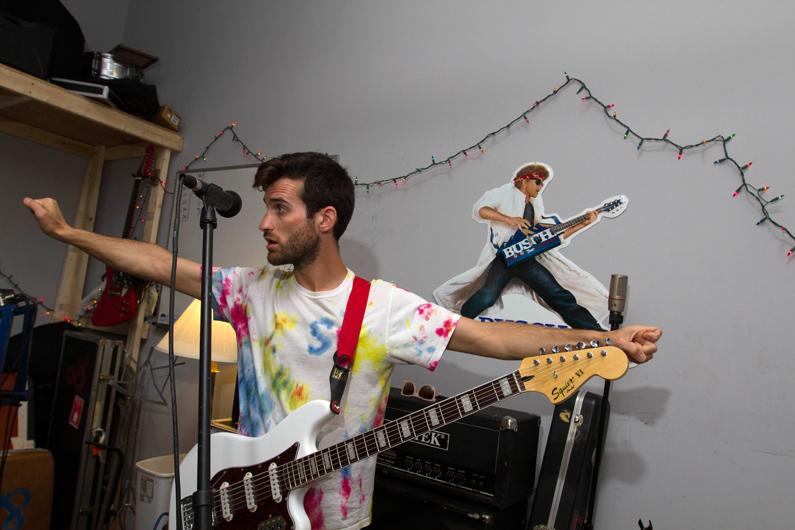 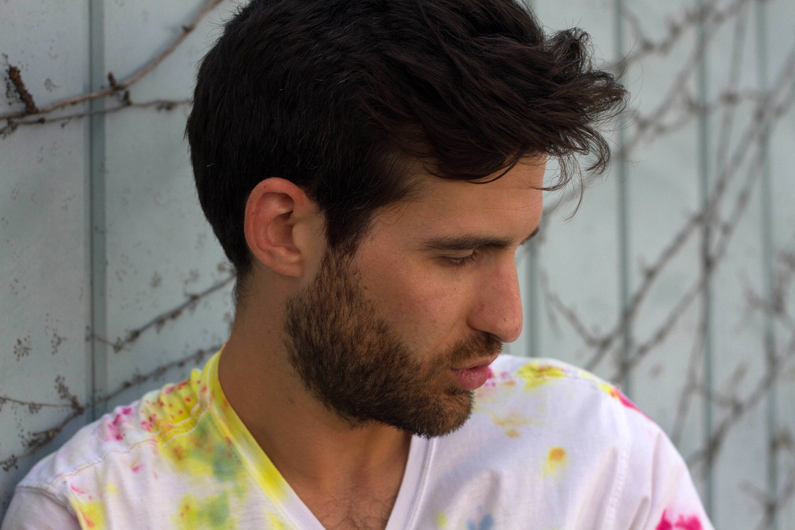 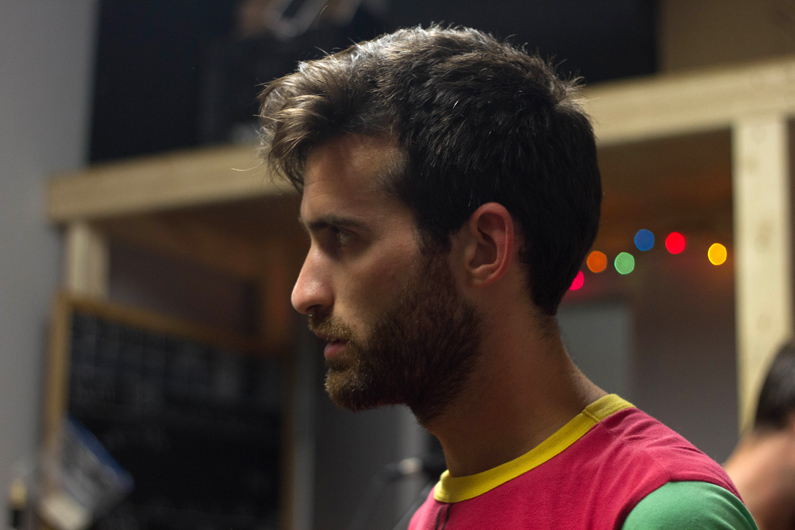 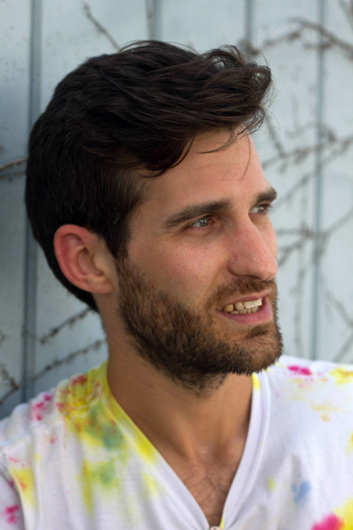 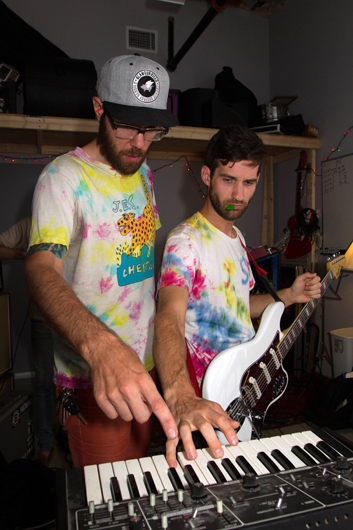 The EP will have a limited physical release of 300 tapes – 100 clear tapes for Internet sale, 100 translucent turquoise tapes for their show in Brooklyn and 100 translucent yellow tapes for their Great Scott show. The EP consists of two new songs “Rock N Roll Wizards” and “Summer Boyz” and three remixes of older songs. The two new songs are addictively catchy, sure to bounce around your head for days, and give the idea that the band has been kicking around for awhile.

“’Summer Boyz’ was something I wrote when one of my oldest friends came to live down here from Vermont … We were just having fun in the summer and I wrote a bunch of silly lyrics about it. We sort of adapted them this year, because that was written four years ago,” says Lewis. ““Rock and Roll Wizards” was an amalgamation of, again, old ideas that we never tackled and never went forward with, you know, updated. It was originally conceptually designed to be the backing track of a video that was never made where we would explode our van at the end, because we have a love-hate relationship with our van.”

The remixes are something that Mendicino says he always solicits from friends by sending out folders full of the song components to different people.

“They’re both just old songs that seem to work right now. The remixes have been from friends.”

Lussier feels that, though probably unplanned, the EP is a perfect bow to tie on the work that the band has done over the past few years.

“It’s actually kind of nice, I was listening to the EP the other day and the remixes on it – one is of “Capsules” from “Us You All We” and two are from “Golden Rules [For Golden People]” so it’s actually kind of interesting. It almost encapsulates the work we’ve done in the last two and a half, three years,” he says. 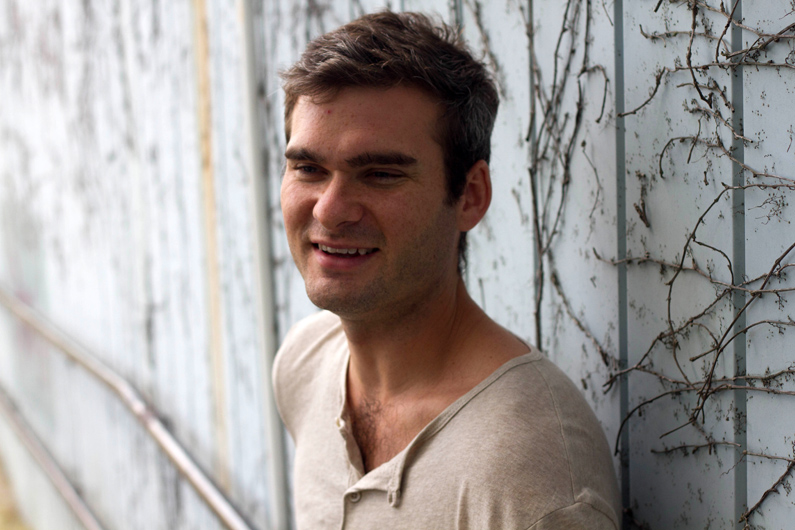 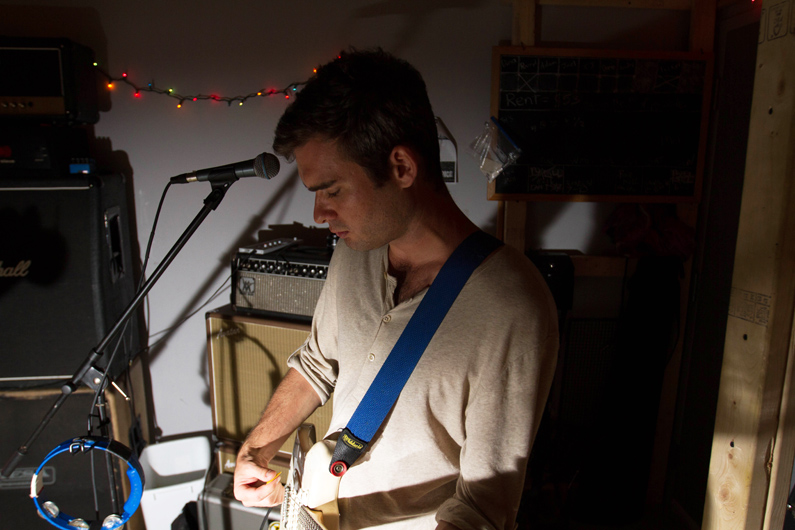 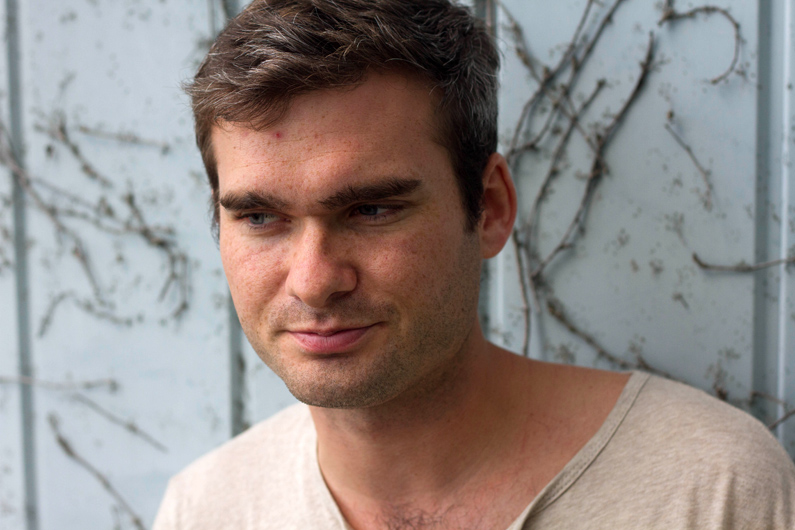 As for the hiatus, each member has different takes on it. There seems to be no hard feelings, but more a sense of fatigue.

“The last few years have been tough. I feel sort of stagnant. Like the release of the last record was good, but didn’t put us anywhere different. I’m worn out, I think we’re all a little worn out. So it’s time to have a breather. For me, it’s been a few years coming. [We’ve been playing] a long time. I mean I love doing it, it’s been the most constant thing in my life for the longest period of my life,” says Lewis. “So it’s weird to think of not doing it. Not playing music, just being in this band Pretty & Nice. So, it’s really weird and scary. It feels like its time to step back for awhile.”

Mendicino has a similar take.

“There are jobs involved, time is more fractured than it used to be. Being in a band requires 90 to 95 percent of your total non-sleep energy. Like your waking energy has to be totally relegated to making shit happen. Writing, recording, booking tours if you don’t have a booking agent, getting in touch with people in the industry if you don’t have a PR agent which we often don’t, we often are doing a lot of our own work,” says Mendicino. “It’s been trucking for long enough that it needs a rest. That’s the idea of it. “ 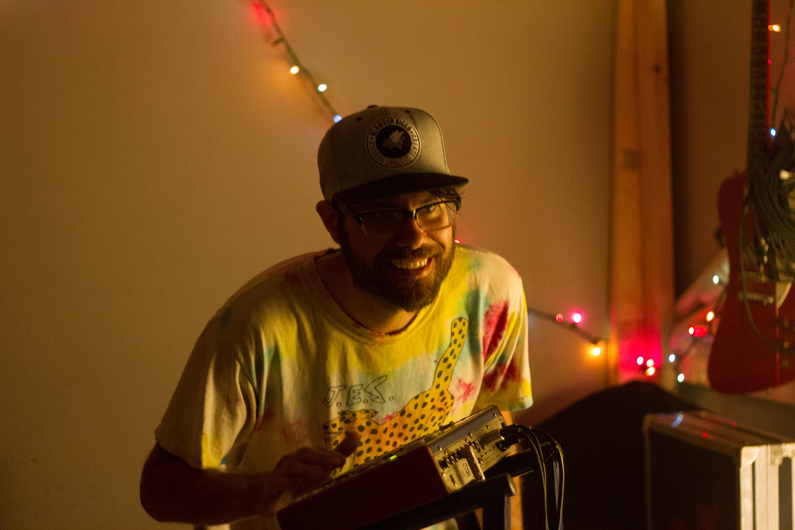 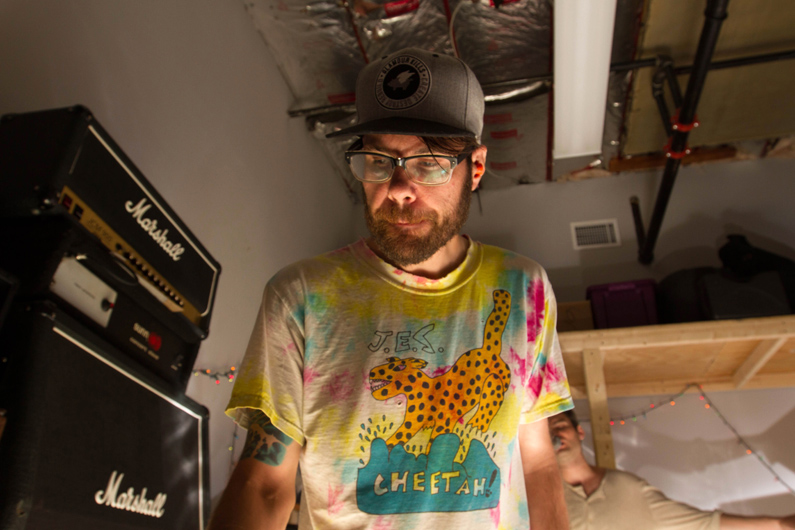 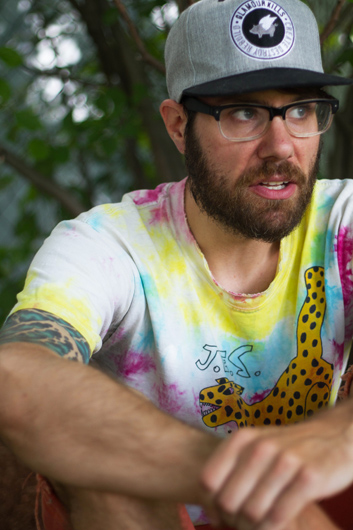 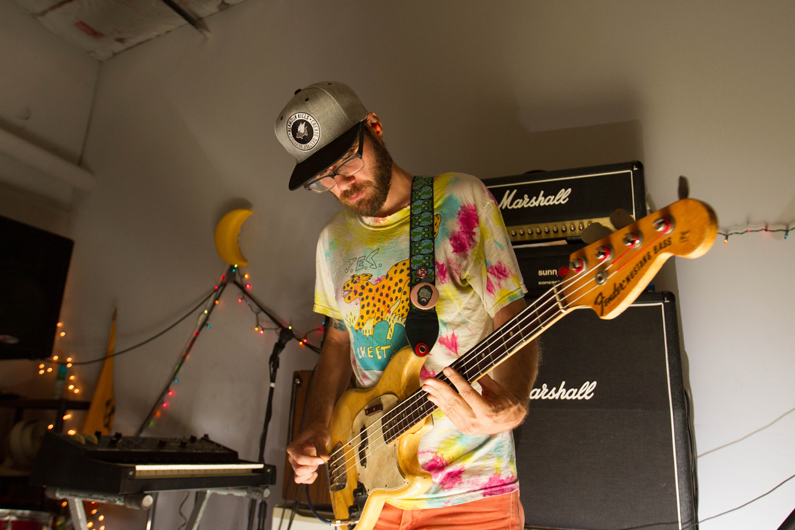 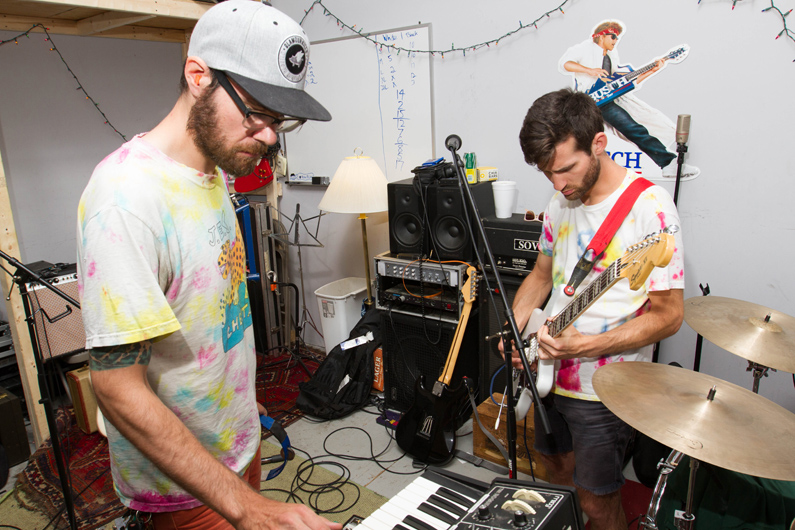 Lussier wishes they had had a chance to get back to a few of their favorite cities like Dayton and St. Petersburg, but is happy they are ending on their own terms.

“It’s not like we’re at each other’s throats. The three of us, and [drummer Michael Tucker] since he’s been such a big part of us for the past year and a half, are just at a point where we need it to stop. I think it was just a matter of how and when rather than why. For all intents and purposes it’s good that we did it this way, releasing this EP, recording a couple of songs– It’s nice that it got to end like this,” says Lussier. “I mean, we played Dayton so often that they have our music in the local section at the record store.”

As for the future, there are a lot of question marks. Mendicino is working on creating a new studio space in Vermont, but doesn’t eschew thoughts about the band in the future.

“Right now, it seemed to be time to be for other pathways to be trodden. We’ve already done so much blazing down this trail, that it’s wide enough that it won’t be overtaken by brush, at least for a little while. If we want to come back and make some more songs, hang out with the Pretty & Nice idea, feel, whatever again in the future – it’ll be easy to pick back up,” says Mendicino.

“We’ve done it before, I suppose, in a way without saying we were going to take a hiatus, just not see each other for a couple of months, then gotten together and first rehearsal [are] back in it. So, who knows. None of us had any deep desire to never play Pretty & Nice songs again or never think in the Pretty & Nice mode again.” 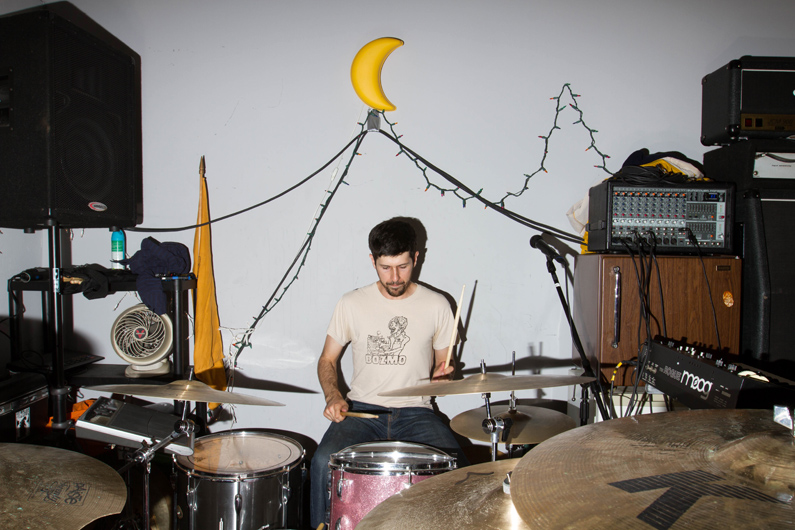 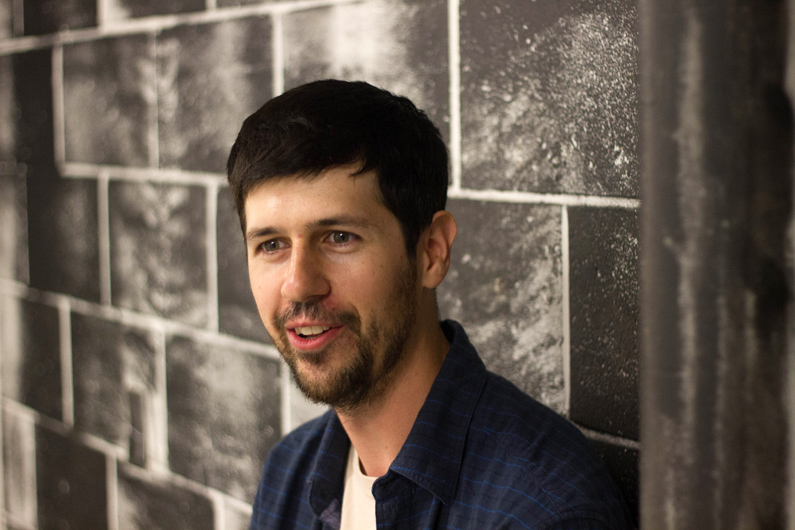 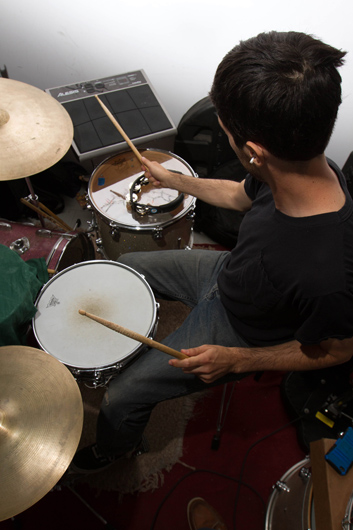 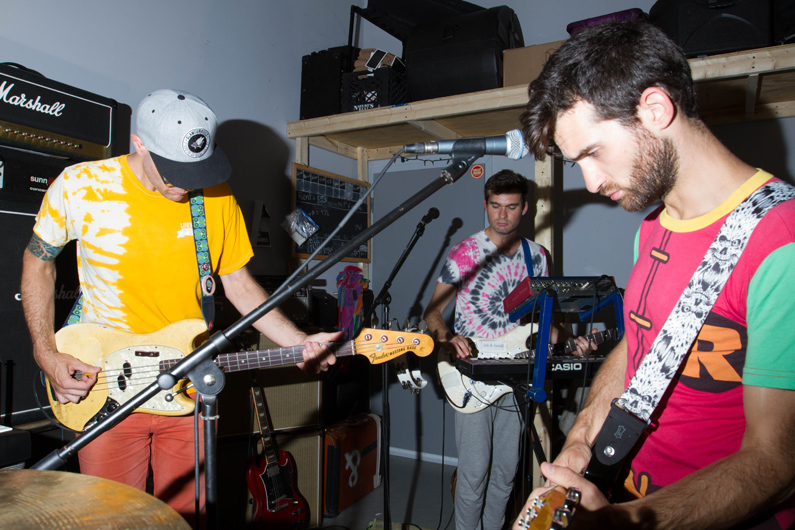 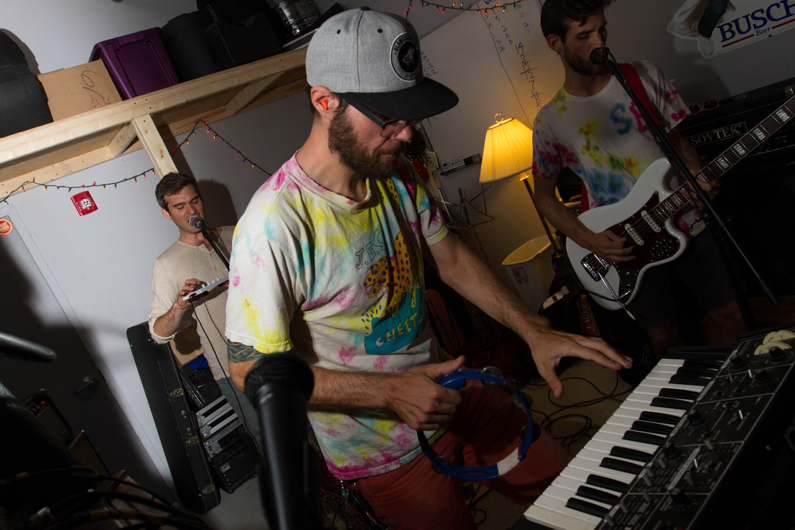 Lewis says he has some non-musical projects he wants to work on, and Lussier has his eye back towards music. Lussier isn’t sure if he will look into managing a band, like he had with Pretty and Nice for the past two years, or look to play in another band, though like many of us, he will lament the loss of one of Boston’s best bands.

“It seemed like it was bound to end this year. The band’s been around for [ten] years. I’ve been preparing for it emotionally, but in a lot of ways I don’t know what’s next.”