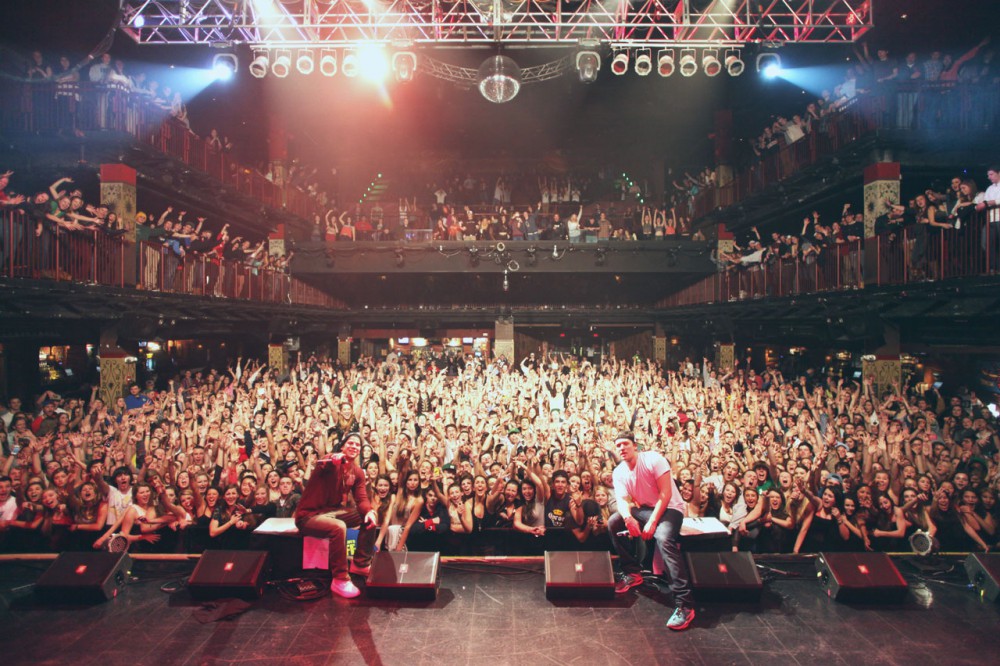 Super Bowl Sunday, folks. And no, the Pats aren’t playing, but at least Bruno Mars and the Red Hot Chili Peppers are, right? No? Well, if you’re looking for a different kind of music experience this weekend, we’ve got you covered. You can catch electronic music at a rock climbing gym, chamber pop music at an art museum, or experimental punk in a record store. Check out all of this weekend’s best bets.

Jam-folk homeboy Ryan Montbleau typically takes on Paradise-sized rooms when he’s playing Boston, but this time around, he’s taking on the modest confines of Club Passim for three nights including tonight (with The Sea The Sea; 8 p.m., $30, 21+). To continue with a jammier vibe, Church hosts Ithaca-based electro-rock groovers Jimkata, supported by local rockers Banana Phonetic (8 p.m., $10, 21+). The Paradise also plays host to a crew of electronic acts, namely trap-hop beatmakers Break Science (with Paul Basic; 9 p.m., $15, 18+). Redstar Union, who typically delivers a different kind of concert experience, does so with Girls Guns and Glory, who will play a live broadcasted show from the venue, along with a conversation with former Globe music critic Steve Morse about the band’s upcoming album “Good Luck” (8 p.m., free with RSVP, all ages).

Wayland-bred posi-vibes stoner-hop act Aer is secretly one of the biggest acts to come out of Massachusetts in the past few years. Now, with a new self-titled LP that has sold over 10,000 copies in just a week, the duo plays its hometown with a huge show at House of Blues (with RDGLDGRN and neW bEAt FUNd; 8:30 p.m., $22.50, all ages). For more low-key option, get sophisticated over at the Museum of Fine Arts to help GEM CLUB release its new album “In Roses,” joined by Dirty Projectors bassist Nat Baldwin (with Brianna Olson; 7:30 p.m., $16-20, all ages). To stay artsy without being in an actual art museum, head to Cafe 939 and check out art pop vet Mirah, along with former local Julia Easterlin (with DJ Carbo; 8 p.m., $15, all ages). Let’s get real, though, sometimes you just want to get rowdy on a Friday night. If that’s the case, Guerilla Toss is the band for you. The local noise rock heroes are finally celebrating the release of its latest album, “Gay Disco,” at the Cambridge Elk’s Lodge (with Ryan Power, Dog, and Cave Bears; 8 p.m., $7, all ages).

Drink in some solid music from all along the electronic spectrum while helping a good cause at the Right Now! Benefit at Brooklyn Boulders. Enjoy sets from Escort, The Juan Maclean, Bearstronaut, and more, while learning about climate change and supporting Philippines typhoon relief funds (with DJ KON, DJ Ryan Brown, and more; 6 p.m., $7, 21+) Great Scott hosts the sweet vintage pop of Spirit Kid, leading a feel-good bill that also includes Brooklyn’s Pow Wow! and Allston’s Beach Toys (9 p.m., $9, 21+). For sludgier vibes, Democracy Center hosts a fine crop of local shoegaze acts that includes Bedroom Eyes and Strange Mangers (with Paths, Jonesing, and The Lonely Machines; 7 p.m., $7-10, all ages).

If you’re not the biggest football fan, there’s a rather tasty option in store for you. Baltimore beat-punk experimentalists Ed Schrader’s Music Beat make a trip to Deep Thoughts in Jamaica Plain to headline a bill that also includes basement pop duo Saralee and Allston noise punk legends Skimask (8 p.m., donation-based, all ages). If that doesn’t float your boat, at least tune into the Super Bowl for Bruno Mars or the commercials or something.

Enter to win tickets to see Trio Da Kali at The Villa Victoria Center of the Arts (Newton, MA) on April 10th. END_OF_DOCUMENT_TOKEN_TO_BE_REPLACED

END_OF_DOCUMENT_TOKEN_TO_BE_REPLACED

Enter to win tickets to Rhye at The Paradise on February 28th. END_OF_DOCUMENT_TOKEN_TO_BE_REPLACED

END_OF_DOCUMENT_TOKEN_TO_BE_REPLACED

Enter to win a pair of tickets to attend The Hess Collection Seminar and Dinner as part of Boston Wine Festival 2018 at the Boston Harbor Hotel on Wednesday, March 14th. END_OF_DOCUMENT_TOKEN_TO_BE_REPLACED

Her new album has been pushed back, but we have Kimbra’s new single for you. END_OF_DOCUMENT_TOKEN_TO_BE_REPLACED

The folk duo returns with a new record this week. END_OF_DOCUMENT_TOKEN_TO_BE_REPLACED

Now that we’re done looking back at 2017, let’s look ahead at 2018. END_OF_DOCUMENT_TOKEN_TO_BE_REPLACED