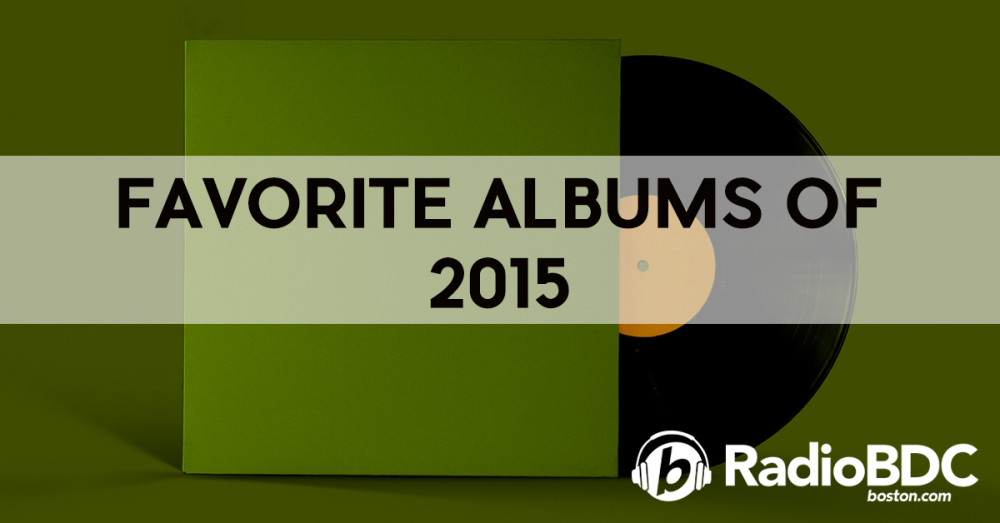 These are the twelve albums I listened to most this year. They are my favorites. They are the best. Check out Julie Kramer’s faves here, and Perry Eaton’s here.

I was fully prepared to earmark this slot for The Wombats or The Vaccines or Surfer Blood or Low. But the truth is, I just loved Lou’s moody solo release more.

11. Czarface ‘Every Hero Needs A Villain‘

7L and Esoteric teamed up with Inspectah Deck again and made one of the greatest hip-hop albums of the year. And the artwork is a friggin’ comic book. Win all around.

Rock made a comeback in 2015, at least from where I’m sitting. And Title Fight were responsible for one of the leanest, meanest rock albums of the year.

Remember what I just said about rock in 2015? Superheaven took every good 90s rock sound–grunge, alternative, college–and distilled it down into a magnificent modern-day album.

Similar to Superheaven, Krill sound like something straight from 90s college radio. But dammit, if they don’t have a vibe all their own. 2015 saw their curtain call, but they left us with maybe the best rock album to come out of Boston all year.

Concept albums are rarely this well-executed. The UK duo soundtracked 15 years of American and Soviet space progress, and “Go!” became a mainstay on the Free-For-All.

Himanshu Kumar Suri did so much with Das Racist, and is doing so much more as a solo artist. Powerful, sometimes unsettling, always entertaining, ‘Eat, Pray, Thug’ is an essential 2015 release.

They’d better win a damn Grammy for this album. It’s rock-solid, from front to back. And they set the live bar for the year with their performance on SNL back in February.

4. Failure ‘The Heart Is A Monster‘

Yes, I’m a fanboy. Which accounts in part for how high I’ve ranked this album. But listen to it (preferably after listening to their 1996 classic ‘Fantastic Planet’) and you’ll understand why.

Why Top 40 radio isn’t embracing this band is beyond my comprehension. They’re smart, they work hard, and they write huge hooks. I guess we’ll just keep them for ourselves for awhile longer.

The best written, best performed produced album of 2015. Thanks for listening.

Enter to win tickets to see Trio Da Kali at The Villa Victoria Center of the Arts (Newton, MA) on April 10th. END_OF_DOCUMENT_TOKEN_TO_BE_REPLACED

END_OF_DOCUMENT_TOKEN_TO_BE_REPLACED

Enter to win tickets to Rhye at The Paradise on February 28th. END_OF_DOCUMENT_TOKEN_TO_BE_REPLACED

Click here to see where we’ll be the rest of the season! END_OF_DOCUMENT_TOKEN_TO_BE_REPLACED

END_OF_DOCUMENT_TOKEN_TO_BE_REPLACED

Enter to win a pair of tickets to attend The Hess Collection Seminar and Dinner as part of Boston Wine Festival 2018 at the Boston Harbor Hotel on Wednesday, March 14th. END_OF_DOCUMENT_TOKEN_TO_BE_REPLACED

The Black and Gold continue their run tonight at TD Garden. END_OF_DOCUMENT_TOKEN_TO_BE_REPLACED

Her new album has been pushed back, but we have Kimbra’s new single for you. END_OF_DOCUMENT_TOKEN_TO_BE_REPLACED