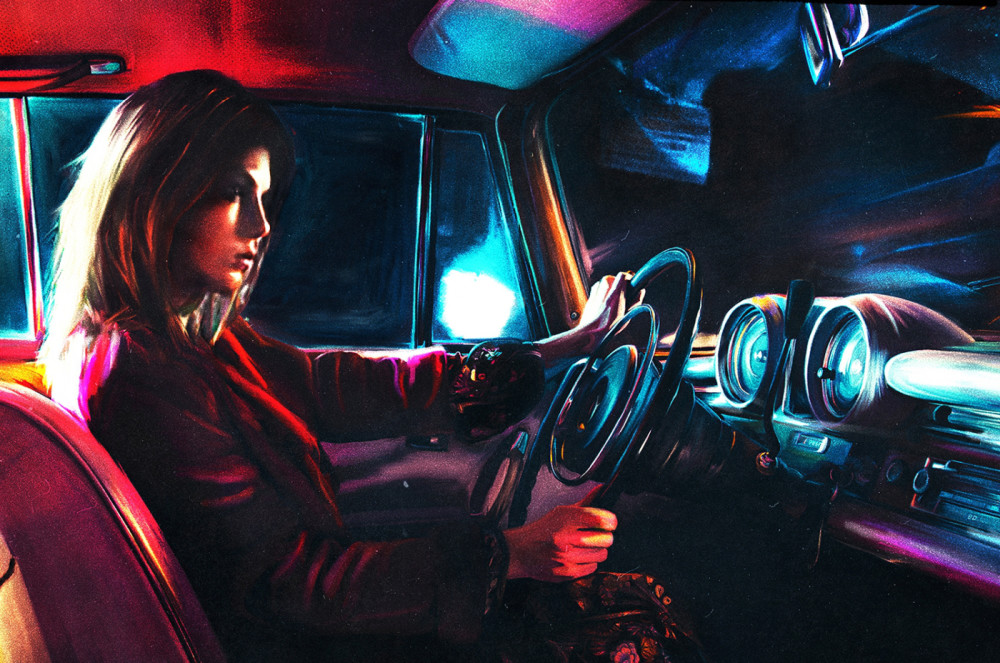 2016: the year that fake news, an election from hell, and a steady parade of celebrity deaths finally killed our collective attention span. These following twelve albums might not fit the “best of” mold, but they’re certainly worthy of your undivided attention.

The angst James Alex captures here mirrors what many of us felt this year. May this album help us all get back in touch with our inner, sneering teenager and channel some of that raucous energy into something good in the coming year.

2. A Tribe Called Quest ‘We got it from Here…Thank You 4 Your service‘

ATCQ holds a mirror up to America, showing what it means to be a person of color today in an impactful and authentic way. And the story behind it is as real as the album itself.

The California quintet can simply do no wrong. Three records in, their songwriting and harmonies are fast approaching Brian Wilson/Beach Boys territory.

You hear “British folk rock from London” and immediately think “Mumford & Sons,” right? Don’t. These guys are more Bruce Hornsby, and I mean that in the best possible way. Synth-driven folk pulsing through an album rock vein.

If you listened to the Bon Iver album released this year and thought: “Man, I wish this Bon Iver album sounded more like the first two Bon Iver albums,” then this is for you. RY X takes Justin Vernon’s foundation and builds a most beautiful, haunted mansion.

6. DJ Shadow ‘The Mountain Will Fall‘

Fitting that in the same year Josh Davis marks the 20-year anniversary of his debut masterpiece ‘Endtroducing…..’ he would release an album on par with that excellence and energy.

First few listens earlier this year: “Yeah, this is good. Standard Wye Oak fare.” Revisiting while making this list: “Wow, this was the seventh best record to come out last year.”

Sam Beam always seems to turn in his best work when he has someone to play off of, and that’s what’s happening here: good songs become great as Sam and Jesca dance around them.

Twenty-five years on, these SoCal punks released an album that was better than the albums released by two of their more popular contemporaries this year (looking at you, NOFX and Descendents).

Jackson Phillips has mastered the art of bedroom pop, crafting songs that straddle both genres and decades. This “album” combines two of his best EPs to date.

If you have anyone in your social/musical circles that says things like “There are no more good rock bands/records, etc.” just give them a copy of this and watch them shut the hell up.

Enter to win tickets to see Trio Da Kali at The Villa Victoria Center of the Arts (Newton, MA) on April 10th. END_OF_DOCUMENT_TOKEN_TO_BE_REPLACED

END_OF_DOCUMENT_TOKEN_TO_BE_REPLACED

Enter to win tickets to Rhye at The Paradise on February 28th. END_OF_DOCUMENT_TOKEN_TO_BE_REPLACED

Click here to see where we’ll be the rest of the season! END_OF_DOCUMENT_TOKEN_TO_BE_REPLACED

END_OF_DOCUMENT_TOKEN_TO_BE_REPLACED

Enter to win a pair of tickets to attend The Hess Collection Seminar and Dinner as part of Boston Wine Festival 2018 at the Boston Harbor Hotel on Wednesday, March 14th. END_OF_DOCUMENT_TOKEN_TO_BE_REPLACED

The Black and Gold continue their run tonight at TD Garden. END_OF_DOCUMENT_TOKEN_TO_BE_REPLACED

Her new album has been pushed back, but we have Kimbra’s new single for you. END_OF_DOCUMENT_TOKEN_TO_BE_REPLACED