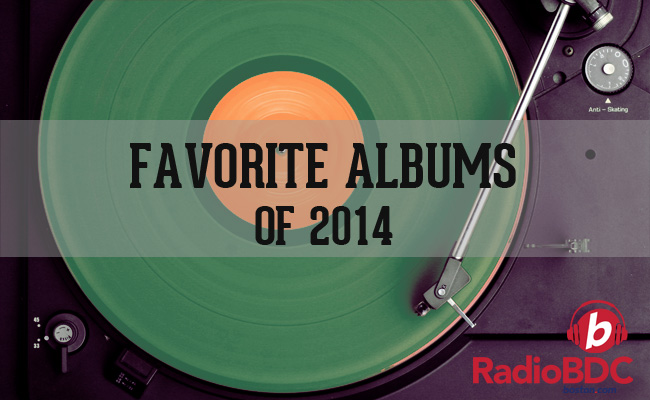 These are the albums I listened to most in 2014. Therefore, they are the best. You can see Steph Mangan’s favorite albums of 2014 here, and Julie Kramer’s here.

While it’s not the band’s best effort to date (that honor goes to 2003’s ‘Thickfreakness’), it’s certainly one of the better rock albums to be released this year.
In tweaking their core sound a bit, the Maryland duo ended up releasing one of their tightest albums yet.
All of the emotion of Beck’s seminal ‘Sea Change,’ but with a little less weight.
The band should’ve received twice as much press for this album as they did for their “feud” with Mark Kozalek
A shakeup to their lineup led to one of their most rock-solid, front-to-back releases to date.
Losing three-fifths of their band didn’t stop Ben Walsh and Brianna Collins. They regrouped as a two-piece, recruited some friends to tour, and continued making amazing music.
The Scottish indie legends continue their streak of top-notch albums that immerse you in sound and never disappoint.
The Austin, TX indie legends continue their stream of top-notch albums that hammer you with sound and never disappoint.
It’s all good, but “Every Other Freckle,” “Hunger Of The Pine,” and “Warm Foothills” are the stand-out tracks.
This essential emo band released their first full-length album in 15 years–spending over a decade of that time broken up–and made it sound like they weren’t away for a day.
Thoughtful, melodic, sweeping, moving…I could list a dozen more adjectives and still not capture the sonic scope of Elbow’s work here.
It’s not often we agree here at RadioBDC, but this year we all had this album on our top lists in some way, shape or form. I say it’s #1.