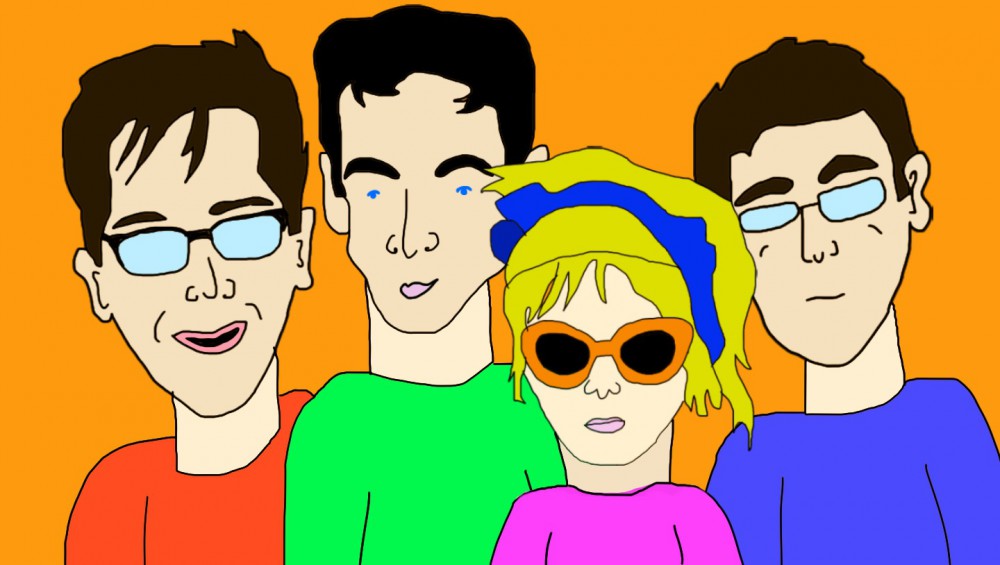 B.J. and Keough Novak have an interesting sibling dynamic in that they are not siblings and have never actually met.

The Internet is a place where people can find their community, even if that community is a fake family. Such is the case for Boston-bred comedian and writer B.J. Novak, who has been interacting with a mysterious fake Twitter sister. The questionable family member goes under the Twitter handle of @KeoNovak and uses a photograph of Kendall Jenner as the profile picture. Why? Because, as one rapper of questionable talent once put it, the Internet.

Created by Newton-born and Harvard-educated Novak and his brothers Jesse and Lev, the entirely fictional 16-year-old Keough’s presence on Twitter exists partially to bond the brothers, partially to puzzle fans and entirely to channel that unique, bizarre Novak lens. Even though Keough rolls nearly 3000 tweets deep and has been on the Twitter scene since 2012, her nonexistence has been a hot topic as more and more celebrities have interacted with the quippy series of ones and zeros she is.

Sometimes, Keough appears to be nothing more that the tweets that are too dumb for the Novak brothers to endorse with their own accounts.

At other times, she gives us pseudo-peeks into the lives of the Novaks, particularly her obsession with the man who would be Ryan Howard.

At her best, she’s funny enough to be believed as the vaguely Kardashian-looking joke machine that she’s marketed to be – at nearly 30,000 followers, she’s proven to be a decent marketing bot in pushing B.J. Novak’s new book The Book With No Pictures, which he’s currently promoting on a worldwide book tour.

Keough has even interviewed her would-be brother for HelloGiggles.

Keough: You are widely regarded as a world-class bozo. Does it hurt your feelings that so many people think you are a bozo? Or are you happy to be understood for who you really are?

B.J.: Let me just say that I’m proud that you have learned how to focus on the existential questions.

Impressively enough, Keough’s Internet game grows stronger by the day after over two-and-a-half years in the cybersphere, unlike other inside jokes and parody accounts that tend to fade into oblivion as soon as interest declines. At the end of the day, that’s who Keough Novak is – a slightly disturbing exercise that has brought three brothers closer together and brings joy to the Twitter masses.

Enter to win a pair of tickets to attend The Hess Collection Seminar and Dinner as part of Boston Wine Festival 2018 at the Boston Harbor Hotel on Wednesday, March 14th. END_OF_DOCUMENT_TOKEN_TO_BE_REPLACED

Comedian Myq Kaplan is a comedian named Myq Kaplan. He joined me in studio this afternoon, and he’s at Laugh Boston this weekend. Click here for tickets. END_OF_DOCUMENT_TOKEN_TO_BE_REPLACED

My goodness, I love Sue Costello. It was great having her back in studio today to talk about her one-woman show, #IAmSueCostello, playing tonight at the Revere Hotel. Click here for tickets. END_OF_DOCUMENT_TOKEN_TO_BE_REPLACED

Trump Takes On…Boston! is running now through election night at Laugh Boston. David Carl was back in studio this afternoon to talk about bringing Donald Trump to the stage, the cathartic element (for both him and the audience) and how audiences have been reacting so far. END_OF_DOCUMENT_TOKEN_TO_BE_REPLACED

Trump Takes On…Boston! has arrived at Laugh Boston. I had comedian David Carl, who is portraying Trump, in studio this morning to talk about the show. END_OF_DOCUMENT_TOKEN_TO_BE_REPLACED

Lachlan Patterson made me laugh this morning. Let him make you laugh this weekend at Laugh Boston. Click here for tickets, and click “more” to hear our conversation. END_OF_DOCUMENT_TOKEN_TO_BE_REPLACED

It was great to have Alonzo Bodden back in the RadioBDC studio this morning. Don’t miss him at Laugh Boston this weekend! Click here for tickets and info, then click through to hear my interview. END_OF_DOCUMENT_TOKEN_TO_BE_REPLACED

You know him from Bar Rescue, so see him at Laugh Boston this weekend. Comedian Owen Benjamin was in studio this morning with his dog Ben. Catch him Friday night at 7:30 or Saturday night at 7:30 and 10. Click here for tickets, then click through for our chat. END_OF_DOCUMENT_TOKEN_TO_BE_REPLACED