A man called her fat while she was out running. She wrote this brilliant open letter in response.

Lindsey Swift was out jogging with her boyfriend when a man driving by in a van yelled out mean comments about her weight. 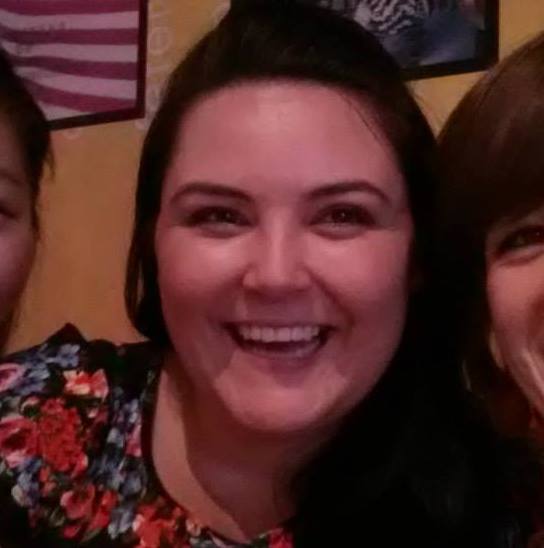 After initially brushing the insult off, the South Yorkshire, England resident penned an open letter on her Facebook page, taking pride in her body while cutting her tormentor down to size.

“Let me make one thing very clear,” she wrote, “I am not ashamed of my body. It has never stopped me from doing anything I want. My fat body has done things that you, hanging out of the window of your babe-magnet white van, could only ever dream of.”

“My fat legs have carried me up mountains on more than one occasion. My fat brain speaks languages you probably don’t see the point of learning, which is why you spend your time hanging out of van windows since you have nothing better to occupy it with.” 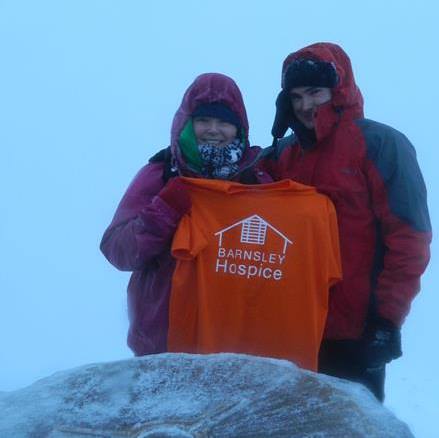 Swift says the positive responses to her post, which has been shared over 19,000 times, have been amazing. 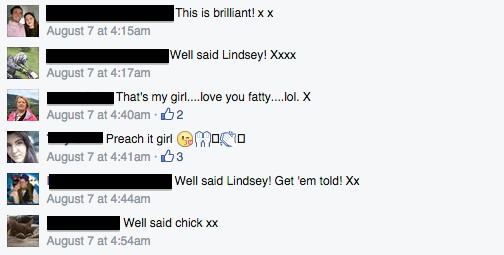 “I’ve had messages from people all over the world saying that they have experienced similar things and will think twice before getting upset in future, which is amazing,” she told BuzzFeed News. “If my post makes just one person ignore the negative comments and carry on what they are doing without shame, then I’m happy.” 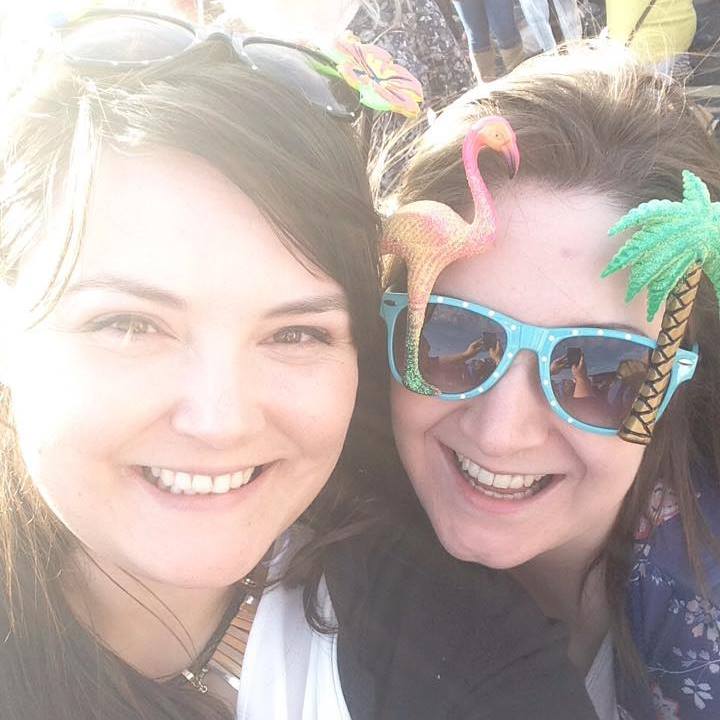 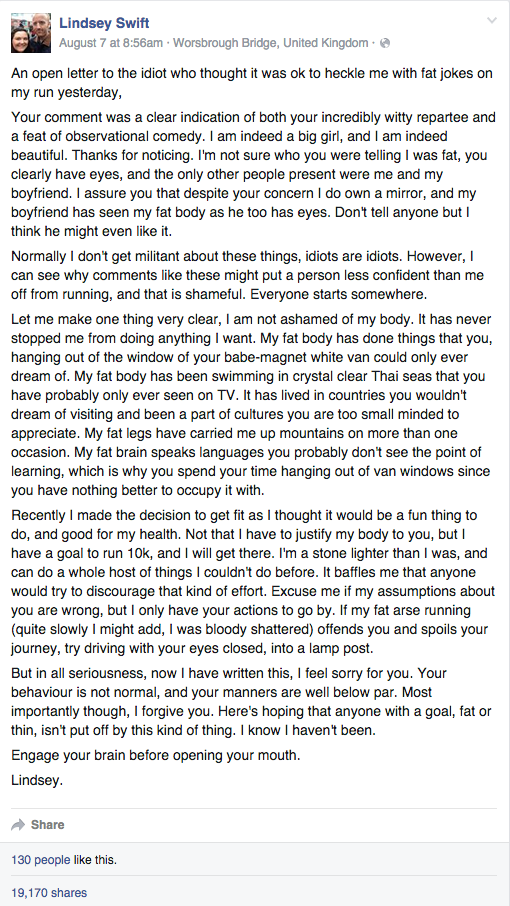