A Rundown of the Best Beefs in 50 Cent History 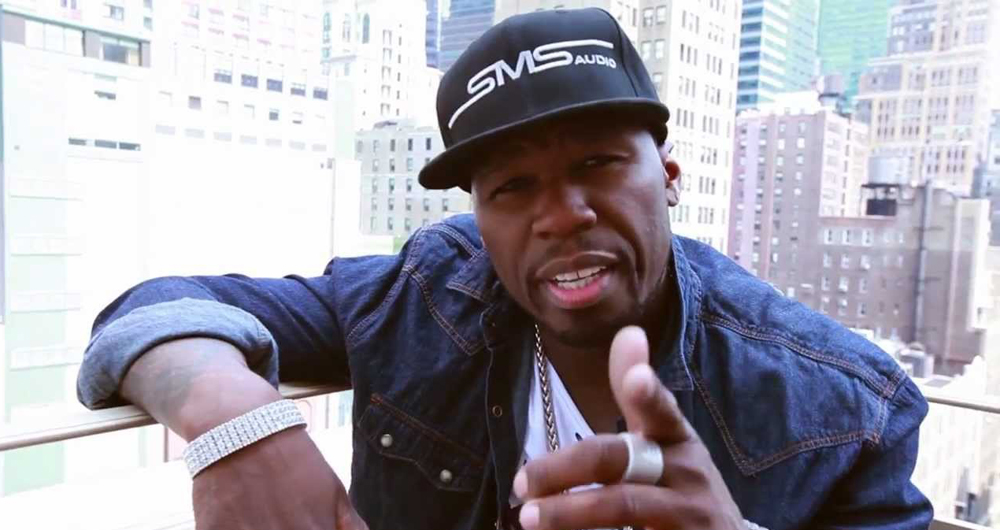 You can’t call yourself a true hip-hop fan if you can’t embrace rivalries that come inherently embedded in the genre. And quite frankly, I love a good beef. Yes, the reasons why rappers are currently bickering with each other are for reasons lost on the listeners. Tyga’s running around calling Drake phony, Snoop disrespected Iggy Azalea for no apparent reason, and Migos insist that they run these streets better than Chief Keef (although no one really knows what the hell that means).

But luckily for those who love to see rappers go at it, 50 Cent has perfected the art of provocation. Nothing has ever reached Biggie/Tupac proportions, but that doesn’t negate the sheer entertainment value each feud has provided. Before 50 hits the House of Blues this Sunday, November 23, here a few of his most memorable ones.

Before you start to mumble under your breath: “But ain’t no one checking for Ja Rule in 2014,” please know that I fully agree with you. I’m still mad at the dude’s bootleg attempt at an “On The Run” tour with the lovely but irrelevant Ashanti earlier this year. It resulted in more bouts of laughter than rumors of a comeback– but I digress. Like 15 years ago, Ja allegedly rolled up on 50 in a club in Atlanta and told him he was whack—prompting 50 to punch him dead in his face (I couldn’t make this stuff up if I tried, folks). It was reported months later that 50 was stabbed by a member of Ja Rule’s infamous Murder Inc. (but for a guy who prides himself on being shot several times, a stab wound is basically dirt off his shoulder). Ja never confirmed or denied his involvement in the altercation, but he has gone on record and said the beef has been officially squashed (because he “won”). I doubt anyone ever really cared.
This feud ignited in 2009, and the fuel was something as petty as 50 reportedly ice grilling him at BET Awards. Naturally, Ross went to the studio and made a song called “Mafia Music” to take shots at 50; 50 clapped back with a song of his own called “Officer Ricky.” But lyrically clowning Ross’ days as a parole officer was not the most shocking part of this beef. That came when 50 interviewed Rozay’s baby mama and uploaded the video to his site—a video in which she basically stated that Ross was a fraudulent deadbeat. Two years ago, things briefly got physical when members of G-Unit attacked Gunplay, a member of Ross’s Maybach Music Group. Gunplay’s chain got snatched and was seen in one of 50’s music videos soon after. The two really haven’t been closely linked since (unless you count that time in March when 50 provided commentary for a couple of celebrity photos), but Ross has been putting in time at the gym in case of any possible run-ins.
Back in 2012, 50 claimed that he lent the Money Team juggernaut $2 million dollars for Mayweather Promotions. While Mayweather ignored these claims, the bad blood between these two has been floating around for a while, as the boxer remarked earlier this year that 50 really isn’t important anymore. 50 took the high road and publicly questioned Mayweather’s literacy. He proclaimed that if Mayweather could read a page out of a Harry Potter book without stuttering, he would donate $750,000 to ALS (ice buckets be damned) or any charity of the boxer’s choosing. Mayweather shot back the only way he knows how: with money. He tweeted pictures of his paychecks that were worth millions in response to 50’s challenge. Well, OK then. Things have simmered between the former friends—at least for now.
How do you go around toting women like Vivica Fox and Ciara by your side, then get involved with Chelsea Handler? They dated a few years back, and when it ended (just months later) Handler couldn’t wait to go in on the short-lived relationship via Howard Stern’s Sirius XM radio show. Apparently she has a thing for black guys, 50’s sex was bland, and Ciara was the reason they split up. This didn’t deter 50, however, from surprising Handler on the series finale of her show “Chelsea Lately” in August. According to 50, the two are still friends and 50 even went soft when he decided to open up about his love life. In case you were on the fence about vomiting over this entire paragraph, maybe this will change your mind.