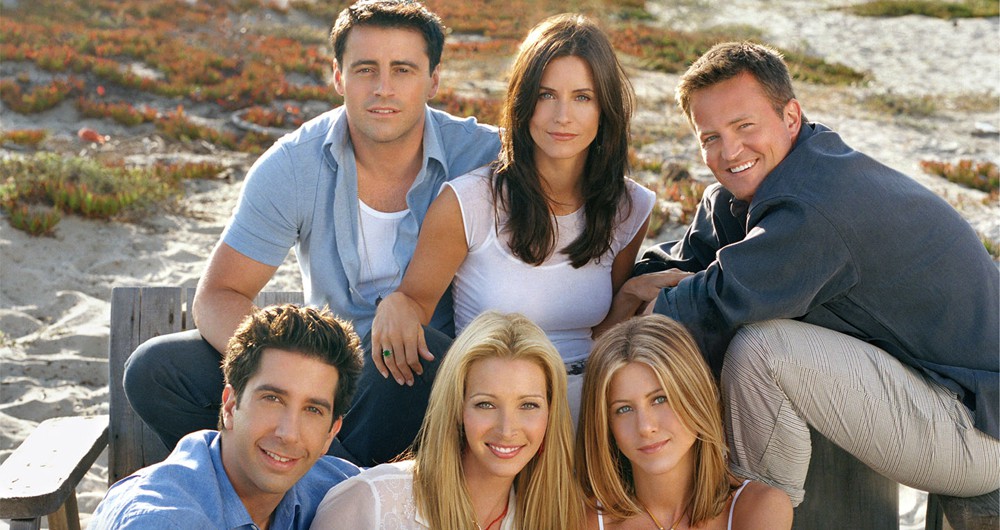 “Friends” is one of Netflix’s most anticipated additions for 2015. Reasonably so, as it’s both an iconic ’90s staple, and extremely lethal for binge watching. As indicated by its title, the show earned its reputation as a top sitcom because of its main characters. Each one of the weird and wonderful Friends has his or her own quirks that develop over the course of the show’s ten seasons. Appropriately, we made a starter’s guide of sorts, ranking every main character’s top 5 episodes, so that new viewers can connect on a more personal level, and classic fans can rediscover the magic.

Ross has an explosive reaction to a co-worker eating his lunch (AKA “the only good thing going on in his life.”)

To show his son that Hanukkah can be just as cool as Christmas, Ross creates a new Jewish holiday mascot by wearing an unconventional costume.

Ross’s New Year’s Resolution to “try something new every day” goes awry when a pair of new leather pants betray him during a date.

Due to miscommunication with the employees at a tanning salon, Ross quadruples his desire to be a “2” on the tan scale, with all of the damage done to his front side.

After ignoring directions from a DIY teeth-whitening kit, Ross ends up with teeth that are painfully white.

When their unchoreographed moves fail to get them on a platform at the taping of “Dick Clark’s New Year’s Rockin’ Eve,” Ross and Monica rely on their middle school dance routine to impress the show’s producers.

Monica taps into her inner army general in order to fend off the other bargain shoppers at a wedding dress outlet.

Monica spends an absurd amount of money on a pair of designer boots she thought were the deal of the century, only to realize they are the most painful shoes on the planet and she can’t return them.

The mystery of “what happened to Monica at the beach” is revealed in a dramatic and disgusting manner when the gang returns to New York after their weekend getaway.

Monica doesn’t realize that the applause for her karaoke cover of “Delta Dawn” is actually for her fully visible chest.

Phoebe puts her seduction skills to the test when she, Rachel, and Joey decide to mess with Chandler and Monica as punishment for hiding their relationship.

Phoebe’s running style is “a cross between Kermit the Frog and the Million Dollar Man.” Rachel is embarrassed, but afraid to tell Phoebe because she doesn’t want to crush her loveable, childlike spirit.

A common cold transforms Phoebe’s regular singing voice into a sultry, slightly flemmy new act that she is quite proud of.

Monica doesn’t understand why the gang prefers to play with Phoebe’s wacky, offbeat dollhouse instead of traditional, colonial one.

Phoebe’s first day on the job as a toner saleswoman takes a turn when her first call is to a suicidal office manager and she takes on the responsibility of saving him.

Rachel’s new sphynx cat is considered “a minion of the anti-Christ” by the group, but only after the cat begins abusing her does she realize how evil it really is.

During an interview for her dream job at Ralph Lauren, Rachel misinterprets the boss’s motion to open the door as an invitation to embrace. And it’s really awkward.

Dubbed the least valuable player on the team, Rachel has a lot to prove during the gang’s Thanksgiving football game.

When mature methods fail to get Rachel attention from her crush, Joshua, she employs her high school seduction secrets that “never missed.”

After a prank war with Ross on the plane, Rachel arrives in Vegas ready to raid the mini bar and thus ready to make some classic Vegas-style mistakes.

Chandler goes into freakout mode when his crazy new roommate, Eddie, refuses to vacate the apartment.

2. “The One Where Chandler Can’t Remember Which Sister” – Season 3: Episode 11

A heartbroken and drunken Chandler fools around with one of Joey’s seven identical sisters and he can’t remember which one. Plus he doesn’t know how to tell Joey that he isn’t interested in dating her.

Chandler’s affair with Rachel’s boss results in his being handcuffed to a desk in the office as a sexy prank, but Rachel refuses to interfere and free him for fear of losing her job.

After Monica shows Chandler how relaxing (and manly) a bubble bath can be, he becomes obsessed with baths, yet he cannot make them as soothing as she can.

Chandler is the black sheep at the Thanksgiving table when his friends find out that he doesn’t avoid dogs due to allergies, but he just doesn’t like them, “not even puppies.”

Joey and Ross grapple with the knowledge that they take the best naps while cuddling together.

Joey refuses to give up his feminine handbag because of the bag’s plethora of compartments as well as the confidence it brings him.

Joey realizes the respect people give him when they think he owns a fancy car, so he pretends to own the Porsche that parks on his street and even gets the wardrobe to match.

Joey and Chandler get distracted while babysitting and accidently leave Ross’s son on a public bus. Then they can’t remember what he looks like when they go to the police station to retrieve him.

Joey’s true colors shine when he chooses to save a meatball sub instead of either of his two best friends during a “dangerous” ride-along with Phoebe’s cop boyfriend.

Always a pleasure to have Boston.com’s Perry Eaton in studio for a chat. After we talked a bit about Pearl Jam at Fenway and Perry’s new podcast, he filled us in on Game of Thrones live and Narragansett’s new Bananagrams-themed brew. END_OF_DOCUMENT_TOKEN_TO_BE_REPLACED

No, not from afar, from the comfort of her couch. From the actual awards themselves. That’s where Meredith Goldstein was for the Oscars. She shared all the juicy, first-hand details with me. END_OF_DOCUMENT_TOKEN_TO_BE_REPLACED

It was wonderful having our good friend Meredith Goldstein back in studio this morning. She dug into the latest edition of Love Letters, which prompted us to play this song. And of course we had to discuss the Oscars. Make sure you’re following Meredith on Twitter, as she’ll be live-tweeting the awards this Sunday night. END_OF_DOCUMENT_TOKEN_TO_BE_REPLACED

Our first edition of TV Sets for 2016 might be better than every edition from 2015. END_OF_DOCUMENT_TOKEN_TO_BE_REPLACED