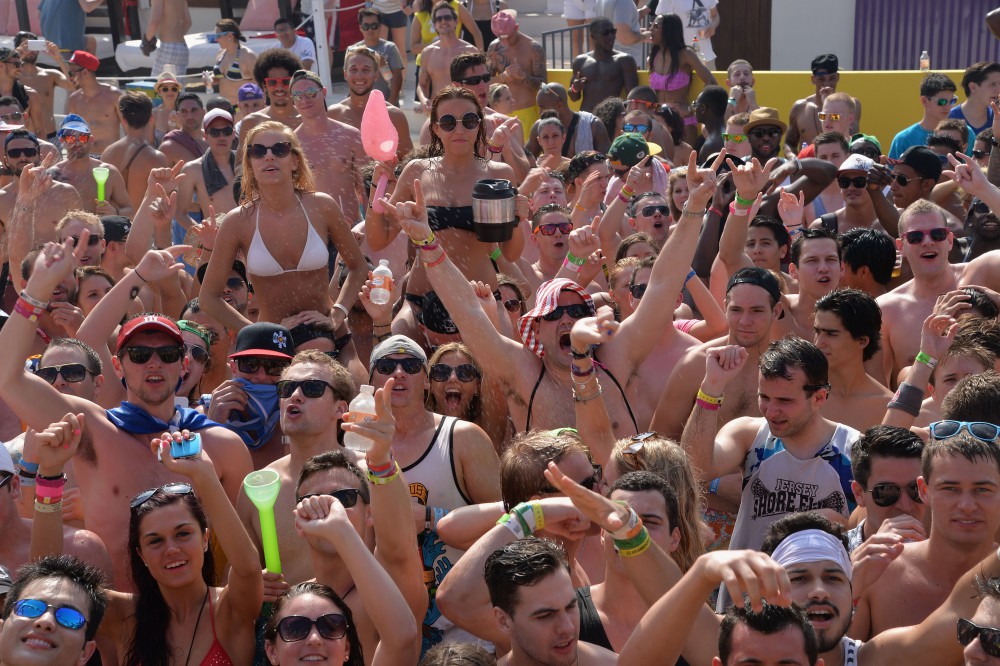 College kids across the country have wrapped up midterms and packed their bags for a week of essay-free bliss.

But not all Spring Breakers are alike. Here are a few to look out for.

The Over-Enthusiastic One
This kid had a calendar count-down to Spring Break. He or she boards the plane chanting “Do it for the Snap!” and shotguns a beer to wake up on the first day. This individual proceeds to get way too drunk the first night and spends the rest of the trip recovering.

Alternative Spring Breakers
ASB tends to be a mix of do-gooders who are so above getting wasteyfaced on a beach somewhere and kids who wanted to get off campus but couldn’t afford the flight to Panama City. This makes for an interesting crew that will inevitably bond over the fact that none of them have ever held a hammer before.

Cruise Kid
The trip probably initiated with an email along the lines of: “GUYS! I was just looking up SB options and found this cruise for only $800. I know that sounds expensive but it would be so fun and we wouldn’t have to plan anything…”

Mid-Life Crisis Man/Cougar Mom
These men and women hang out at dive bars with leathery skin and a penchant for guzzling Coors Light. After a few drinks (which start at noon) they’re bound to start chiming into private conversations, and thinking that there’s a realistic chance of getting with the twenty-year-olds down the bar.

Perpetual Drunkard
This is the person the over-enthusiast aspires to be. Drunk from morning to evening and morning again, the Drunkard either has an incredibly efficient liver or is simply too far down the path of destruction to be restrained. Their blood may or may not simply be spiced rum.

All-Inclusive Resorter
Either money is not an object, or they’ve done extreme budgeting and decided, “If we drink enough free mai-tais, it’ll be cheaper in the end!”

Ultimately, though, these resorts tend to be bougie and its watered-down cocktails will be abandoned for the $2 shots at the packed dive-bar down the beach.

The Lobster
The relative of the over-enthusiastic kid, but whose kryptonite is the sun, not alcohol. Usually of Irish descent, the plan of “just lying on the beach all day for a week” is foiled when, 20 minutes in, heat rash covers her body. Most photos of this individual will feature them with a peeling nose and, after finally making peace with reality, a large hat.

The Type A
The Type A hits the beach with a bag full of sunscreen, a map, a charged cell-phone, and a book that’s on the syllabus for next week. A little unsure of going to the sketchy looking bar (he or she saw Taken and never quite recovered), this person will definitely be in charge of holding Denise’s hair back later.

The Athlete
There’s always one who gets up early to run along the beach. Seriously, screw this kid.