You know it’s music festival season when you scroll through your Facebook or Twitter feed and fifty percent of the statuses are either announcements about some friend who is trying to get rid of an extra Coachella ticket for super cheap, or angry posts by people venting about their disappointment in Daft Punk’s absence from every single festival lineup this year (and every year prior to this, so just give it up already). Sure, SXSW has come and gone, but nothing marks the start of so many people’s favorite season of the year more than Coachella.

Starting this weekend, troupes of SUVs loaded with perfectly bronzed frat guys, and caravans of Rav-4s overpacked with barely legal girls in neon leggings, will venture to the desolate polo fields of Indio, California to try and navigate the three-day festival’s 150+ lineup of hip-hop greats, EDM heavy-hitters, and countless indie and alt-rock acts. With dozens of worthwhile music festivals taking place from now until the end of September, it’s easy to see some major overlap in the artists gracing each festival’s stages. The same is true about the people you’ll see at these music events.

Whether you’re standing in Chicago’s Grant Park or camping on a beautiful 700-acre farm in Tennessee, you’re sure to commingle with the same outlandish and startling festival goers that you would find at any other one of these weekend-long parties. From the industry asshole to the always-too-cool hipster, here’s a condensed list of the cliches you are sure to find mobbing the stages at any music festival this season.

Standing with their arms crossed, these ‘2 kool 4 school’ folks can usually be found sporting a Canadian tuxedo and a frown. Too ‘into it’ to smile and annoyed by the fact that so many lamestreamers have infested ‘their’ festival, hipsters continue to make the pilgrimage to summer music fests because music and telling your friends you were there are weapons in the constant war to seem cool. 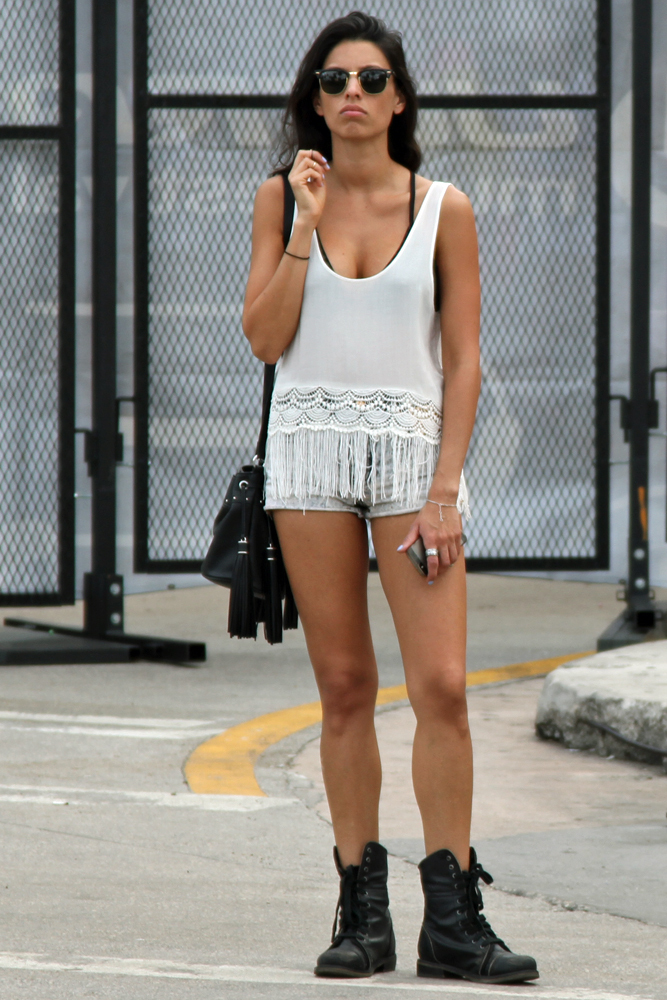 There’s something startling about a person who’s not embarrassed to willingly wear furry platform boots and suck on a pacifier while non-stop dancing all damn day. Day or night, these EDM fanatics (note: EDM hipsters may angrily encourage you not to call it EDM) don glowstick necklaces and headbands while trading ‘candy’ – homemade neon-beaded bracelets – to their newfound dancing partners. Chances are one of these sweaty ravers will feel very open to exploring his or her space, and as they flail about dancing, they will, in turn, feel the need to grab your arm and apologize repeatedly while casting their dilated pupils deep into your eyes. 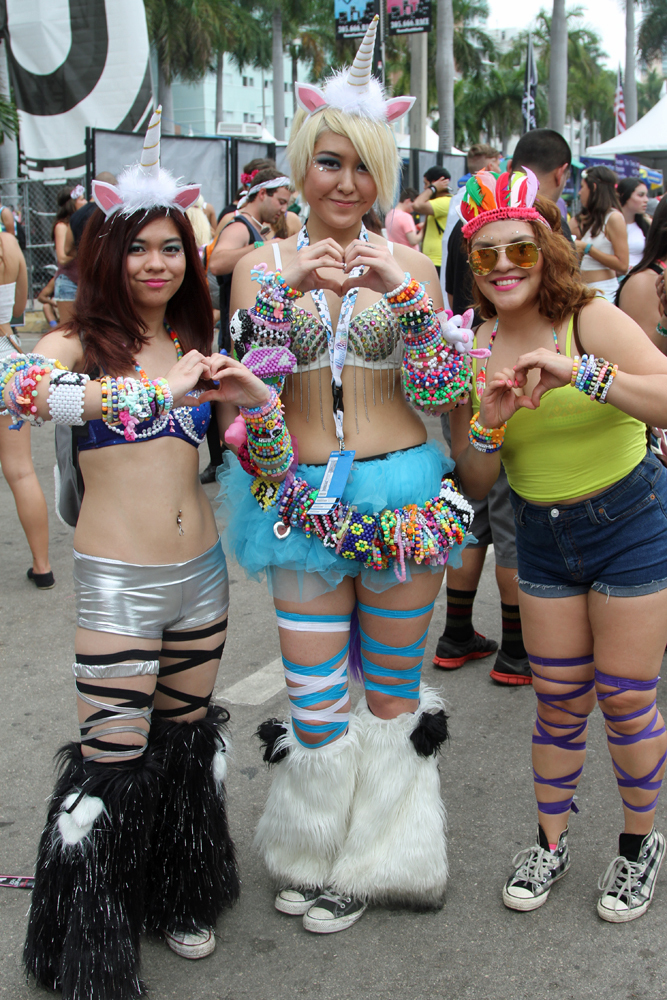 We’ve all seen these blanket and cooler-wielding families. They usually are the ones rolling over your heels with their new-age, tandem strollers or carrying a four-year-old with ear plugs to the frozen lemonade cart. Dad is wearing an old school Cake t-shirt and mom has the one-year-old nestled in some tribal-patterned baby sling. 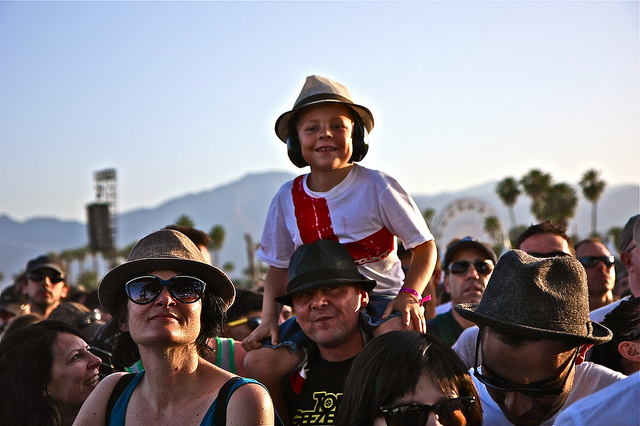 None of these guys actually know the band they are standing backstage listening to and usually take more enjoyment in riding in the golf cart from one stage to the next. You can spot these music duds stage left with a beer and some Oakleys on. They may not sell you a veggie burrito, but they’d be happy to pass along their business card. 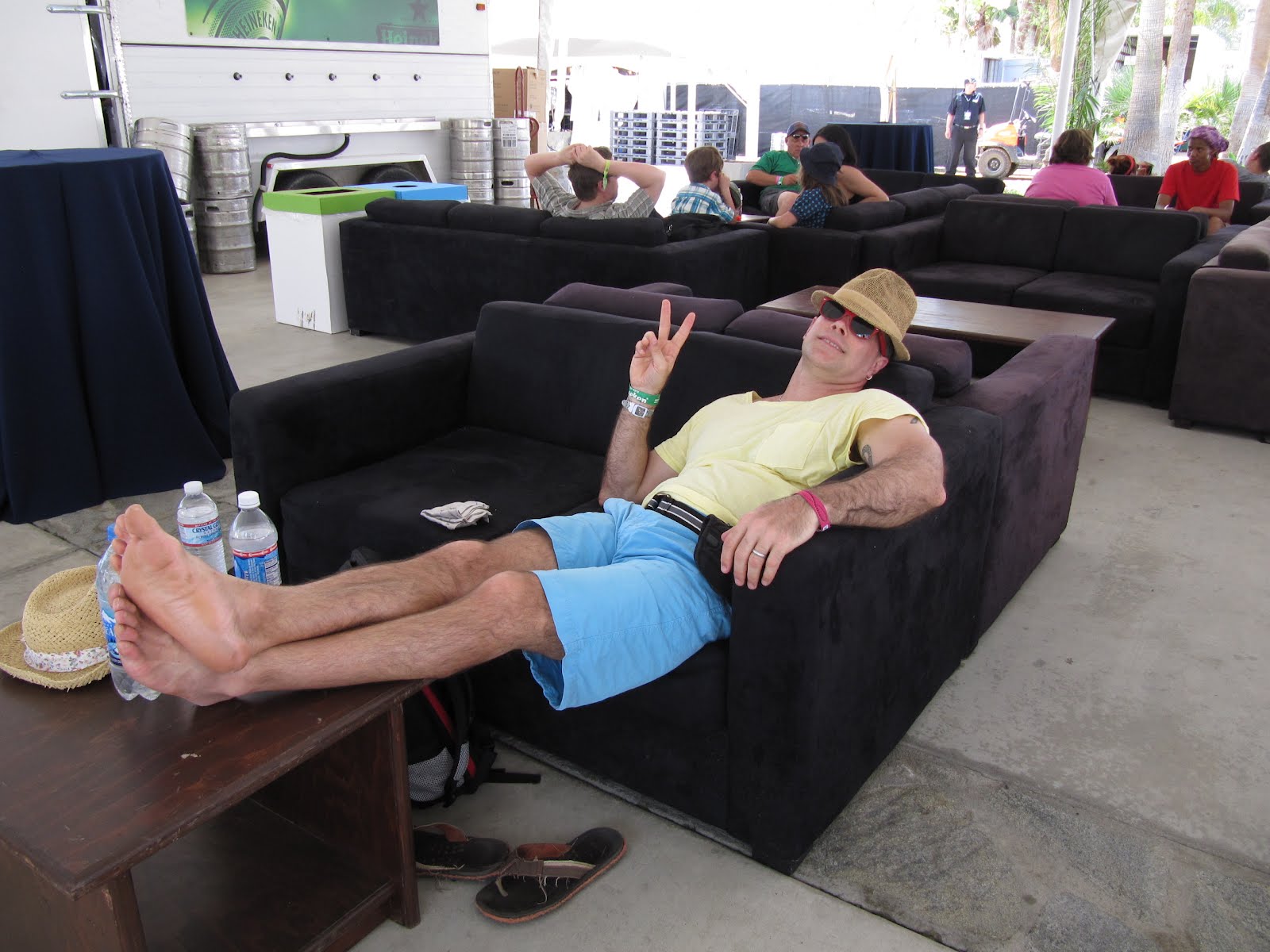 These underage damsels usually travel in groups with linked arms boasting a rainbow of Urban Outfitters high-waisted cut-off shorts and matching daisy-chain head crowns. Stay calm when their ten-person train almost plows you down as they eagerly try and make their way to the front of the stage to see a band that they heard was good but have never actually listened to before. 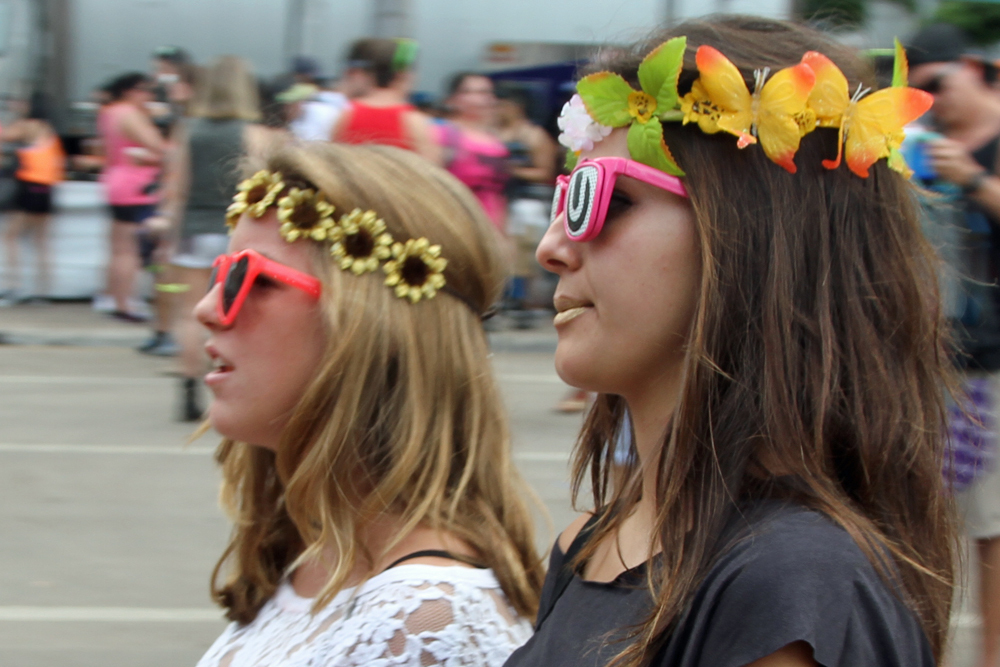 These overly-ripped techno lovers can be seen in the electronic music tent, usually with their ironic tank top clenched in the fist that they are pumping passionately to the beat of Skrillex’s buildups. As his neon-framed glasses continuously get knocked off by the ‘hot chick’ that’s sitting on his shoulders, he just keeps repeating, ‘I love this song, bro!’ 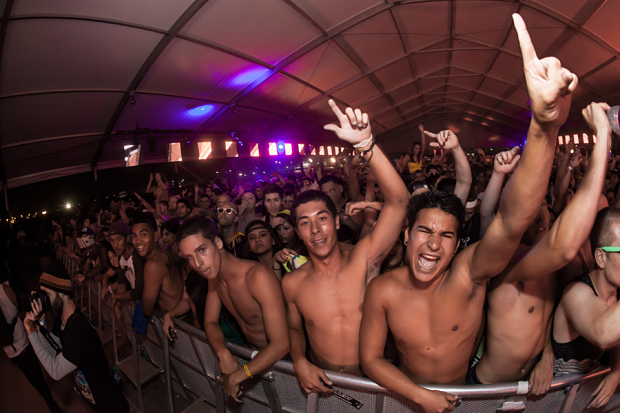 Because not wearing deodorant and not brushing your hair isn’t enough to be labeled a dirty hippy, these ‘free spirits’ scream “Peace & Love” while they rub each other down with (what we hope is) mud at the drum and bass stage. Their idea of being one with Mother Nature or something. 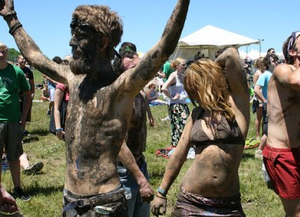