5 Reasons Why 2014 May Have Been The Year of Minaj 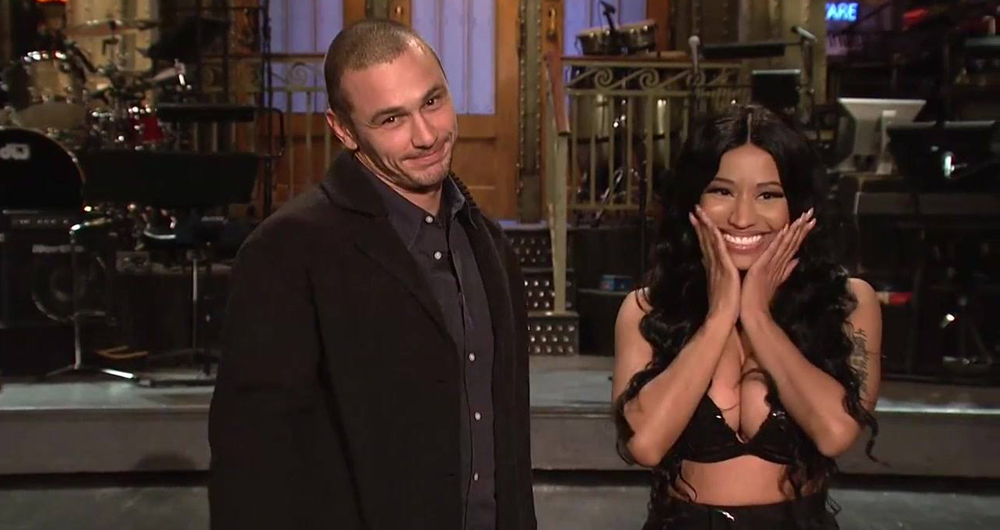 Unless you’ve been living under a rock for the last 12 months, you should know that 2014 undoubtedly belonged to Nicki Minaj. Today, Young Money’s First Lady releases her third album “The Pinkprint.” In honor of her indisputable reign, here’s a countdown of her most memorable moments of 2014.

5. Barbie Who? Nicki Goes Back to Basics…

When Minaj first caught our attention back in 2009, it wasn’t just her bars that became her signature. Her Barbie persona encompassed an array of wigs, colorful costumes, foreign accents, and discerning personalities. Maybe it was age or maybe it was a need to shake things up. But when Nicki emerged in early 2014 with a more toned down appearance, she attributed it to newfound confidence. As an MC, Minaj has also experimented with her sound just as much as she had with her looks. Her foray into her pop music was an interesting venture. She has managed to get the Taylor Swift stamp of approval, tour with Britney Spears, and annoy the hell out of everyone with that “Starships” song. But her venom seemed more potent than ever on “Lookin Ass Ni**a,” the lead single (along with Drake’s “Trophies”) from the Young Money collaborative album “Rise of an Empire” released in March. I love the song because not only did it call out wack-ass dudes, it also stripped Minaj of her PG status.

How did Beyonce make the best song ever even better? She got Nicki on the track, of course. The track debuted on Yonce’s website in August and was epic for a slew of reasons. She uncharacteristically spoke on that infamous elevator incident and even got further in touch with her ratchet side. And once you get past Minaj talking her usual shit on the track, she finally seems comfortable embracing another female in the music industry. The funniest side note of “Flawless” is the “response” it garnered from Lil’ Kim– because how you respond to someone if they aren’t even talking to you? Anyway, it looks like the remix was just the beginning of the Queen Bey and Nicki relationship. Beyonce makes a cameo on The Pinkprint’s “Feeling Myself” and did I mention that the two have already performed together?

The lack of diversity SNL has always faced is no secret, so when Nicki decided to stop by and play a few songs from The Pinkprint, viewers eagerly anticipated the performance. But no one could predict Minaj had a comedic side. Between her treacherous stint on American Idol where she went head to head with Mariah Carey, sneakily throwing shade at Iggy Azalea at this year’s BET Awards, and throwing tantrums when she can’t get her way, it appears that Nicki doesn’t have a funny bone in her body. But that’s simply not the case: she had no problem impersonating both Kim K and Queen Bey when they cameras started rolling. These skits, coupled with straightforward and intimate performances, opened Minaj up to a whole new audience.

This past summer proved to be a controversial one for Minaj. When she revealed the cover for the second single from “The Pinkprint,” “Anaconda,” all hell broke loose. Social media was engulfed in all types of commentary as well as parodies, but perhaps the most disconcerting reaction was when the founder of AllHipHop Chuck Creekmur penned an open letter scolding Minaj. He basically said that her brand relies too heavily on sexuality, she is exploiting her body to push record sales, and that the persona she continues to promote harms young girls. Needless to say, the double standard in hip hop is as prevalent as ever and was highlighted best by Ebony.com editor Jamilah Lemieux. The video for “Anaconda” was just as provocative, with Minaj being unapologetic for how and where she uses her body to raise eyebrows. All the talk of “Anaconda” worked in her favor, though–it’s currently her highest charting single (in the US).

1. “The Pinkprint” is Released

The Pinkprint is finally upon us! Minaj’s third studio album is her most promising yet, and some of the guests featured on it include not only the aforementioned Beyonce, but Drake, Meek Mil, Lil’ Wayne, and Ariana Grande. “The Pinkprint” is not only a heavily star-studded affair; it is a symbol of how far Minaj has managed to come. It wasn’t that long ago that Nicki was hustling mixtapes in New York before she got scooped up by Lil’ Wayne’s Young Money Entertainment in 2009. Not only has she released three albums, she was a judge on “American Idol,” launched her own perfume, been on several successful tours, has partnered with a few different fashion lines, and shows no signs of letting up. Let’s see what her Minajesty has in store for us next year.

Enter to win tickets to see Trio Da Kali at The Villa Victoria Center of the Arts (Newton, MA) on April 10th. END_OF_DOCUMENT_TOKEN_TO_BE_REPLACED

END_OF_DOCUMENT_TOKEN_TO_BE_REPLACED

Enter to win tickets to Rhye at The Paradise on February 28th. END_OF_DOCUMENT_TOKEN_TO_BE_REPLACED

Her new album has been pushed back, but we have Kimbra’s new single for you. END_OF_DOCUMENT_TOKEN_TO_BE_REPLACED

The folk duo returns with a new record this week. END_OF_DOCUMENT_TOKEN_TO_BE_REPLACED

Now that we’re done looking back at 2017, let’s look ahead at 2018. END_OF_DOCUMENT_TOKEN_TO_BE_REPLACED

Our first Song of the Week for 2018. END_OF_DOCUMENT_TOKEN_TO_BE_REPLACED

In a year when so many things were off, the music was right on. END_OF_DOCUMENT_TOKEN_TO_BE_REPLACED