5 local wineries to check out at Wine Riot this weekend

As any young wine connoisseur would agree, there really isn’t a better way to spend the weekend than in a giant room full of wines. The folks from Second Glass make these liquid dreams a reality with their bi-annual Wine Riot, which is coming to the Boston Park Plaza again this weekend. While perusing the selections this weekend for the perfect bottle, here are five local wineries that prove you might not have to look much further than your own backyard.

Wine Riot will be at the Park Plaza Castle here in Boston this weekend Friday, April 18-Saturday, April 19. Tickets can be purchased here.

Finally, for those who might not be the biggest fans of wine (in which case, what is wrong with you?) Second Glass has something for you at Wine Riot as well. Based in Lebanon, NH, Farnum Hill Orchards produced regular old grocery store quality apples at the Poverty Lane Orchards until 1980 when they decided to try something a little different. According to their site, Farnum Hill specializes in nasty-tasting apples of English, French and American origin, “just like orchards before Prohibiton, over half our acres grow weird-tasting cider apples for fermentation.” Farnum Hill Ciders offers a variety of their own established blends as well as their quirky Dooryard Cider for those feeling adventurous. Released in 2011, Farnum Hill’s Dooryard Cider encompasses batches of cider that stray too far from the flavor profiles of their previously established blends. Bottles and kegs with individual Dooryard batch numbers mark each custom blend and ingredients for each are provided on their webpage. 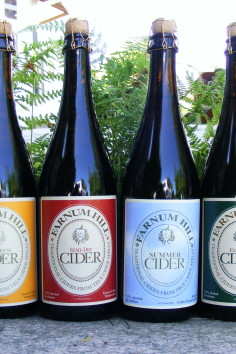 90+ Cellars is a brand that takes a cue from the masterminds over at TJ Maxx, designer brands at discount prices, or in this case “Saturday night taste. Tuesday night price.” Headquartered in Allston, Latitude Beverage Company, the company behind the 90+ Cellars brand, capitalizes on the idea of fine wine at an affordable price. Created in 2009 by President and Founder of Latitude Beverage Co. Kevin Mehra, 90+ Cellars brings more expensive wines to those of us who are a little more financially challenged. The brand purchases its inventory from highly rated wineries and allows them to remain anonymous in order to protect the integrity of their brand. Rather than discount their surplus inventory, wineries across the globe allow their excess product to be sold under the disguise of the 90+ label at prices that are affordable to the everyday wino. Genius? I think so. 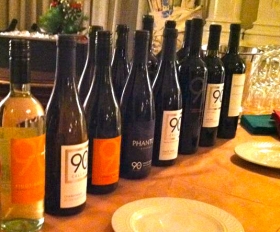 Other than being two local Massachusetts wineries, Travessia and Westport Rivers have one major thing in common: their grapes. Described by its owner Marco Montez as an urban micro-winery in downtown New Bedford, Travessia produces wines from locally grown grapes from Running Brook Vineyards in Dartmouth, MA as well as grapes from Westport Rivers. Montez began his journey with wine from a young age in his village in Portugal where he grew up around a culture of sharing and making wine with family and friends. Opened in December of 2008, Travessia promises wines that are “honest, distinctive and characteristic of our region,”according to their website. Montez’s main focus is producing Massachusetts labeled wines that are produced from grapes that are locally grown, never outsourced or blended with grapes from other regions, wines that are truly just Massachusetts. 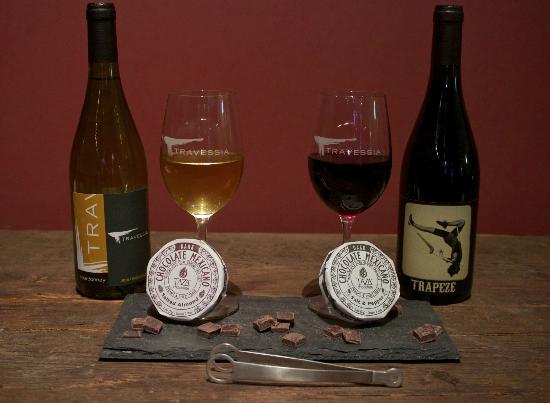 Founded in 1982 by the Russell family, Westport Rivers Winery established its roots in the traditions of family and raising local grapes. Located on the South Coast of Massachusetts in Westport, the 80 acre vineyard has grown to be the largest in New England. The family purchased the 140 acre “Long Acre Farm” in 1982 and has since then been dedicated to using their land for the purposes of localized agricultural production and education about the value of natural resources. As of 2012, the family permanently preserved 400 acres of working farmland and forest and are the founders of the Buzzard’s Bay Brewery as well. 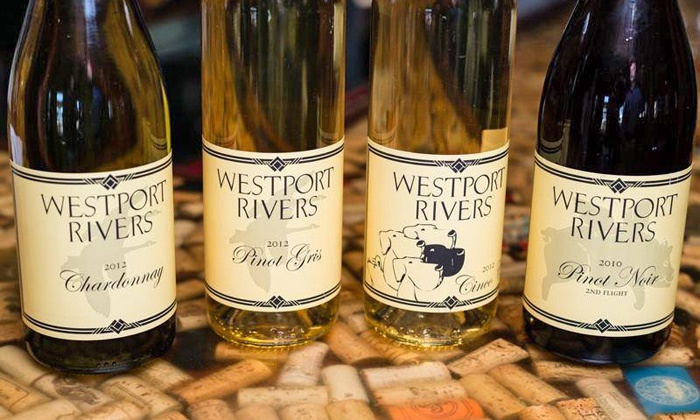 While formerly reserved for more, shall we say, fraternal environments, kegs have now made their way into the wine world thanks to the folks over at Richer Pour. The Boston-based company is slowly changing the way one thinks about wine with their distinctive packing method of wine on tap. Founder David Gordon is no stranger to the wine business, Gordon’s Fine Wine and Liquors has been serving New England for over 75 years. Richer Pour provides wine from outside producers as well as their own custom blends in their 100% recyclable kegs. The kegs are designed to be disposed of when empty and, according to their website, serve up the equivalent of two cases, 26.6 bottles or 120 glasses of wine. 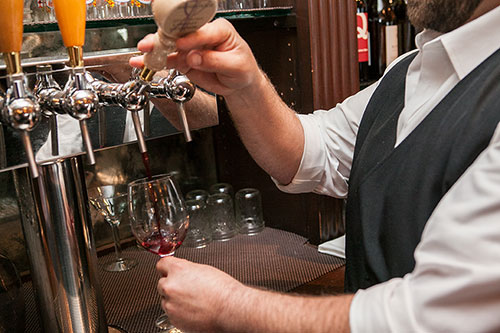