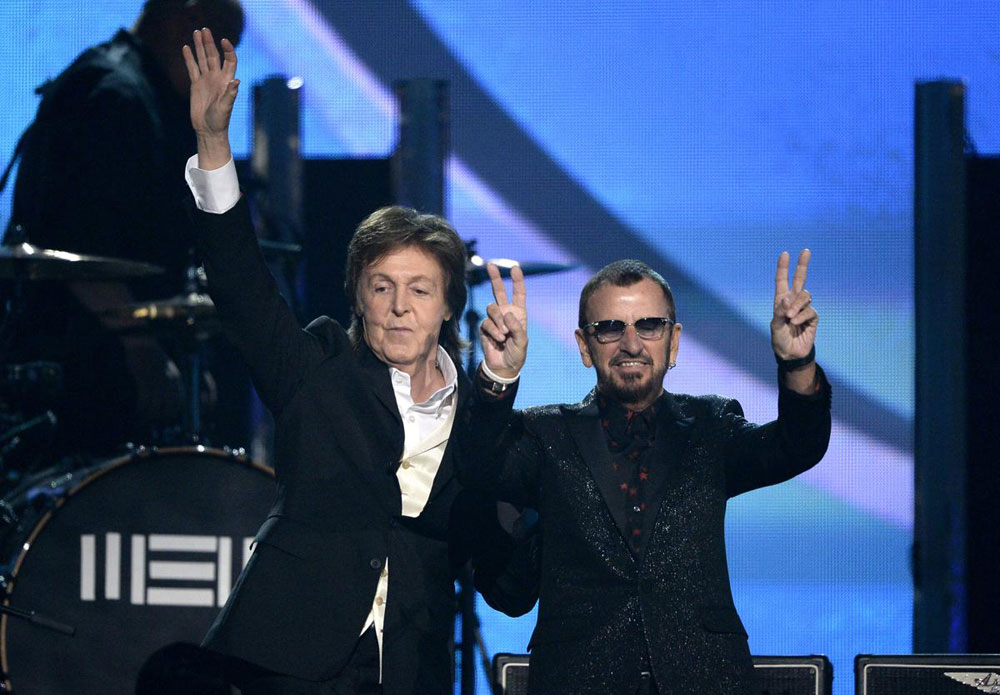 Look, last night’s Grammy Awards seemed like a good time. You had the only two living Beatles back onstage together, an all-star jam (including Stevie Wonder!) on Daft Punk’s megahit “Get Lucky,” and of course, Willie Nelson was there, keeping things mellow. So yes, those were the highlights and they all were led by folks old enough for AARP benefits. Obviously, this had a similar effect on the audience. Here’s some old people absolutely grooving.

Some people may still think Yoko broke up The Beatles but let’s bury the hatchet already. Clearly, she can get into Paul McCartney and Ringo Starr having a special moment together.
[Credit: E!]

Yes, it’s awesome that she’s so into this extremely danceable song. But the key here is her son Sean Lennon making some effort despite being his mother’s date (kidding, he had a +1, too). He spent much of the night doing the too-cool-for-school act, but this was a breakout moment. Later in the show, as Willie Nelson and friends performed “Mamas, Don’t Let Your Babies Grow Up to Be Cowboys,” the camera caught Sean actually letting loose goofball style…then, he noticed the camera and abruptly went back to the hipster sway. But give the guy a break. He was there with his mom. Which brings us to Steven Tyler…
[Credit: MTV]

This is, by far, the best GIF to emerge from the 2014 Grammy Awards. Perhaps the Aerosmith frontman was too tired of being compared to a little old lady so he grew out his fu manchu. But then he just welcomed all those comparisons again with this little number during “Get Lucky.” Get after it, Steven.
[Credit: Salon]