20 years ago, Green Day released ‘Dookie’ and changed my life 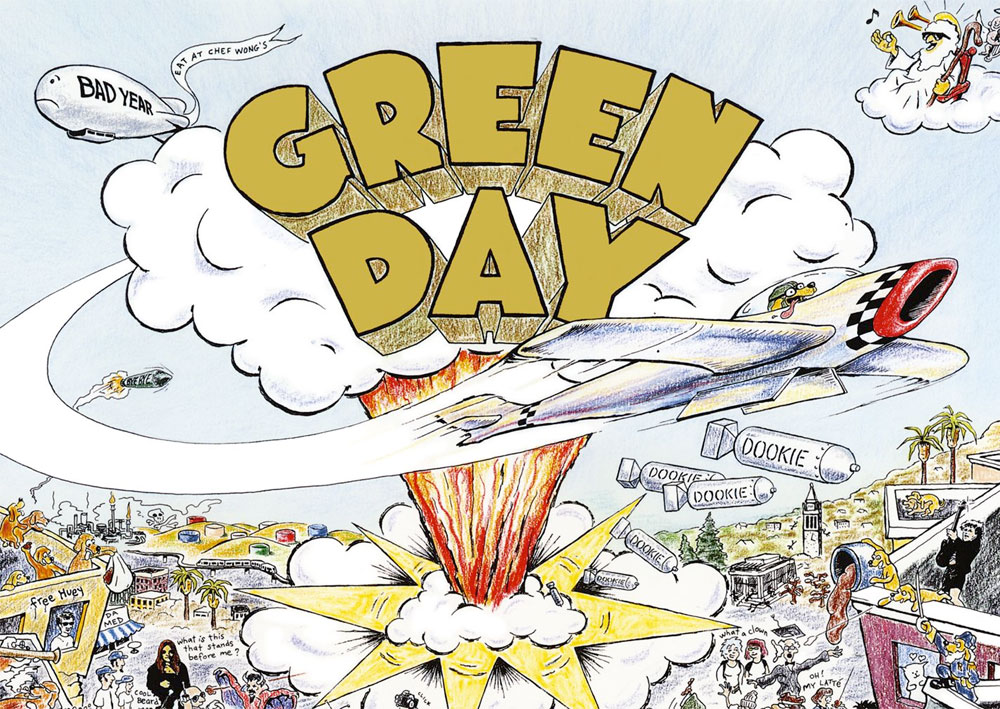 It’s hard to put moments that change your life into words. They are always completely random and unexpected. One day you’re one person, and then suddenly, without any warning, you’re someone else entirely. I had listened to a lot of music before Green Day, but “Dookie” was the first music I actually heard. It opened up an entire world to me and showed me things inside myself that prior to hearing it I didn’t realize were there. It changed me into the person I have spent the past 20 years being. Without it, I have no idea who I would have become, but I certainly would be a totally different human being than the one typing this article right now.

At 12, I was unattractive, shy, and felt like I didn’t have an identity of my own. I wanted to be something. I wanted to know who I was. I remember the moment so vividly. I was standing in the baseball card store. They had a TV in the store tuned to MTV and the “Longview” video came on. I remember looking up at the screen and becoming fixated by it. I loved everything about it, and for some unexplained reason it clicked a switch on inside me. I remember thinking, I could do this. These guys were unattractive and weird like me, but they were cool. I’ve dealt with a lot of nervous anxiety my entire life. The energy, speed, and short running time of this music connected perfectly with the way I was feeling inside. The frustration in the music mirrored my frustration with myself. When the video was over, I put down the baseball cards, left the store, and never came back. I knew what I wanted to do with the rest of my life.

I’m lucky enough to have the coolest parents in the world, and I told my mother how much I loved this band Green Day. I remember her coming home from shopping one day and surprising me by pulling the “Dookie” CD out of her bag. They don’t make parents any better than that. I was beyond excited and sat on my bedroom floor listening to it for hours. The first thing Billie Joe Armstrong sings on the album is, “I declare I don’t care no more.” What an incredible opening line to an album. I was hooked. That’s how I wanted to feel. I didn’t want to care anymore about being unattractive or shy or nervous or weird. This album helped me realize I didn’t have to. It introduced me to punk rock. I discovered endless amounts of bands from there. Black Flag, Screeching Weasel, The Replacements, The Descendents, Husker Du, the list goes on and on. Shortly after hearing “Dookie,” I learned how to play guitar and started a punk band of my own with some new friends.

“I found out what it takes to be a man,” sings Billie Joe on “Coming Clean.” Thanks in large part to this album, I had found out what it takes to be a man as well, as did millions of other people. Turned out, there were a lot of us misfits out there with no place to go, and this music tapped into that. The album was a phenomenon. Suddenly, my weird friends were becoming popular kids in school. Even the jocks and the pretty people wanted to be punks. Everyone was dyeing their hair, wearing Chuck Taylors, and listening to Green Day. On Sept. 9, 1994, they played a free show at the Hatch Shell on the Charles River in Boston. It was estimated that 70,000-100,000 people showed up, and the venue was not prepared for it. The show ended in a riot after only 20 minutes when the crowd broke through the barriers and stormed the stage. More than 100 people were injured, and over 30 arrests were made. It was like the punk rock Beatlemania.

The album had struck a chord with an entire generation of people. Listening to it now, it’s easy to see why. It’s an impeccable collection of pop punk songs. From the one-two punch of “Burnout” and “Having A Blast,” through “Basket Case,” “She,” “When I Come Around,” and “F.O.D.,” There isn’t a stinker in the bunch. It’s a perfect album that stands the test of time, and sounds just as fresh now as it did in 1994. These songs are about feeling bored, insecure, angry, ostracized, unsatisfied; these are universal human feelings. I believe you could play this album to a teenager, or perhaps someone of any age, at any time, past, present, or future, and it will strike the same chord within them. If it’s any proof, as of 2013, the album has sold over 20 million copies and is still the band’s best-selling album to date.

Before 1991, there had always been underground music and mainstream music and the two rarely crossed paths. But something strange happened in the early ’90s. The breakthrough of Nirvana’s “Nevermind” changed all the rules. Suddenly, underground bands of all kinds were becoming part of the mainstream and everybody loved them. They were signing major label deals, having radio and MTV hits, and selling millions of albums. I was recently speaking to a musician friend and he was talking about how he feels like people like us who came of age during that era were tricked. We thought that was just the way it was. You could start a band and if you were good enough and passionate enough and worked hard enough, you could be popular and make money doing it. Little did we know that it had never been that way before, and soon, with the changing of fads and the growth of the Internet, it would cease to work that way.

Something I think about a lot is what does an awkward, shy, 12-year-old kid listen to in 2014 that makes them feel less alone? There is nothing for them to relate to in mainstream music. That’s the sentiment Lorde expresses in her song “Royals,” one of the few pop hits I’ve heard recently with a true human element to it. This song again proves an important point that has been lost over the past 20 years: Pop music can have soul, heart, passion, and vulnerability. It can be smart and pop. The two things don’t have to be mutually exclusive. Pop music doesn’t have to be dumb.

There have been times throughout history where pop music has really meant something, the mid to late ’60s and the early ’90s being two examples. I yearn for that to happen again. It’s long overdue. I have seen a ton of great underground bands come up over the past year. Who knows what the future holds? Maybe one of them will one day make an album like “Dookie” and rule the world. As for the current pop music landscape, I suggest these great underground bands do to it as Billie Joe instructed in 1994, “Let’s nuke the bridge we torched 2,000 times before. This time we’ll blast it all to Hell.”

Enter to win tickets to see Trio Da Kali at The Villa Victoria Center of the Arts (Newton, MA) on April 10th. END_OF_DOCUMENT_TOKEN_TO_BE_REPLACED

END_OF_DOCUMENT_TOKEN_TO_BE_REPLACED

Enter to win tickets to Rhye at The Paradise on February 28th. END_OF_DOCUMENT_TOKEN_TO_BE_REPLACED

Her new album has been pushed back, but we have Kimbra’s new single for you. END_OF_DOCUMENT_TOKEN_TO_BE_REPLACED

The folk duo returns with a new record this week. END_OF_DOCUMENT_TOKEN_TO_BE_REPLACED

Now that we’re done looking back at 2017, let’s look ahead at 2018. END_OF_DOCUMENT_TOKEN_TO_BE_REPLACED

Our first Song of the Week for 2018. END_OF_DOCUMENT_TOKEN_TO_BE_REPLACED

In a year when so many things were off, the music was right on. END_OF_DOCUMENT_TOKEN_TO_BE_REPLACED