17 Reasons to Be Excited for 17 New ‘Arrested Development’ Episodes 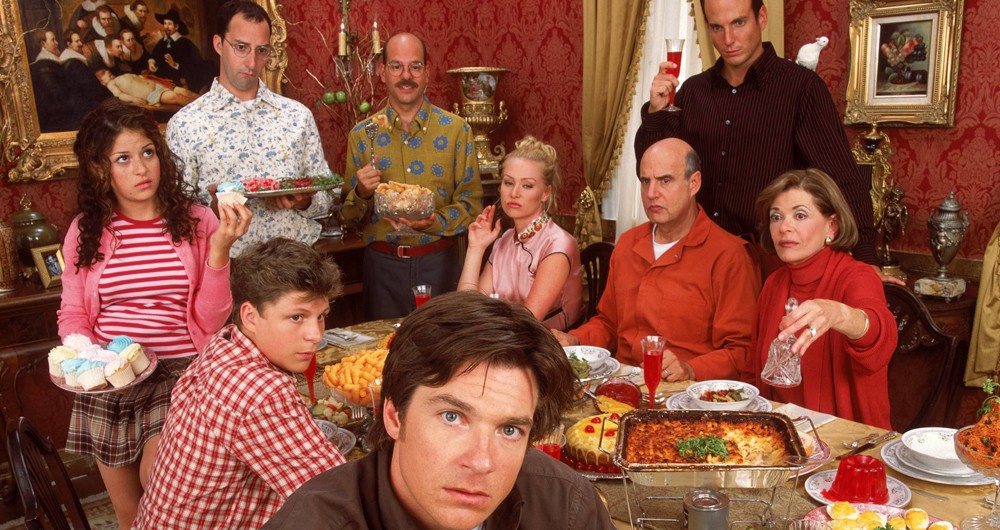 Arrested Development will soon be getting anustart.

Brian Grazer, executive producer of the cult comedy hit, revealed in an interview at SXSW that 17 new episodes are in the works. Netflix, home to Arrested Development’s web-exclusive fourth season, has yet to confirm Grazer’s statement. But it’s never too early to break into a chicken dance celebrating everyone’s favorite dysfunctional TV family.

After its original cancellation by Fox in 2006, Arrested Development returned to Netflix with 15 new episodes in 2013. But each episode only focused on one character at a time, and opportunities for the Bluths to laugh, ride and cornhole together were few and far between. And, honestly, what’s a nevernude without his magician brother-in-law?

Here are the 17 things we’re most looking forward to about having the Bluths back in our lives:

11. Ann—but not really
12. The Seaward leaving when she’s good and ready
13. Gob making a huge mistake

Always a pleasure to have Boston.com’s Perry Eaton in studio for a chat. After we talked a bit about Pearl Jam at Fenway and Perry’s new podcast, he filled us in on Game of Thrones live and Narragansett’s new Bananagrams-themed brew. END_OF_DOCUMENT_TOKEN_TO_BE_REPLACED

No, not from afar, from the comfort of her couch. From the actual awards themselves. That’s where Meredith Goldstein was for the Oscars. She shared all the juicy, first-hand details with me. END_OF_DOCUMENT_TOKEN_TO_BE_REPLACED

It was wonderful having our good friend Meredith Goldstein back in studio this morning. She dug into the latest edition of Love Letters, which prompted us to play this song. And of course we had to discuss the Oscars. Make sure you’re following Meredith on Twitter, as she’ll be live-tweeting the awards this Sunday night. END_OF_DOCUMENT_TOKEN_TO_BE_REPLACED

Our first edition of TV Sets for 2016 might be better than every edition from 2015. END_OF_DOCUMENT_TOKEN_TO_BE_REPLACED