It’s always rough to be broken up with via text message. But we especially wouldn’t want to be on the other end of a breakup text from Kaitlyn Nickens, 11, of Texas. 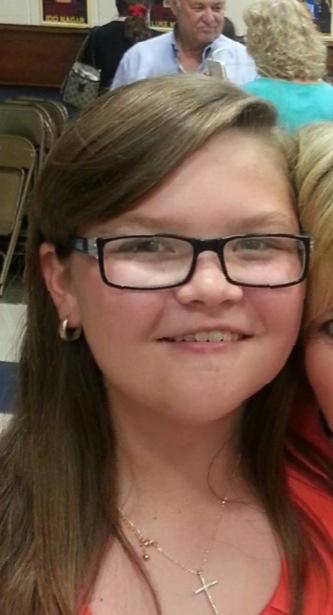 Kaitlyn had been dating her boyfriend, Joey, for about five months when she decided it was time to call it quits: 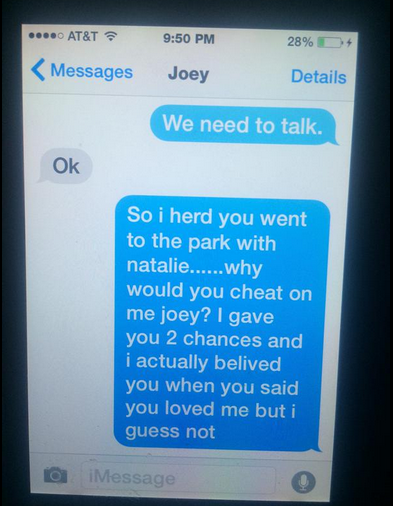 She gets right to the point. 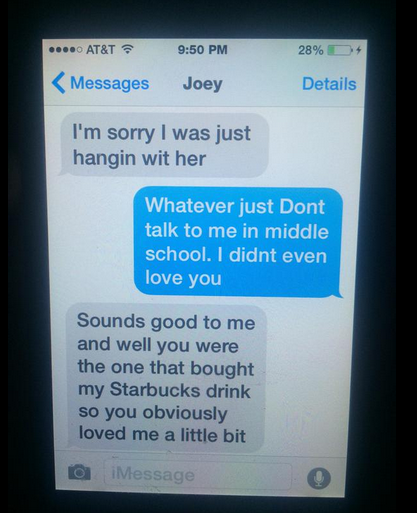 But that Starbucks drink didn’t mean what Joey thought it meant; we don’t think he knew what was coming: 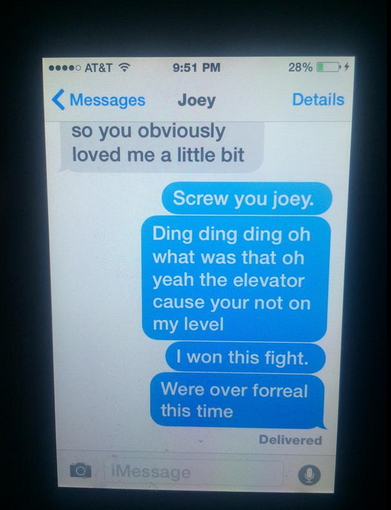 “That’s classic Kaitlyn,” says her mother, Tammy Nickens. “She’s very witty and quick on the draw.” (Apparently, the elevator line appeared on the Disney channel show K.C. Undercover, but Kaitlyn says she didn’t get it from that.)

Kaitlyn’s older sister Madi Nickens, 17, who’s tweeted screen grabs of her younger sister’s texts before, saw this conversation on Kaitlyn’s phone while she was sleeping and thought it was hilarious. 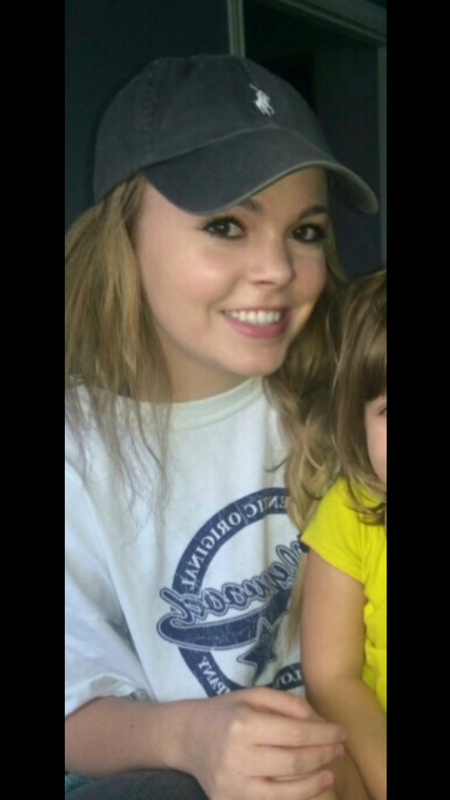 Madi posted it on Twitter without her sister’s permission—and that’s when everyone went crazy.

HAHAHAHAH oh my god 😂😂😭 my sisters "official break up" with her bf pic.twitter.com/IGyglQQA6m

Kaitlyn wasn’t so thrilled when she found out her private business was trending online:

Update: just told my sister she is twitter famous and she is now very mad I posted a "personal" conversation

But Kaitlyn didn’t stay angry for long. “I saw all the pages about me, and then I called some friends and was like, ‘Oh, my God, I’m Internet famous!’” she says.

And while the sisters say being “Internet famous” has its perks, they also say the nonstop notifications and requests can be “weird.”

Tammy says she thinks this experience has taught Madi and Kaitlyn a lesson about “how quickly things can go viral all over the globe.”

Oh, and “[Kaitlyn] did get in trouble for a little bit of the language on that text,” she says.

As for what all of this means for Kaitlyn’s love life? She says she’s not planning on dating again until she’s well into middle school.