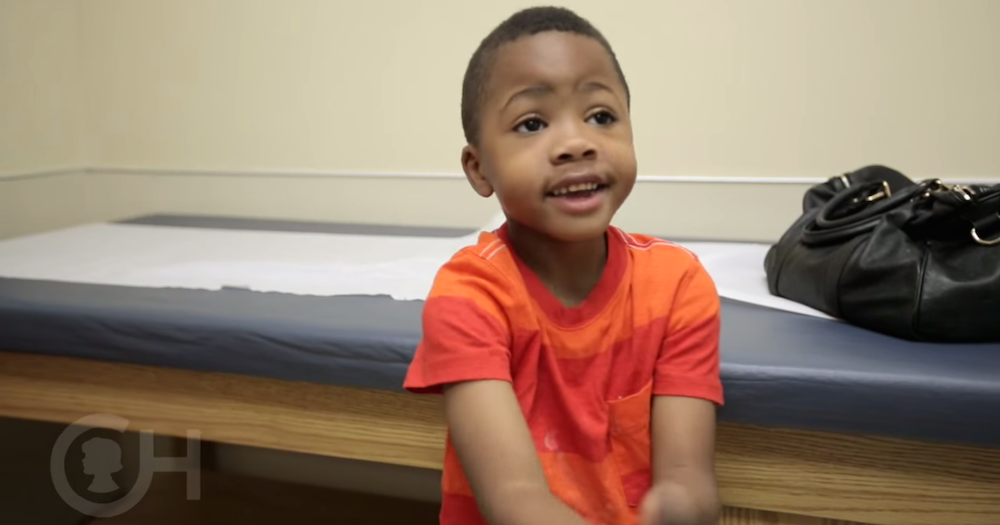 Like most 8-year-olds, Zion Harvey wants to swing on the monkey bars and throw a football. He goofs around with his sister and tells his mother that the two of them want a puppy to play with. He’s bright and precocious, and he wants to do the kinds of things any child his age would want to do. They’re things we take for granted, because they rely on fully functioning hands–which Harvey hasn’t had.

Harvey made medical history this month when he became the first child to have a double hand transplant, according to a video posted to the Children’s Hospital of Philadelphia (CHOP) YouTube channel July 28.

The Maryland boy lost both his hands and feet at age two to a life-threatening infection.

At the time, Harvey contracted a severe case of sepsis that led to gangrene and multiple organ failure. In addition to losing his hands and feet to the gangrene, Harvey had to undergo a kidney transplant and dialysis at the age of four. It’s a slew of medical emergencies and traumas that would shake the morale of most adults, but Harvey has taken it all in stride.

In interviews, Harvey is unabashedly happy. Before receiving his transplant, Harvey taught himself how to eat, write, and strum guitar, and has kept a positive outlook.

In a scene in CHOP’s YouTube video filmed prior to Harvey’s surgery, Harvey says he’d be OK even if the surgery failed.

“If it gets messed up, I don’t care,” he says in the video. “Because I have my family.”

According to CHOP’s YouTube video, anti-rejection drugs are necessary for a double hand transplant to be successful long-term. Harvey already has reacted well to similar medications following his kidney transplant, which made him an excellent candidate for the operation.

Harvey received two donor hands from a child of a similar age and size whose family has decided to remain anonymous. The 10-hour procedure took a team of 40 medical professionals, including surgeons, physicians, and nurses, according to a press release from the hospital.

Harvey’s bones, arteries, deep veins, superficial veins, blood vessels, nerves, tendons, and skin all had to be properly connected to his new hands.

And, so far, Harvey’s transplant has been nothing but a success. He showed up to a press conference July 28 with bandaged wrists and a smile, ready to talk about his operation.

Harvey’s family was there for him at the press conference. At Harvey’s request, they all stood up to be recognized by the audience.

“I want to say to you guys, thank you for helping me through this bumpy road,” according to the Washington Times. 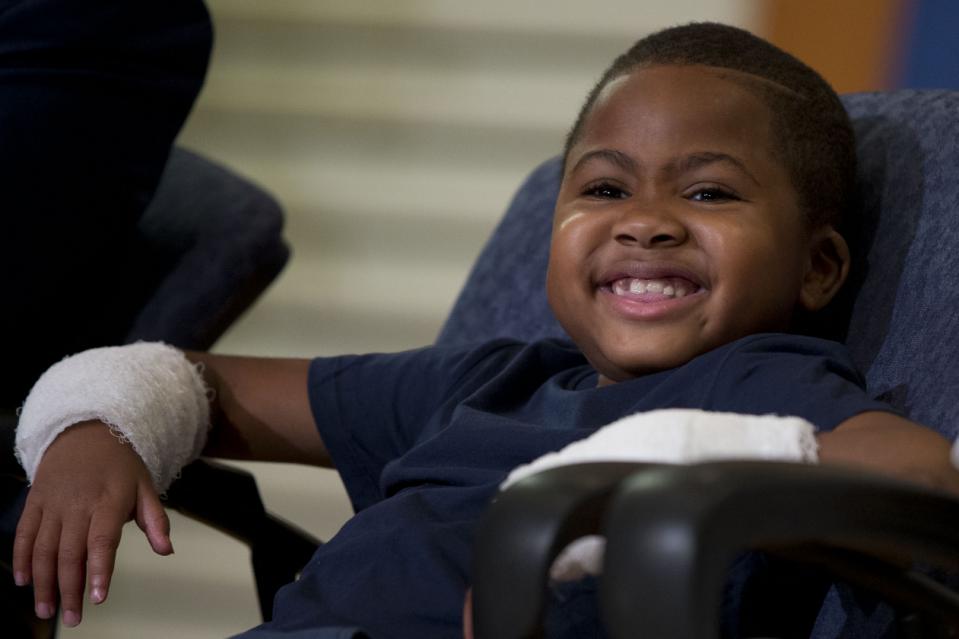 “When I saw Zion’s hands for the first time after the operation, I just felt like he was being reborn,” Harvey’s mother, Pattie Ray, told Today. “I see my son in the light I haven’t seen him in five years. It was like having a newborn. It was a very joyous moment for me. I was happy for him.”

And Harvey is taking it even better.

“I’ve never seen a tear, never an untoward face, never a complaint,” L. Scott Levin, M.D., FACS, director of the Hand Transplantation Program at CHOP and leader of Harvey’s surgery, told Today. “He’s always positive. And that, in and of itself, is remarkable.”

And what does Harvey think of all this? Well, he’s excited about what the surgery will allow him. Even more than the games of football and times on the monkey bars, Harvey looks forward to holding his sister’s hand.

“My favorite thing [will be to] wait for her to run into my hands as I pick her up and spin her around,” Harvey says of his sister, according to Today.

Harvey’s spirit hasn’t changed, and he’s as positive as ever. He’s still Zion, but now he can do the things that all children deserve to do.

“I’m the same person who I still used to be,” he told CBS, “but with some cool new hands.”