Yuengling returns to Boston: Is beloved beer worth the hype? 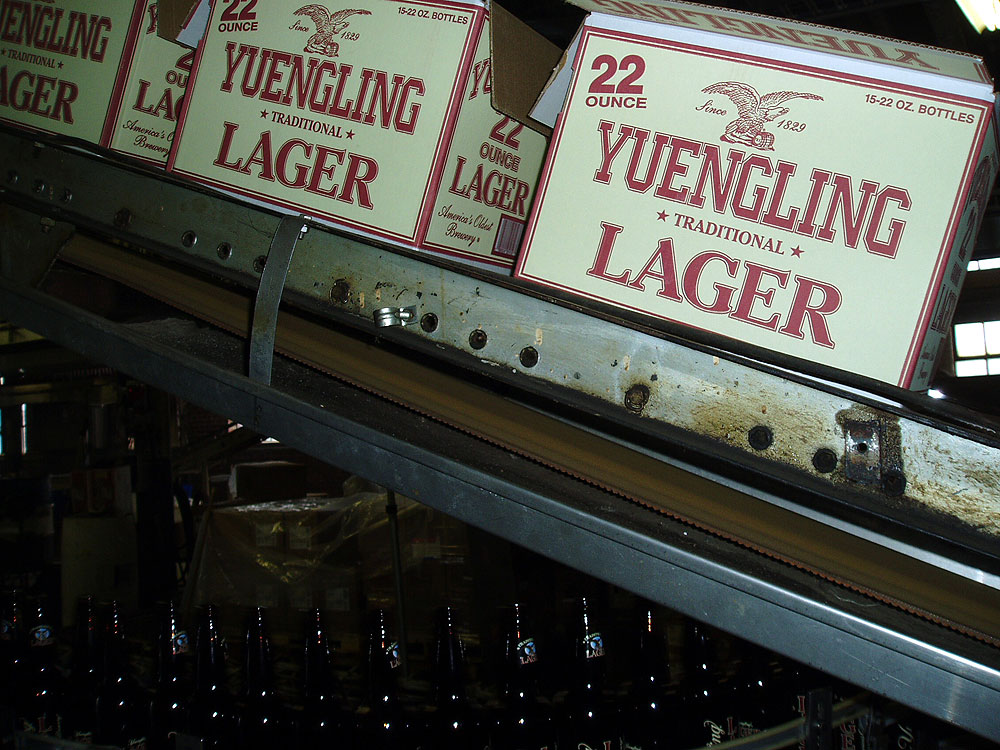 The new year approaches and with 2014’s arrival, Yuengling returns to Massachusetts in March after a two-decade absence. Cue the cheers! I was born and raised in the Keystone State, so when I heard the news that America’s oldest brewery, Pottsville, Pa.’s own D.G. Yuengling & Co., would be making one of my favorite beers available down the street in my adoptive home, you bet I was pleased. And I’m not the only one — this Facebook group imploring the beer’s return to the region has more than 16,000 likes. But I guess some people, like BDCwire’s Perry Eaton, think it’s just a fad that can’t compete in an already crowded beer market (and others just think it outright sucks). So before we could properly sit down over a pint of Yuengling, Perry and I decided to hash it out.

Perry Eaton: Before you go claiming it to be the best out-of-state arrival since Krispy Kreme came to Boston, please recall what happened to Krispy Kreme upon its grand entrance to the region. The anticipation of the doughnut company’s arrival was enormous, but what started as lines out the door quickly lessened to the point of closure in New England. I’m not saying that this will necessarily happen with Yuengling. It’s a tasty beer, and definitely worth the price, but it could be met with a similar phenomena.

Jon Palmer: There’s infrastructure here that Krispy Kreme couldn’t claim, even if that doughnut company has been around since 1937. First off, founded in 1829, Yuengling is the oldest brewery in the country. And in Boston, we’ve got the world’s oldest annual marathon, the oldest stadium in major league baseball, the oldest commissioned warship that still floats, and the oldest restaurant in continuous service in the US. We love old shit, so we should serve the beers of the nation’s oldest brewery. Bostonians are probably just jealous that it wasn’t founded here. Yuengling has a great family-owned history stretching back almost 200 years, including a stint during prohibition where they kept from folding by selling near-beer and ice cream, which recently came back into production. When prohibition ended, they trucked a shipment of beer to then-president FDR to say thanks. They are America’s largest brewer, now that Anheuser-Busch is foreign-owned. Also, they sell the stuff as far away as Florida, so they should just have it here already.

Jon Palmer: Sure, the nostalgia is a big part of the attraction, but that’s what makes it great. I was crushed years ago when I found out you can’t get the stuff here, so whenever friends from home came to crash on my couch during college, they would pay their keep with a case of Yuengling. This is a story I’ve heard repeatedly lately, what with all the buzz about the beer since the return announcement. Someone once even carried a 30-rack up in a rucksack for me on a journey that included a ten-hour train ride. A bartender once told me that for a few days each year, his bar’s house beer is actually Yuengling that some brave soul sneaked across state lines in keg form. I also knew of one crappy, now-defunct Mission Hill bar that actually did sell Yuengling, but for the price they charged, I could almost get a six-pack of it back home (where, by the way, you can pretty much just walk into any bar and ask for a Lager, you don’t even have to specify the “Yuengling” part). I’ll admit it has a lot of wild hype behind it, but it is at least partly deserved, because this is a good beer.

Perry Eaton: Speaking of local, could Yuengling’s possible success pose a threat to our own homegrown breweries? Yuengling is already perceived as tastier than ‘Gansett and cheaper than Sam Adams or Harpoon. A fad-based preference could put a financial dent in beer companies that represent Boston and hire locals. Most will pay no mind to this when buying a six-pack, but some will retain an allegiance to Boston beers simply out of desire to keep Boston on the map as a brewing hub. The immediate excited reaction of Yuengling might overshadow that but over time, when the luster wears off, it may help determine what kind of success story Yuengling will truly be in Boston.

Jon Palmer: There’s got to be as much room on Massachusetts shelves for this beer as there is in my own heart. Yuengling and our own Boston Beer Company are the top two American brewers, and you can grab a Boston Lager in all 50 states, so it’s only fair that you’ll soon be able to sip a Yuengling in Sam Adams territory. And hey, for years, Texans in Boston have been able to get their shitty Lone Star, so why can’t I have my much closer home turf’s much better brew here? I love the great variety of beers that you can find in this city, and one more beer isn’t going to radically change the market. Rather, it’s a welcome addition. Moreover, to Pennsylvanians-in-exile like me (or anyone from the other 14 states they currently sell Yuengling in), this return is heaven-sent.

That said, nobody in their right mind actually thinks Yuengling Traditional Lager is a great beer — anyone who claims to is probably a fellow Pennsylvanian looking at their own drinking past through rose-tinted beer goggles. It is true that absence makes the heart grow fonder, and beer drinkers want what they can’t have. Texans up here pine for Shiner Bock and Mid-Atlantic folks miss their Natty Boh. The craft crowd especially clamors for hard to get regional favorites, like Heady Topper, the Beer Advocate ratings of which are probably only so high because the number of places that sell the stuff is so low. But for the price, I’d argue that Yuengling can’t be beat. In taste, it certainly wins over ‘Gansett and PBR and I’d put it on par with a Boston Lager, though the latter is probably just me being romantic. When Yuengling finally hits shelves once again here next year like a triumphant General MacArthur returning to the Philippines, Bostonians are going to have a tasty and affordable new option, and out-of-staters who grew up with it will have a little taste of home. I can’t wait to crack one open.

Enter to win a pair of tickets to attend The Hess Collection Seminar and Dinner as part of Boston Wine Festival 2018 at the Boston Harbor Hotel on Wednesday, March 14th. END_OF_DOCUMENT_TOKEN_TO_BE_REPLACED

This year, the festival is welcoming more female wine producers than ever before, making up 20% of all winemakers that will be at the festival. END_OF_DOCUMENT_TOKEN_TO_BE_REPLACED

The holidays are here, so raise a glass. END_OF_DOCUMENT_TOKEN_TO_BE_REPLACED

‘Tis the season to mix a nice, stiff drink. END_OF_DOCUMENT_TOKEN_TO_BE_REPLACED

Warm up with Tito’s on your sweater and Tito’s in your glass. END_OF_DOCUMENT_TOKEN_TO_BE_REPLACED

There’s a ton going on at Idle Hands in Malden this spring. Dan McDonnell and Josh Deering joined me in studio to talk about Maifest, what’s new in the Taproom, and their collaboration with The Black Ale Project. Oh, and don’t miss Idle Hands at BeerAdvocate’s Microbrew Invitational next month! END_OF_DOCUMENT_TOKEN_TO_BE_REPLACED

Giovanna Guzman is the marketing coordinator at Kings Bowl, who you can visit in the Back Bay, Burlington, Lynnfield, Dedham, and soon in the Seaport. We talked beverages, naturally, seeing as it’s Thirsty Thursday. And we sampled sangria. And it was soooo good. END_OF_DOCUMENT_TOKEN_TO_BE_REPLACED

These five words might change your life: Farmer Willie’s Alcoholic Ginger Beer. Co-founders Nico Enriquez and Max Easton were in studio with me this morning. Nine-packs and kegs of Ginger Session coming next week! END_OF_DOCUMENT_TOKEN_TO_BE_REPLACED

Chef Avi Shemtov–he of the Chubby Chickpea and Single Guy Cookbook–was back in for a visit this morning to talk about his latest venture. TAPPED is a mobile beer catering company that specializes in on-site draft pours of both craft beers and mainstream brands. Thirsty yet? END_OF_DOCUMENT_TOKEN_TO_BE_REPLACED