Your Cat Really is Half Jungle Beast, According to Science 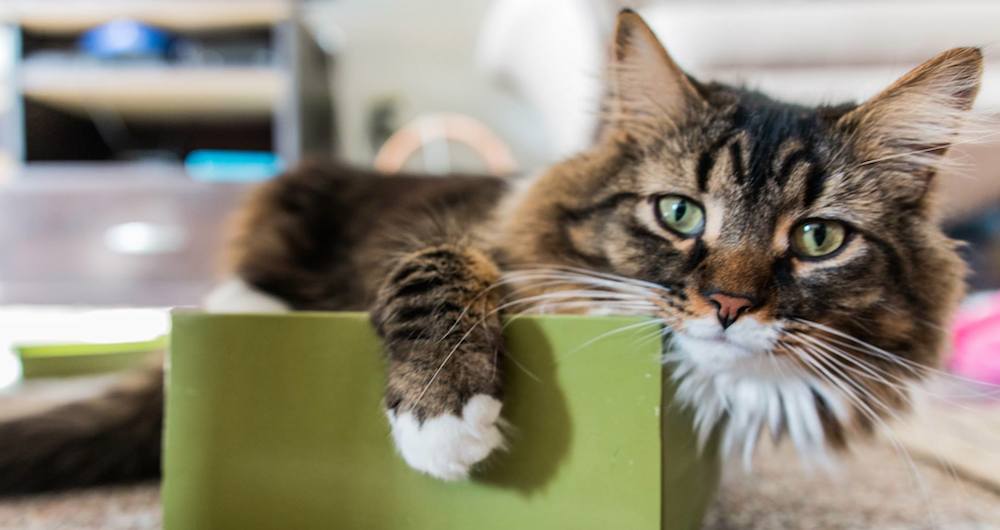 If the dead mouse in your slipper wasn’t proof enough your cat is a ferocious mini-tiger, a new study shows the genome of the common house cat is not all that different from its wild brethren. 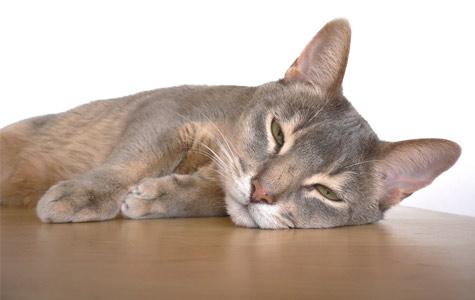 Scientists at Washington University in St. Louis recently sequenced the genome of an Abyssinian cat named Cinnamon, and compared the genome to humans, dogs, cows, tigers, and another cat breed known as the Birman, and found that your cat is probably still half-wild.

“We believe we have created the first preliminary evidence that depicts domestic cats as not that far removed from wildcat populations,” said senior author Wes Warren, an associate professor of genomics at the Genome Institute at Washington University, in St. Louis.

The fact that domesticated cats aren’t all that different from their wild cousins isn’t actually that surprising. Unlike dogs, who have been kept as human companions for over 30,000 years, cats only began to live with humans 9,000 years ago, and often bred with wild cats. It’s only in the last 200 years that humans have begun to practice intense genetic selection on house cats, breeding for coat types or favorable behavior traits like tameness and adorable faces you just wanna snuggle.

The most important trait found in the genome, according to Warren, was a reward-seeking one.

“Humans most likely welcomed cats because they controlled rodents that consumed their grain harvests,” said Warren. “We hypothesized that humans would offer cats food as a reward to stick around.”

So when your cat refuses to go to the vet even when you try to trick it with salmon treats, it’s showing a survival instinct genetically inherited from its wild ancestors. (And clearly not inherited by my dog, who would eat gravel if there was peanut butter on it.)

No word yet on whether scientists have identified the trait that makes cats sit on your face at 5 AM.

END_OF_DOCUMENT_TOKEN_TO_BE_REPLACED

All was right in the galaxy when Harrison Ford made his epic return as Han Solo with his sidekick Chewbacca in the new Star Wars: The Force Awakens trailer. In the clip, we see that Han Solo has aged with time but one Twitter user noted that his side-kick Chewbacca seems to remain exactly the same.
END_OF_DOCUMENT_TOKEN_TO_BE_REPLACED

Over the weekend, the scientist made an appearance at the Sydney Opera House in holographic form, speaking about his life, ALS diagnosis, and how science can help the healing process of former band member Zayn Malik leaving.
END_OF_DOCUMENT_TOKEN_TO_BE_REPLACED

This summer, the Museum of Science brings you to infinity and beyond with their new exhibit The Science Behind Pixar.
END_OF_DOCUMENT_TOKEN_TO_BE_REPLACED

While Cards Against Humanity is most famous for creating some of the most awkward moments at your most recent family get-together, they’re dipping their toes into social justice and outreach via a recently released new deck entitled the “Cards Against Humanity Science Ambassador Scholarship.” END_OF_DOCUMENT_TOKEN_TO_BE_REPLACED

Maybe it’s because only 17 percent of the world’s population has them, but many people have long had an affinity for blue eyes. That number will probably increase now that Stroma Medical has pioneered a procedure that can permanently change brown eyes to baby blues, according to a CNN report.
END_OF_DOCUMENT_TOKEN_TO_BE_REPLACED

Sure, celebrities endorse diet fads all the time, but Beyonce, ever taking it to the next level, is launching one. Yesterday, it was announced that the superstar is signing on with her trainer Marco Borges to promote the vegan meal delivery service 22 Days Nutrition. END_OF_DOCUMENT_TOKEN_TO_BE_REPLACED

It’d take a lot of money to make me drink poop. I’ve never put a price on it before, but gun to my head, I wouldn’t do it for any less than what Bill Gates makes in five seconds. But Bill Gates made a video of himself drinking recycled poop to prove a very important point. END_OF_DOCUMENT_TOKEN_TO_BE_REPLACED

“The very best [college] stories I can’t share with you,” says Bill Nye – a sentiment that I’m sure most of us can share. END_OF_DOCUMENT_TOKEN_TO_BE_REPLACED

DO YOU EVEN SPICE, BRO? END_OF_DOCUMENT_TOKEN_TO_BE_REPLACED