Your Boston Family, In Order of How Much They Love You 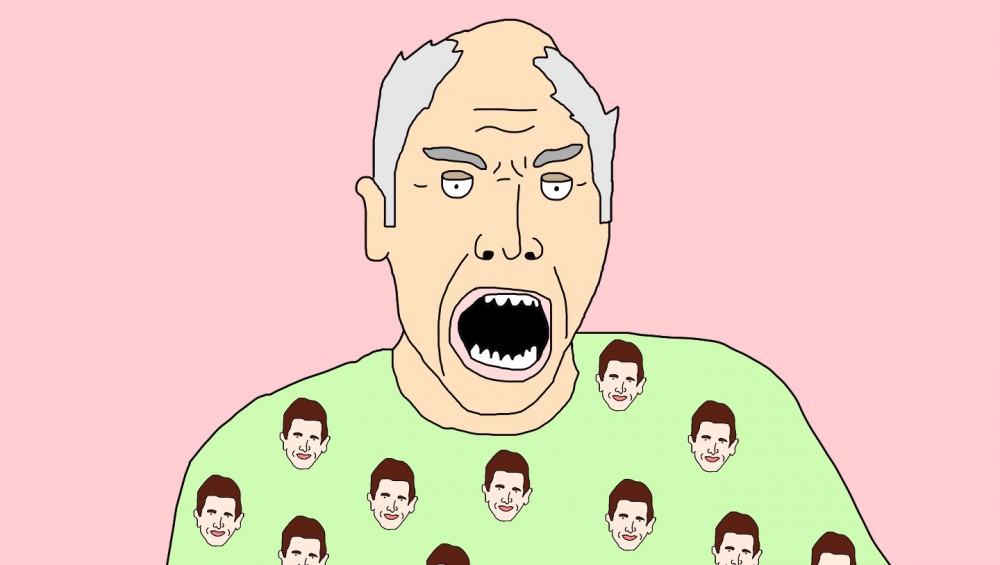 There is no shortage of buzzy articles on things that are #SoBoston, Things Only Bostonians or New Englanders would understand, and so on. That’s nice. That’s cute. But here’s the real question: does your family even love you?

We did some digging, spent countless hours interviewing those closest to you and discovered the truth – your Boston family thinks you’re all right, but some like you more than others. Our exclusive report is below. 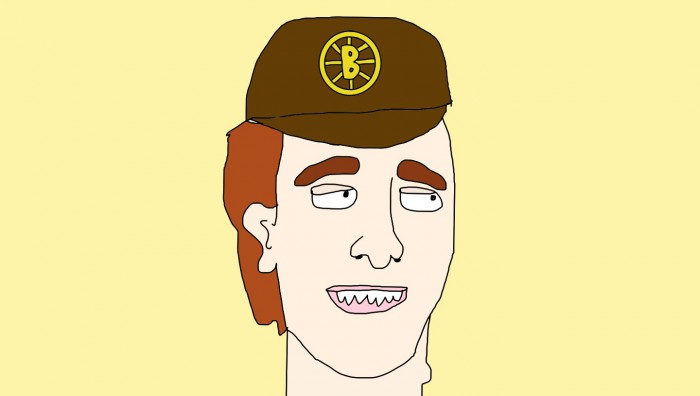 Your Politically Incorrect Cousin
Your cousin Tom says that he likes “the good ones,” but this was enough evidence to peg him as the vaguely racist, ultimately harmless fan of Two and a Half Men that he is. You two haven’t been in touch since you accidentally ran over his leg with that zamboni at hockey practice when you were both fifteen, but he says he forgives you for it.

“Not as bad as some of the guys on the team,” he said with a sideward glance. When I asked him what he meant, he answered, “you know,” then ultimately admitted he was speaking of virtually any non-white high school hockey player. Nice guy, that Tom. 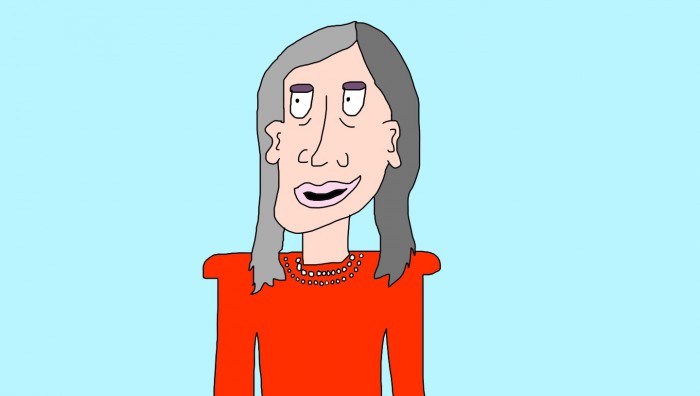 Your Overly Political Aunt
Your Aunt Susan works for the city government and has a lot of opinions on Obamacare and tunnels – she’s for one and against the other, but I can’t remember which was which. She told me about the time you interned in her department during college and admitted that while you weren’t born to be a legislator, you could “alphabetize faster than any intern I’ve ever had, and I’m not just saying that.”

While you guys have fallen out of touch lately, she’s continued to work thirteen-hour days in a series of power suits, and has the same faded “Ready for Hillary” bumper sticker adorning the back of her Volkswagon that she did when you were in high school. This Christmas she’s planning on getting you a book on political satire and a few good thermals, but don’t tell her I said anything! 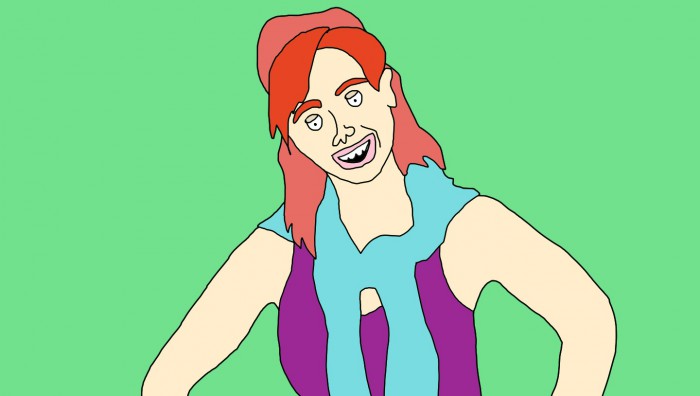 Your Mahm
What? Your mom doesn’t love you? She explained in an exclusive interview given to me from her Honda Civic:

After the first one, they sort of raise themselves, know what I mean? I really wish that he’d taken a higher dosage of Adderall in middle school, then he might have been a little better in science. That worked for Ben, anyways.

Your mom’s new boyfriend yelled loudly an episode of MasterChef Jr. in the background, so I couldn’t quite make out all the audio from the interview – suffice it to say, you are her third favorite of her four children, and only because your sister Jeanine has a drug habit.

She also thinks that Jimmy Fallon is supercute, and you look like him except for the nose. Did you know that everyone gets plastic surgery these days and it’s no big deal? She wanted me to tell you that. 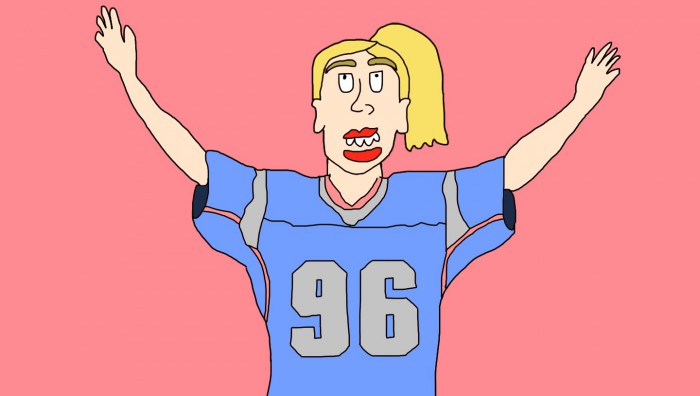 Your Sister-in-Law Who Refers to Sports Teams as “Us”
I met your sister-in-law and she is, objectively, the worst. Clad in a Pats jersey and a Sox cap, she engaged me with what felt like twelve hours on why “we” can be doing better this season, why “we’re” not working hard enough on training and why “we” really need to get our act together if “we’re” going to take it to the next level this year. She then took an enormous tray of nachos out of the oven and proceeded to eat four in one bite.

“Me? Oh, I’m a teacher,” she answered before launching into a tirade on why “we” can’t seem to catch a ball anymore, are these baseballs regulation or what and why is your brother Charlie working so many hours lately? 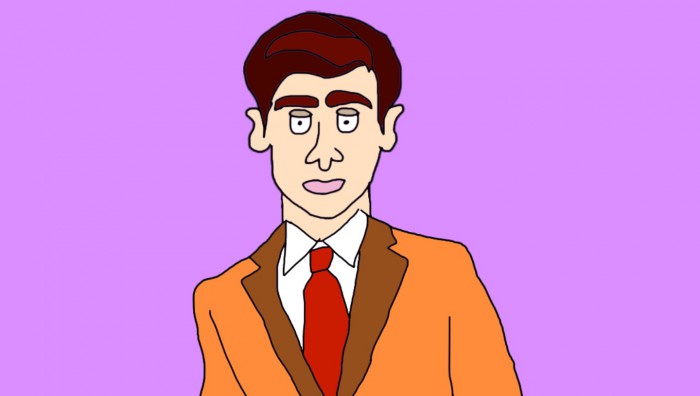 Your Overachiever Brother Who Thinks You Could Make It Into the Ivy League If You Just Applied Yourself
Your brother Ben didn’t let me leave the interview without an application for the Tufts Graduate Medical Program to give you, and thinks if you just buckled down and stopped playing the acoustic guitar so much, then hey, maybe you could make something of yourself. Oh, and I’m pretty sure there’s a 20% off coupon to Vineyard Vines, too. He said your khakis were looking a little shabby when he and his Financial District mogul boyfriend took you out to dinner on Valentine’s Day because your Tinder date bailed after her ex-boyfriend from Jersey decided he wanted her back.

“It just kills me to think of him paying off a degree in the flute,” he said, shaking his head. “He’s never going to be able to afford to come on vacation with us to Nantucket and he desperately needs the sun.” 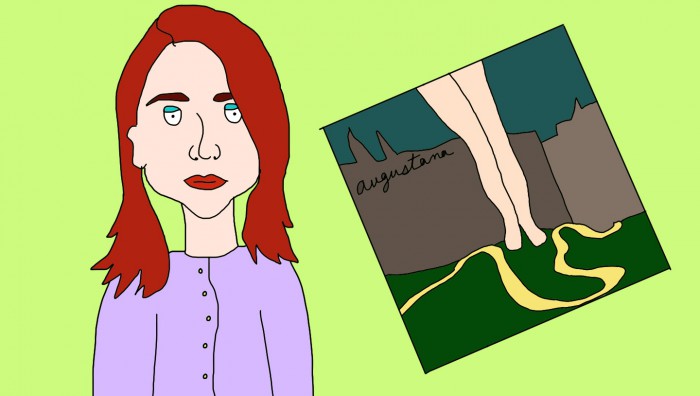 Your Sister Who Moved to DC But Still Listens to “Boston” by Augustana Once a Month
Man, your sister sure owns the same cardigan in a lot of different colors! She says she misses you, and that you’ve really got to check out the independent theater scene in DC next time you’re here, there’s this musical about the war on drugs that she thinks you’d really like (though I would personally advise against it).

When I asked her if she misses living in Boston, your sister politely rolled her eyes and took a bite of a slider.

“It’s a nice place to visit,” she said impartially, then played “Boston” by Augustana while telling me about how she thinks your mom is a good person, just not a good parent. 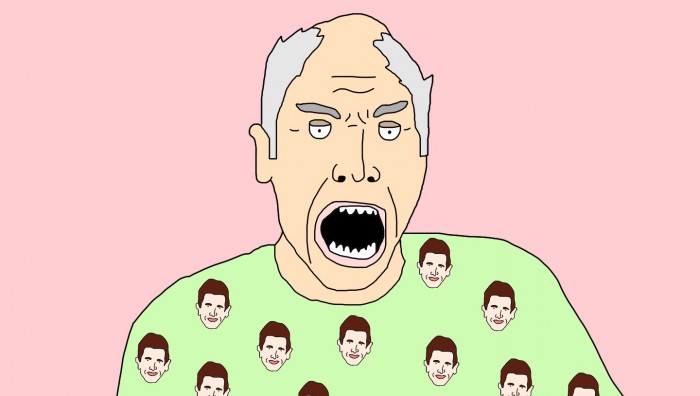 Your Uncle Who Believes Mark Wahlberg is Innocent
“He was framed,” your Uncle Dan told me before I even introduced myself, and so began a half hour interview with perhaps the only Mark Wahlberg truther in existence. While it’s indisputable fact that Wahlberg committed a series of pretty heinous hate crimes, your Uncle Dan’s fan site has adamantly denied this for years, and doesn’t seem to be letting up any time soon.

“And the music that guy made?” he asked rhetorically before making a weird, Italian chef kissy gesture before regaling me with his opinions on Korea.

He also wanted me to ask you if you want to see the Ted 2 midnight screening with him this summer – word on the street is that those tickets go fast. 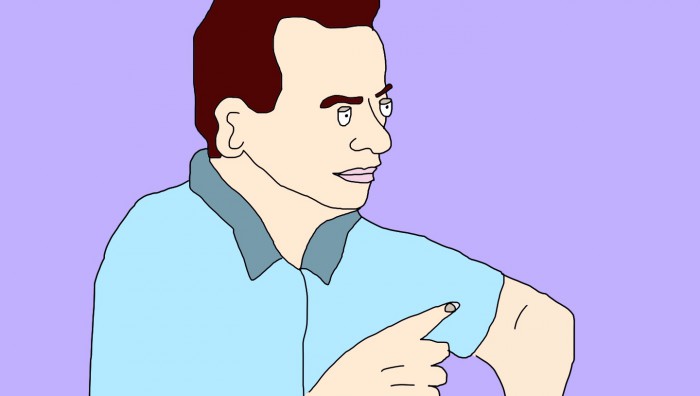 Your Dad, Who Actively Killed His New England Accent Over a Course of Years
“No, I was really born in Worcester,” your dad said, taking extra care to hit on the last consonant just right. “Born and raised, but I did a semester in London and boy, did it set me straight.”

He wasn’t always like this – in his early 20s, he was absolutely desecrating the English language, but his decision to reintroduce the hard “r” to Western Massachusetts in the late ’80s was the first nail in the coffin of your parents’ marriage. These days, he has an impossibly neutral accent that’s hard to pin, leading the average person to think that he’s more lab-curated science experiment than man.

“He knows that, though, we just didn’t love each other,” your dad continued, hitting so hard on that last “r” that it sounded a little Baltimore. He said he’d be by Cambridge to see you this weekend, and would park the car in “whatever yard that parking was available.”

Enter to win a pair of tickets to attend The Hess Collection Seminar and Dinner as part of Boston Wine Festival 2018 at the Boston Harbor Hotel on Wednesday, March 14th. END_OF_DOCUMENT_TOKEN_TO_BE_REPLACED

Boston band Funeral Advantage is Tyler Kershaw. And Tyler Kershaw had a fun childhood, so it seems. END_OF_DOCUMENT_TOKEN_TO_BE_REPLACED

Perry put me on to daephne and the album blew my mind. END_OF_DOCUMENT_TOKEN_TO_BE_REPLACED

END_OF_DOCUMENT_TOKEN_TO_BE_REPLACED

Ted Regan of the family-owned and operated Mass Bay Lines joined me in studio this morning. This summer, Mass By Lines is celebrating their 50th anniversary by adding a variety of specialty cruises to their well-known Harbor Tours, Sunset Cruises, and Starlight Cruises. Click here to enter to win VIP passes that will get you on to any cruise for free for the entire summer! Click through to listen to my chat with Ted. END_OF_DOCUMENT_TOKEN_TO_BE_REPLACED