How Far Manny Pacquiao Has Come, in One Photo 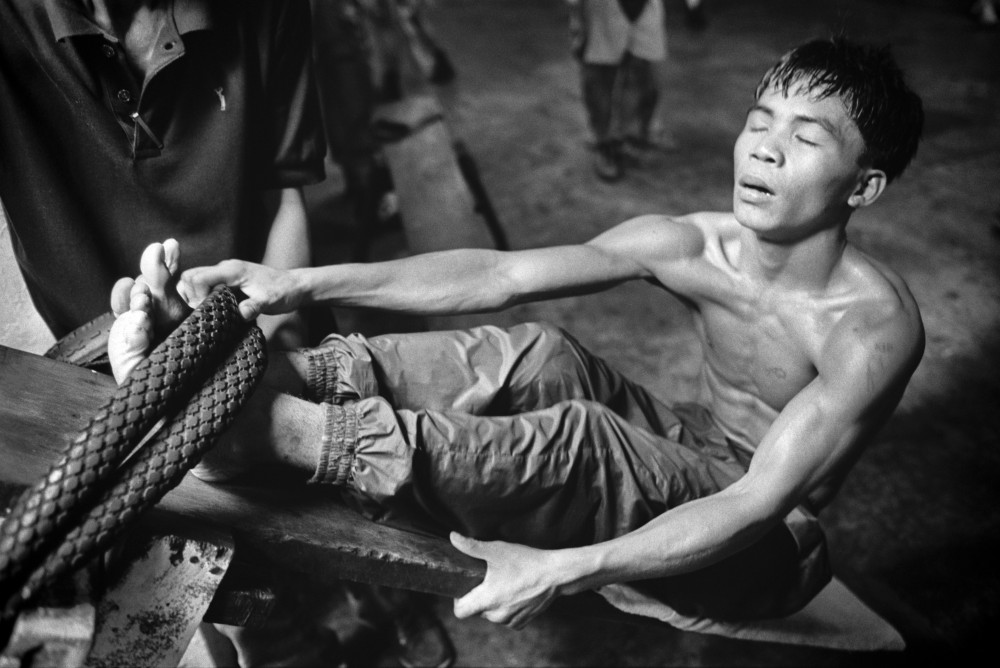 “Sacrifice. When I see that photo I remember my sacrifice.”

The image is stark. A teenaged Manny Pacquiao, lean and spent, completes an inverted situp in a spartan Filipino gym. His legs are tied around a wooden plank with bicycle tires, and he can’t weigh more than 110 pounds.

It’s 1996 in Manilla, and Pacquiao is two decades and a world away from participating in what will be the richest fight in boxing history.

Teenaged Manny Pacquiao had no idea what’s to come.

“Whatever food I want, I can buy.”

Pacquiao grew up in extreme poverty in General Santos City in the Philippines. At 14, he ran away from home to pursue his boxing dream in Manila. According to his trainer, Freddie Roach, the straw that broke the camel’s back was when Pacquiao’s father ate the family dog.

Once in Manila, Pacquiao joined the LM Gym. Through a representative at HBO, we showed Pacquiao the photo above, which was taken at LM when Manny was 17.

“We lived there, at the gym,” says Pacquiao. “There were rooms with other boxers. It was hot, no air conditioning.”

By the boxer’s own account, he’d fight every month — sometimes twice a month — for 1,000 pesos. That’s roughly $22. He’d send most of the money to his mother and brother, so his mother could buy food and his brother could study.

Now, Pacquiao is one of the biggest draws in the sport. He’s the first man to win a title in eight weight divisions, and he’s expected to make at least $80 million when he fights Floyd Mayweather on Saturday night.

“Whatever food I want, I can buy,” he says. “I have money. We’re not starving anymore.”

How would teenaged Manny Pacquiao react if he knew what the future held?

In 2008, Pacquiao tore down the LM Gym, where the above photo was taken. He replaced it with a seven-story building that houses a new, state-of-the-art boxing facility. 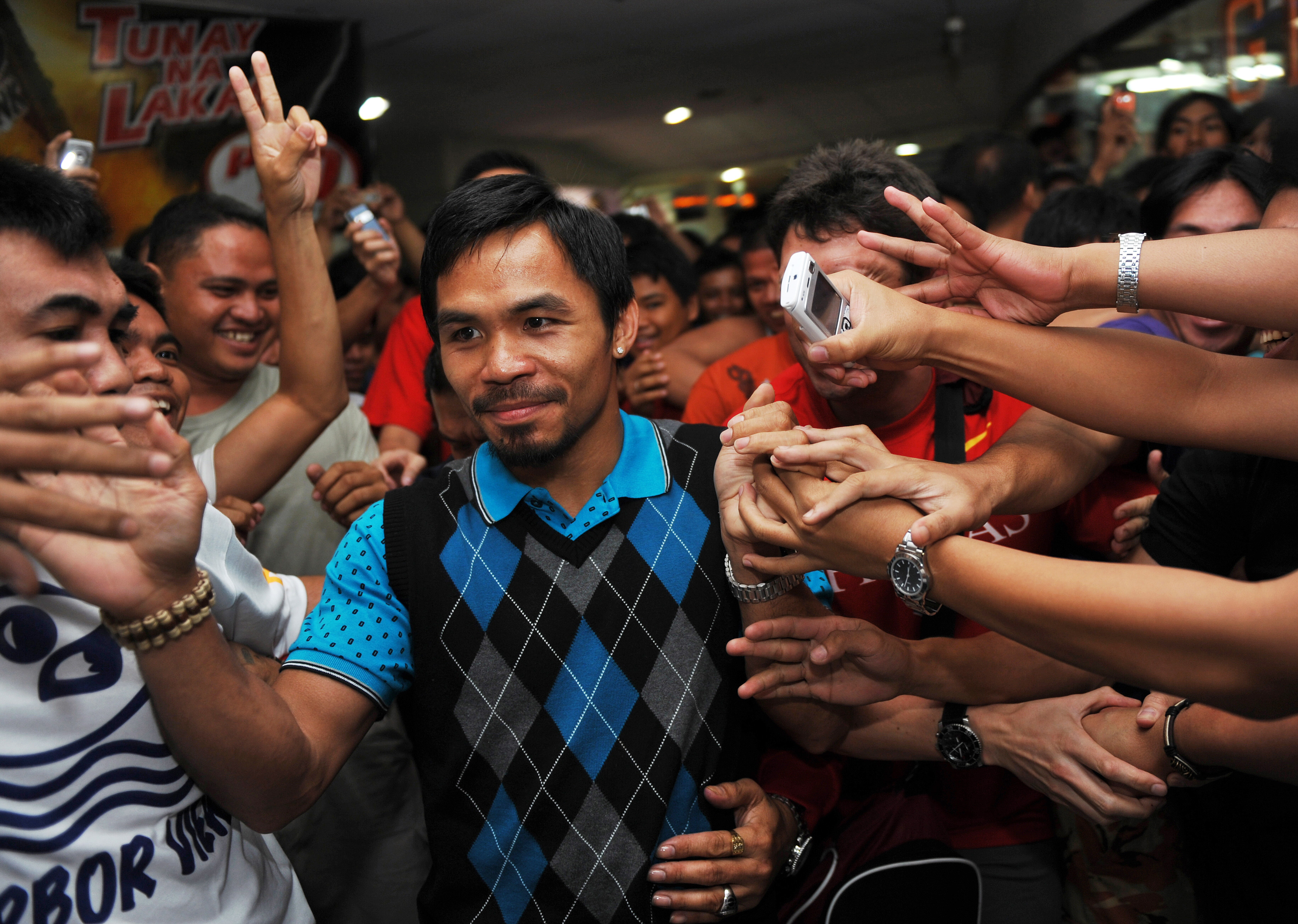